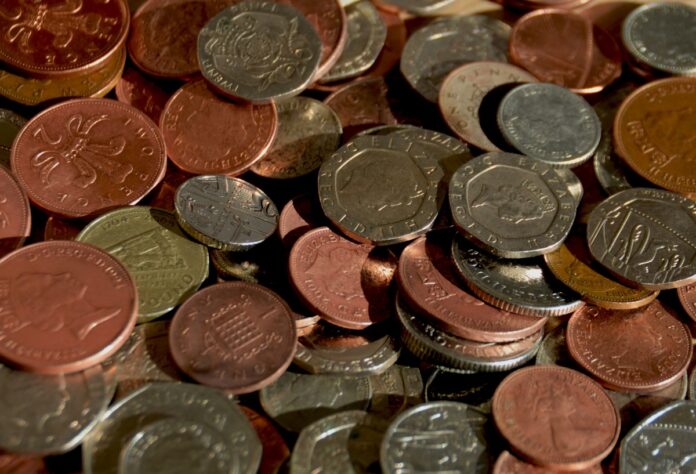 The Bank of France has released a working paper, calling out Modern Monetary Theory as dogmatic and not grounded in economic reality.

Essentially, the Bank of France is debating whether it's better to ride a dead horse, or a comatose horse… https://t.co/o8QIaqAc0q

What is Modern Monetary Theory?

The recently released paper titled The Meaning of MMT by Françoise Drumetz and Christian Pfister deals with the dogmatic sources and the wrongful conclusions of Modern Monetary Theory (MMT), which has gained prominence in Europe and the US over the past years. The Bank of France economists conclude:

Overall, it appears that MMT is based on an outdated approach to economics and that the meaning of MMT is more that of a political manifesto than of a genuine economic theory.

In a nutshell, one of the most destructive tenets of MMT is that there is a free lunch in money printing, if this fiat money is used to create jobs in the public sector. Essentially, MMT gives central banks a free pass to print as much money as it needs until full employment is achieved.

A prominent example for MMT in US politics is the “Green New Deal”, which has been proposed by Democrat Representative Alexandria Ocasio-Cortez. Her plan encompasses a governmental job guarantee through public spending on environmental projects.

Within the MMT dogma, fiat money can also be used to repay government debt. This is exemplified by former Federal Reserve chairman Alan Greenspan, who once stated:

The United States can pay any debt it has because we can always print money to do that. So there is zero probability of default.

Although it seems as if economists are beginning to realize the destructive effects of fiat money printing, it is unlikely that this will put a stop to the free lunch mentality still present in mainstream economics, such as the Keynesian school. One might also say that MMT is merely Keynesian economics, but on steroids.

The Keynesian dogma postulates that governments and central banks should act countercyclical to the economic situation. In times of an economic downturn, monetary and fiscal policy should be loosened (“Quantitative Easing”) to encourage investments and consumption. In boom phases, these policies must be tightened again.

In practice though, this tightening has never happened since the financial crisis of 2007. Cheap access to liquidity and loans have caused failing businesses to stay afloat, that were uncompetitive and should have gone bankrupt. Over time, these “zombie companies” have accumulated to such a point that a monetary tightening would cause a massive wave of insolvencies.

Politicians and central bank economists know that this is happening and that monetary policy needs to be tightened urgently, but of course no one wants to be responsible for causing such a massive economic depression. Hence, the money printing continues. This may also be the reason why MMT became so popular recently, because it provides an excuse to rationalize this behavior.

It shows that there is no current economic model that can accurately predict the effects of fiscal and monetary policy on any given fiat money system. Despite excessive money printing by the ECB, inflation rates in the Eurozone did not reach the ECB’s desired inflation target of 2% for years after the financial crisis, only to jump to a 13-year high most recently.

Even Austrian Economics fail to explain why the Euro has remained so remarkably stable throughout all of these years. When we take cryptocurrencies into account, the Austrian model breaks down completely.

Austrian Economics postulate that all money printing causes a currency to devalue, as soon as the money is spent. Empirically, we know that this is not true. When we take a look at cryptocurrency-funded projects, such as Yearn Finance, Algorand, or Terra, we can see that treasury spending often leads to the price of a token to go up, which is akin to deflation in fiat money systems.

Thanks to thousands of cryptocurrencies that have hit the market since the launch of Bitcoin in 2009, we have plenty of empirical data on how currency systems react to policy changes. It might be time for central banks to take a closer look at some of the best practices that have emerged in the crypto industry and to draw their own conclusions on how to run a fiat money system.

The credibility of money

Interestingly, the Bank of France paper has an approach on that, by mentioning the credibility aspect of a legal currency. Fiat currency is only able to retain its value if its users can be relatively sure that they will be able to redeem that money for goods and services at a stable price. If this credibility is lost due to poor monetary policy, hyperinflation kicks in.

Under this aspect, the working paper also notes why it is detrimental to forbid the use of competing monetary systems, such as cryptocurrencies:

The contemporary approach to money is also there to show that, if the state usually does not impose the use of the legal currency in private transactions, it is because it would be ineffective and would hurt its own interests. Either the legal currency is credible, and the regulation would either be useless or create suspicion on the part of the public, or it is not and, by trying to force the public to use it, the government would lower the level of transactions and divert part of them to the underground economy, in both cases hurting tax receipts.

This also sheds a new light on China’s repeated efforts to ban cryptocurrencies. Essentially, China is admitting that the Yuan is such a shitcoin that they need to force people to use it.