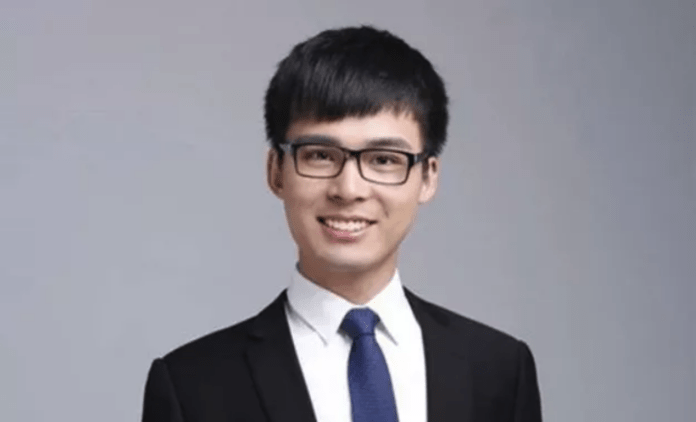 Cross-chain technology has become a hot topic this year. Both Cosmos and Polkadot have attracted a lot of attention. On the other hand, EKT is one of the few original cross-chain projects in China. Its main feature is “multi-chain and multi-consensus, one main cryptocurrency per chain”.

How to understand multi-chain and cross-chain technologies? What is the difference between EKT and other cross-chain projects? With these questions in mind, SV Insight interviewed Zhou Xun, CEO of EKT.

Why do we need cross-chain technology?

We can do a horizontal comparison of Ethereum, Polkadot, and EKT. There is a very good metaphor in an orange-paper article (https://orange.xyz/p/379) treating them as three small villages doing bookkeeping. Every villager in the villages has his own ledger that can do bookkeeping independently. This kind of bookkeeping method is decentralized, and the credibility of bookkeeping is guaranteed through the reward and punishment mechanism.

Ethereum is such a village. The villagers hold their own ledgers and ask other villages whether they want help with bookkeeping.

If only the Ethereum family is doing the bookkeeping, then everyone uses the same format. The problem is that other villages have also joined the bookkeeping game: the format of their ledgers are not the same, and the contents do not match. Now, this is where cross-chaining is required. Cross-chain technology allows one account to be “interoperable” with another, but ultimately, its purpose is to achieve the effect of having only one ledger for all villages in the world.

EKT and Cosmos are similar in their approaches, providing a uniform specification of the ledger structure, which is equivalent to an “isomorphic multi-chain” architecture. If the same ledger structure is used throughout the world, then even if the bookkeepers are different, all the books can eventually be “communicated and understood”, and it achieves the effect of having only one ledger.

It is worth noting that EKT is essentially providing two uniform specifications of the ledger, one is the token chain which is dedicated to handling token transactions, while its DApp chain is allowing different developers to create their own DApps.

The method used by Polkadot is different. Polkadot sends a group of villagers to different villages to help them build ledgers and then connected all the ledgers through a general ledger. If all villagers use this bookkeeping system of Polkadot, it is equivalent to there being only one ledger in the world.

Some people compare EKT’s cross-chain method to the Android system, which achieves interoperability through a unified and relatively more open system. In contrast, Polkadot’s method is like the iOS system, with stronger control over the parallel chains.

How do assets cross chains？

In the EKT system, the trading and transfer of assets between different main chains are very simple. As all chains share the same set of user system, EKT naturally supports cross-chain transfers of assets.

EKT and Polkadot are similar in the way of connecting to existing public chains which cannot communicate with their system, such as Ethereum. EKT does it through bridges, while Polkadot does it through relay bridges. These bridges require custom development.

EKT has plans to support popular public chains such as Ethereum and EOS.

Unblock the performance bottleneck with multi-chains

As mentioned above, Ethereum is like a village with its own villagers asking other villages if they need help with bookkeeping. A single-layer ledger system is used to record bookkeeping of all villages in one place.

It can be simply understood as the Ethereum village having only one road leading to the outside world. The villagers recording all sorts of transactions are running on this road, causing it to become overcrowded.

How can Ethereum improve its performance while it can only account for one village at a time? It can distribute the bookkeeping tasks through sharding to improve its speed.

In comparison, EKT abandoned the traditional scheme of “one chain to rule them all” and designed its new public chain that guarantees the normal operation of each contract by adopting a new “one-chain-one-contract” mechanism. It can be understood as each chain leading to a separate village, which ensures that the surge in traffic on one chain does not affect the efficiency of other chains. Any business carried out on the chain will not get interfered by other services, effectively implementing resource isolation.

How does Polkadot break through the performance bottleneck? Its general ledger can achieve communication with 100 villages, which is sufficient for now. If the number of villages increases in the future, a new relay chain can be generated to connect the new villages. On top of these underlying relay chains, there could potentially be a higher level of relay chains as the new final ledger.

The founder of Polkadot is Gavin Wood, former CTO and co-founder of Ethereum. Polkadot is clearly a star project this year. Cosmos has also made headlines after its main net went online this year.

EKT is one of the few independently developed cross-chain projects in China. Initiated in 2017, it is among the earliest public chains to support original multi-currencies. EKT’s multi-chain technology, independently developed AWM smart contract development language and AWM Virtual Machine, have provided great conveniences for the development of the later blockchain projects and can be adopted in any blockchain application scenario.

The development of these multi-chain and cross-chain technologies will definitely accelerate the application and implementation of blockchain.

(1) Why is Polkadot’s true rival not Cosmos but Ethereum? (为什么说波卡的对手不是Cosmos，而是以太坊？)