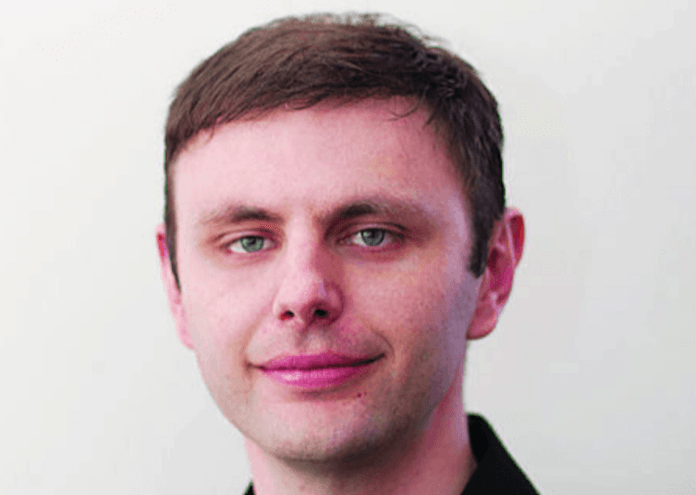 The rapid increase in demand for cryptocurrencies has led to a significant increase in transactions on public blockchains. It’s no surprise the value of these networks has grown in turn as suggested by applying Metcalfe’s law to transactions. However, attempted transactions have at times outgrown the capacity that the individual blockchains permit. In effect, each blockchain acts as a scarce resource for use due to the limits in the security focused designs, bandwidth, and hardware.

Differences in performance are observed in the four currently most used blockchains: Bitcoin, Bitshares, Steem, and Ethereum. In the last year, both Bitcoin and Ethereum were observed to hit their limits in transaction throughput. Hitting the ceiling resulted in backlogs and delays or higher fees, but both were able to adapt slightly for more capacity. In contrast, Steem and Bitshares this year have been processing more than double the transactions of both Bitcoin and Ethereum with untouched limits thousands of times higher.

Dan Larimer created Bitshares (2014) and Steem (2016) with the original Delegated Proof of Stake (DPoS) and graphene technology. His involvement with blockchains dates back to the early days of Bitcoin where he would have forum discussions with the mystery inventor of Bitcoin, Satoshi. The DPoS design is often criticized for relying on only 20 to 100 validators, security nodes that decide the validity of transactions. Dan argues delegating control by far more users via voting to 21 even in power validators is more decentralized than delegating hashing power to far fewer dominant mining pools observed in Bitcoin or Ethereum. Dan claims DPoS to be “the most decentralized” by formalizing the decentralized peer review of 21 equivalent validators for security instead of a strict reliance on wealth for selection used in other designs, often too concentrated according to Pareto principle. Currently he is working with block.one on EOS, a new blockchain for decentralized applications (dApps), based on the next evolution of these technologies. The proposed list of features is not entirely new as many can be observed in action today on the blockchains of the previous two evolutions.

Bitshares launched after the 2013 collapse of Mt. Gox to help replace existing cryptocurrency exchanges. To achieve this, the cryptocurrency was designed as the fastest in existence (claims 100,000 compared to 20 transactions per second possible on Ethereum), surpassing even VISA. The block time, that determines how fast users transaction can be included on the blockchain, were at unprecedented 3 seconds compared to 10 minutes on bitcoin. The platform included a decentralized exchange (DEX), prediction markets, tokens, easy to read account names, and the only trustless pegged tokens such as bitUSD with a stable value of a US dollar via smart-contract locked collateral and oracles. It was also the first self-sustaining blockchain with a decentralized autonomous organization (DAO) funding development from the treasury to this day. Notably, Bitspark, a global remittance business working with the UN, have recently switched to Bitshares.

All these advances Dan Larimer later included in Steem which also uniquely eliminated all transaction fees via the bandwidth model. Fees are a standard security measure to prevent spam but charged to users. The bandwidth model prevents spam without charging users by splitting total capacity between users who simply have the currency. The design allowed them to build on it a seamlessly fast fee-free steemit dApp, a social media platform. Lack of fees combined with the speed enabled microtransactions, free actions like voting, and a user experience aimed to let users forget they are using a blockchain. Dan’s focus then switched to smart contracts.

According to Dan Larimer and the white papers, EOS will add even more to these demonstrated features. This platform attempts to generalize graphene with custom smart contracts, cross blockchain communication, and data storage solutions allowing the creation of any dApps including the likes of the DEX or steemit. The network also allows parallel execution via asynchronous communication – a breakthrough of the prior rate-limiting step.

Dan Larimer announced this week in the official Telegram channel that EOS will be the first blockchain with unprecedented sub-second block times of 500 milliseconds and sub-second last irreversible block (LIB) providing finality. In other words, the time between a user sending a transaction or a command and being included in the blockchain could be consistently under a second compared to 10 minutes on Bitcoin. The drop from the already unique 3 second blocks in dPoS to 0.5 second blocks would be done through unique proximity-based signal routing around the globe. Combining asynchronous communication and the block time improvements, EOS is aimed to be the fastest lowest latency blockchain with customizable smart contracts executing millions of operations per second with no fees. The success of previous incremental results suggests the targets for block.one are realistic, with implications of possibly providing the first programmable blockchain ready for global adoption. When asked to compare with Ethereum, Dan responded “EOS can run [Ethereum] inside a single contract.” However, the team is temporarily using Ethereum for their coin distribution.

The block.one team invented a new method for coin sale distribution to aid consensus security by discouraging coin power grabs, issue often ignored in distribution design of other prominent projects such as Ethereum, Cosmos, or OmiseGo. Coins are released daily in 350 rounds while trading on the markets. The low liquidity is expected to punish anyone trying to buy the majority of the coins with higher prices. The built-in DAO helps fund other developers in a decentralized manner. The testing and distribution phase is expected to end in June 2018 to allow creation of a public chain. Achieving his goals would once again demonstrate how Dan Larimer is disruptive to disruptive tech.

It’s important to note there’s always an additional risk with new design choices in trade-offs and less studied attack surfaces. All cryptocurrencies are still highly experimental, prone to failure, and the field is rapidly changing.

Disclosure: The author has many different cryptocurrencies including all the ones mentioned in the article.

Bio: The author has been studying blockchain technology for the past 4 years as an enthusiast, contributor, and an investor. The author also has a doctorate degree in an engineering field not directly related to cryptocurrencies yet that drives his interest for research on complex subjects.