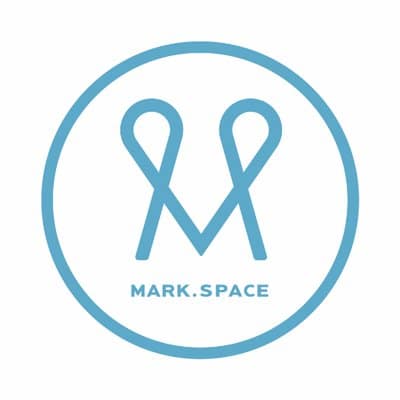 Once upon a time, people drew lines on canvases, creating complicated, quasi three-dimensional designs. These were beautiful, yet static conjurings of visionary minds.

Some define the third dimension as ‘adding the effect of solidity of a two- dimensional system‘. In layman terms, it makes the object look real.

What constitutes reality is debatable, but real life certainly is three-dimensional.

In the computer world, life was only two-dimensional for a long, long time. Graphics were flat and uninspiring, very unlife-like.

The 3D revolution in computing woulnd’t begin until circa 1992, and the world hasn’t looked back. Coupled with the arrival of Virtual Reality (VR), the creation of new three-dimensional spaces, cities, worlds, or entire universes has never been easier. Now, blockchain technology has enabled creators to use their tools to craft 3D and VR spaces in novel, more advanced ways.

MARK.SPACE is the latest player to enter the VR fray, offering the possibility to create a unique ecosystem to integrate 3D & VR spaces, powered by blockchain technology.

This piece is an analysis of the facts available about the MARK.SPACE ICO. It should not be read as offering advice or a recommendation. While ICOs have quickly become a popular tool for funding projects and start-ups, they can also be very high-risk for token purchasers.

MARK.SPACE: Creating 3D/VR websites and objects via the blockchain

MARK.SPACE intends to position itself as a market leader in the 3D/VR niche. Its marketing blurb speaks of its offering as ‘an open source platform for the creation of 3D and VR compatible web-spaces (websites) and objects.’

The company refers to these websites and object as ‘units’, and it reaches out to business, e-commerce platforms, and community members. These units can be grouped into ‘districts, which can be sub-divided into residential, business, shopping etc. Units and districts will become the backbone of the ICO’s proposition.

Note that no tokens will be issued after the end of the ICO. You can learn more about MARK.SPACE’s ICO here.

As with any other ICO, the company will issue its own currency, the MARK.SPACE token (MRK).

MRK is based on the ERC20 standard, and will be issued on the Ethereum blockchain.
MRK is defined as a ‘utility token’, which will be used for all transactions across all MARK spaces.

Once created, the MRK token will be distributed as follows:

This is by far the largest team presented by an ICO. Notably, it is a multi- national team, with people listed in Japan, China, and elsewhere.

Such diversity and sheer team size shows two things: A big budget, and great confidence in its offering.

The team includes skills from many different disciplines: Mathematics, VR,
Localization, web design, and many, many more.

Interestingly as well, some of the team members feature a link to YouTube videos of themselves speaking about MARK.SPACE. Most members have a link to their LinkedIn
profile as well.

Overall, MARK.SPACE’s huge team can only inspire confidence, but also poses the
question of why starting with such a big team, before success is assured?

You can learn more about MARK.SPACE’s team here.

On November 11, Tokyo’s first ever blockchain conference will be held and it’s going to be awesome!https://t.co/of91lby2ro#MARKSPACE #ICO #Blockchain #VRhttps://t.co/svmHA40rZohttps://t.co/LrQv8ixjkA pic.twitter.com/rSoarMQ4hC

Here’s the numbers for MARK.SPACE at the time of writing (late December 2017).

Overall, this ICO’s presence on Social Media is not particularly inspiring. This does not indicate failure in any way, but it does mean that there’s a lot of work to do in terms of reaching out to the wider community, particularly when community is key for MARK.SPACE’s success.

On the positive side, there are YouTube and Instagram channels, which are crucial
for an ICO offering 3D/VR creation capabilities. These channels can be used to
showcase the company’s offering.

Overall however, still a lot of ground to cover for MARK.SPACE.

MARK.SPACE is not alone in the 3D/VR industry. We recently covered at least two
similar offerings, Districts and Spectiv, but there’s also OKO, Altair, and Prosense to name but a few.

So MARK.SPACE does face stiff competition. Some of these ICOs will remain, others
will inevitably fail. It will all come down to the popularity, accessibility, and uptake of their proposition. Virtual Reality is an expansive and global concept however, so maybe all these ICOs can live in virtual harmony. The end of the tale
remains to be told.

MARK.SPACE’s website is one of the most futuristic-looking ICO sites I have ever come across. Its layout and color palette are very techno-space like, with shades of blue, white, and aquamarine colours all about. It’s all oddly pleasing to the eye, too, and surprisingly relaxing to view and use.

The site is packed with neat little touches also, such as when a background vector
line catches onto the mouse pointer, for example. While hardly vital, it shows great love and care for the work done. The site is secure, of course, and it includes a nice video gallery that showcases the company’s value proposition.

MARK.SPACE’s Whitepaper is well laid out, and very much to the point, which is the way it should be. It does not go into too much technological jargon either, which is a flaw in may whitepapers I have seen. This document explains what it needs to explain, in a comprehensible manner.

Only criticism that can be levelled against this particular whitepaper is its file size. Clocking up at almost 12MB, it is a large file indeed, which is even more surprising as the actual document is not too long.

You can view MARK.SPACE’s documents here.

MARK.SPACE’s foray into the 3D/VR market will be met with competition, as previously stated. It remains to be seen how this ICO will differentiate itself from the rest, and carve a name for itself.

The Virtual Reality community is in the midst of a ‘happy time’ of sorts, as the sheer amount of products on offer is staggering. With so much to choose from, there’s bound to be something that touches people’s minds in the right way, and as VR enters the mainstream, a few major players will become the standard.

MARK.SPACE seems to have the budget and the good intentions, for the rest, time will tell.