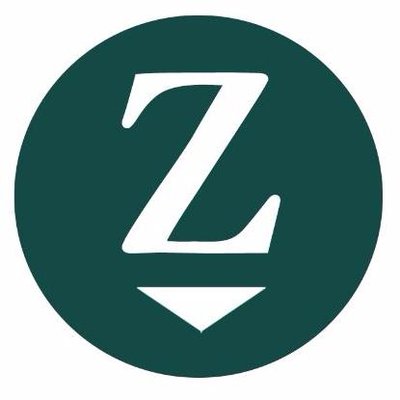 Zloadr calls itself as a revolutionizing blockchain publishing platform that allows content creators to connect, earn, reach and sell their content to a wide and demanding audience

The ICO has been running since September and has already attracted considerable interest.

The Zloadr token is ZDR and is valued at $0.31 USD. The token amount is adjustable with Zloadr planning to be able to add tokens before the end of the sale and revoke the unsold amount.

With a few days to go, the ICO is well advanced with almost two thirds take-up.

Benefits of Zloadr Tokens & Why You Should Buy Them! https://t.co/gfrpunv4rs … #presale #preico #ico #blockchain #cryptocurrency #ethereum

We all hate fake news. There is a distrust of many mainstream news channels. Creators are often not rewarded adequately for the work. Into this mix comes Zloadr, which bills itself as a viral news and media publishing platform built for creators to more easily amplify their content to a wider audience. It is a crowded marketplace but Zloadr hopes to leapfrog its competitors with the funds raised through the ICO.

Zloadr has built in longevity to its token by giving it greater weight on the Zloadr platform. For example, an advertisement paid for in ZDR can extend the life of that spot by as much as three months, thereby giving greater value and liquidity to the token on the platform. Zloadr uses the pay per view business model but rewards original creators and influencers instead of the platform itself.

Zloadr will also accept fiat currency and alt currency but will weigh the value of ZCR higher internally to make it more attractive to token holders.

One month after the ICO finishes the final Zloadr Platform will be live which has to put it ahead of 90% of other ICOs.

One of the obvious advantages of Zloadr is that it has been around for some time and is, as claimed in its documentation, 95% complete. The original publishing platform was begun in January 2015 where user creator forms, plagiarisation technology and income exchange were built. In September of the same year content creation resulted in half a million different articles and content being uploaded. In July of this year smart contracts and the blockchain ledger were updated. The main ICO offering happened in September and will run until October 31st. Then the following month the full platform will be released.

This fast turnround post ICO must make it one of the more good-to-go projects on the scene.

The team consists of founder Sam Enrico Williams, who ten years’ experience in the publishing industry. On the website, his Linkedin profile is attached but is low on detail. The other members of the team all have Linkedin symbols by their images but none deliver you to Linkedin and once clicked they pop back onto the main website. This meant I had to individually search the names which was cumbersome.

The other profiles were suitably vague to make me question their experience. There were typos throughout the website that also did not look good for the publishing platform. For example, in the CMO’s profile there was a misplaced apostrophe – always the bane of the grammar police.

However, the young team is baulked up by some senior names including Sally Eames, high profile knowledge leader in the UK.

How the money will be spent

Only $4million of the projected $31milion is earmarked for development, presumably because most of the heavy lifting is already done.

The main competitors to Zloadr are Adex, Po.et and Snip. These work on similar business models but Zloadr manages to combine all the elements of a publishing business including advertising, collaboration, contributions and original content generation.

In addition to covering off everything from food recipes to entertainment blogs, Zloadr has divided its content into three main topic: Blockchain, Crypto and General Finance. Part of the publishing revolution will be to list and provide services for new ICOs – giving them a reach beyond cryptocurrency outlets. As part of this push, and in a quirky and original approach, Zloadr will accept payment in the new as yet untested alt currencies. They believe the 700 Influencers already active on the site will have the potential to up-success these new ICOs.

This is such a good idea it has been called ‘sneaky’ on some forums – sneaky in a good way.

The where next will come very quickly for Zloadr and its supporters. The ICO finishes in less than five days and the initial product is live one month later. They state their aim of being a trinity which features a content publishing platform, an ICO listing service and a powerful advertising engine. In short they aim to be a cross between a Yahoo and a Bloomberg.

The only downside is this is a crowded market.

Zloadr has picked a traditional industry and democratised it in a distributed application. Using the blockchain technogoy not only protects original work against plagiary it also incorporates smart contracts which will automatically and securely execute payments across the platform. The hard work is in the building, now the question is will they come? Given current dissatisfaction with current, tightly controlled news outlets, Zloadr stands a very good chance.

Use ETHEREUM to participate in our ICO and receive special BONUSES!https://t.co/LU7Y6VeYqL#ico #bitcoin #ethereum #cryptocurrency pic.twitter.com/pugkfgbjG1