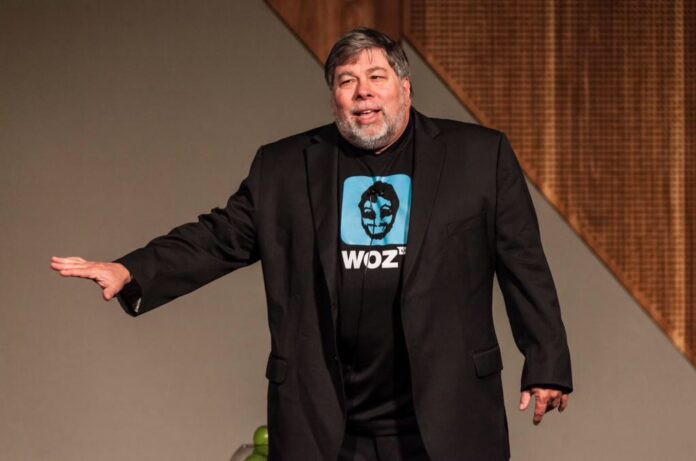 During an interview in Las Vegas, Apple Co-Founder, Steve Wozniak, expressed his enthusiasm for Bitcoin

Apple Co-Founder, Steve Wozniak, recently made headlines after he made a bold statement regarding Bitcoin during an interview with Deirdre Bosa from CNBC. During the interview, that was held at the Money 20/20 conference in Las Vegas this past weekend, Wozniak stated that Bitcoin was better than gold.

According to Wozniak, the main difference between Bitcoin and gold and fiat currency is the fact that Bitcoin has a finite number of coins that is possible to be mined. In total, only 21 million coins can ever be mined, whereas fiat currencies, such as the US dollar can be reprinted or reissued due to political reasons, or merely on a whim.

In relation to gold, it’s impossible to know how much gold is available in the world, however, Wozniak did state that continued innovations in the mining industry is likely to make mining much for efficient, which in turn is likely to dilute the gold industry. Wozniak denounced both the gold and fiat currency industries as “kinda phony”.

Wozniak’s latest proclamation follows in the wake of Bitcoin’s continued success in the market. Just last week, Bitcoin reached record-breaking prices of $6000 per Bitcoin. Since last week, however, Bitcoin, has fallen again slightly and is currently trading at around $5500 per Bitcoin. However, many financial experts expect great things from the cryptocurrency, with Wozniak being the latest enthusiast to join this group. Many experts, including Wozniak, have predicted that Bitcoin could soon replace gold as the standard of measuring financial value, something that Wozniak is particularly interested in.

Wozniak explained in the interview that due to the finite number of available Bitcoin, it lends a certain mathematical precision to the currency, which ensures a more regulated currency as mathematics cannot be influenced by external factors. In turn, this will make it difficult for the Bitcoin price to be influenced by anything outside of the market.

Despite Wozniak’s enthusiasm, there are still several prominent financial analysts who remain cautious when it comes to cryptocurrency.

Several critics have cautioned that the cryptocurrency is vulnerable to extreme price fluctuations which renders it a volatile and risky investment. However, several other supporters of Bitcoin have stated that most currencies and assets are volatile and that it is not unique to cryptocurrency.

According to Tom Lee, the co-founder of FundStrat Global Advisor the Bitcoin’s current so-called volatility is no different from the volatility experienced by the US dollar the market switched standards from the dollar to gold.

Wozniak sang Bitcoin’s praises as it is more easy to regulate than gold or fiat currencies. To illustrate this point he likened owning Bitcoin to owning a house. Wozniak stated that once you own a house, your house will always hold value many years from the point of sale, despite inflation or taxation.

According to Wozniak, his interest in Bitcoin began out of mere curiosity.

Currently, governments and financial authorities alike are scrambling to both create regulatory policies and taxation systems to address issues with cryptocurrencies, as well as to experiment with the possibilities that blockchain has to offer. However, certain governments, such as China, has opted to ban cryptocurrencies entirely.