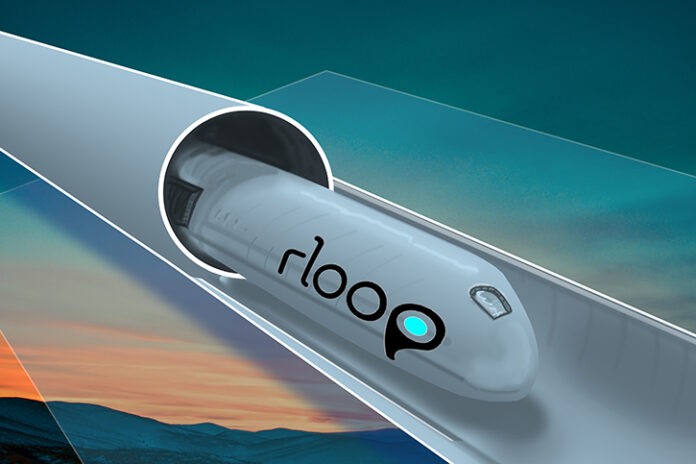 Long-distance traveling on land is tiring, expensive, and time-consuming for the commuter. For the service provider, be it a national bus or rail company, hardly profitable, or loss-making altogether. Traditional land-based transportation systems are a long way from being 100% efficient, comfortable, and financially viable for all parties involved.

A number of private companies and operators are currently researching and testing out new and potentially revolutionary transport platforms.

Hyperloop technology is one of these pioneering undertakings.

rLoop is a brand new ICO that intends to bring engineering (with particular focus on Hyperloop technology) to the blockchain.

Currently in testing and development phase, Hyperloop uses powerful electromagnets to propel a bullet-shaped vehicle (‘pod’) through a vacuum tube, theoretically reaching speeds of up to 670 mph as the environment will not cause friction or turbulence. If all technological and safety challenges are overcome, Hyperloop would indeed revolutionize land-based transportation.

This ICO introduces the rLoop Network, a decentralized community which intends to bring the best engineering minds together through a blockchain platform. This community would work and develop projects, with particular emphasis on Hyperloop technology.

According to the whitepaper, the rLoop Network of Minds connects globally distributed talent and resources with historically localised opportunities in pursuit of radical breakthroughs for the benefit of humanity.

The company will issue its own currency, the Hyperloop token (rLoop). According to the Whitepaper, (rLoop) “tokens are used to signal support and curate information within rLoop, akin to an ‘upvote’ on reddit.”

Breanna Faye from @rLoopTeam is opening our stream on sharing data by introducing the rLoop co-working platform built on #blockchains #blockhain18 pic.twitter.com/xDCqkjLTCz

Here are the numbers for Hyperloop at the time of writing (late-April 2018).

The concept of blockchain-based platforms to form engineering communities is not
new, but it’s not heavily explored, either. EDEN is another ICO that offers a similar platform.

rLoop thus enjoys a strong market position, since no other ICO focuses on Hyperloop
technology. This may ensure its survival and viability in the long run.

Consult the rLoop Whitepaper for more information about the platform, additional features and services, etc.

The Hyperloop transportation system is a long way from becoming a feasible commercial reality. Many challenges need to be resolved before people can safely be moved at close to the speed of sound across two geographical points.

The rLoop Network might hold the key to such conundrum. For now, this ICO is unique and has laudable intentions.

On the negative side, there is no detail on tokenomics, no information about when the ICO will actually start, etc. Maybe the intention here is to create a proof-of-work concept, with hard details worked out later. The whitepaper does mention a roadmap, but it’s nowhere to be see. The company refers to its milestones as ‘fluid.’