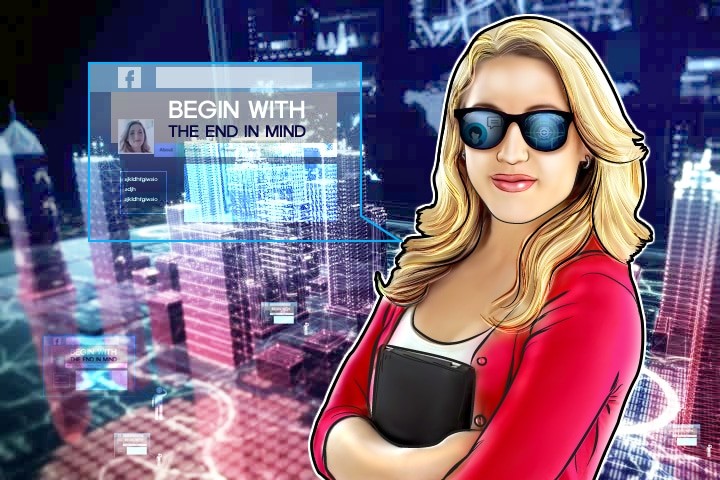 When it comes to gadgets, few are cooler than smartglasses.

They are futuristic, look great, and add an undeniably cool factor to the wearer, and useful too. Smartglasses have a wide range of applications, from taking photos or video, health and exercise monitoring and logging, and even automatic translation services. The possibilities for expansion into education and other sectors of the industry are certainly there.

Now, the advent of blockchain technology has enabled the creation and development of decentralized applications that can support the actual hardware provided.

This is exactly Lucyd’s proposition. This brand new ICO will supply next-gen smartglasses and a custom blockchain-based app store that community members can use to upload and share content such as gaming, sports, and much more.

This piece is an analysis of the facts available about the Lucyd ICO. It should not be read as offering advice or a recommendation. While ICOs have quickly become a popular tool for funding projects and start-ups, they can also be very high-risk for token purchasers.

Lucyd’s proposition is simple. The company will build next-gen smartglasses and also create an app store through which users can share and distribute content.

This app will be built on a custom blockchain.

Lucyd intends to become the first ICO to create a hardware product for the mainstream. According to its marketing blurb, Lucyd holds 13 augmented reality-related patents that will enable it to manufacture technologically advanced and ergonomic smartglasses.

Accepted currencies: All major currencies, including USD, BTC and ETH.

As with any other ICO, the company will issue its own currency, the Lucyd token (LCD). The LCD token will be issued on the Ethereum blockchain, and thus it will comply with the internationally agreed ERC-20 standard.

All unsold tokens will be burned.

You can see the token’s usage here.

The company’s website presents a core team of six people, plus seven advisors.

The site states that there are seven PhD holders among the team, which is rather impressive.

The amount of relevant, technical expertise on show here is notable.

Here’s the numbers for Lucyd at the time of writing (December 2017).

This ICO’s presence on Social Media is very solid indeed, which shows a degree of community building and interest out there.

These numbers are much higher than the average ICO presence out there, so there is a lot of potential.

An ICO’s website is key for potential investors, and if the site isn’t appealing enough, they will move on and forget about your proposition, no matter how good or viable it may be.

It is mostly free of grammatical and spelling mistakes, and features a nice FAQ section, which goes to great lengths to explain what Lucyd is all about, and what it can offer.

Lucyd’s Whitepaper is rather short, clocking up at 36 pages. A large chunk of this is taken up by long bios for the team members and the FAQ section, sections which are already featured on the actual website.

Consequently, the paper’s content is rather reduced. This is not a flaw in itself, as many papers are padded out with wholly unnecessary material. In this case, the paper discusses Lucyd’s value proposition, the hardware, patents, etc., thankfully without falling into the techno-jargon trap that mars other Whitepapers published by ICOs.

Lucyd’s value proposition certainly has a lot going for it. The hardware item being fielded does have a lot of present and future applications, so potential investors will hopefully see the value of that.

The ICO’s Social Media presence merits highlighting again, as it does mean that there is a lot of interest out there already. This interest may or may not translate into token purchases, that remains to be seen.

This ICO may carve itself a market niche, as it intends to tap into a somewhat elitist and high-end sector of the population. The actual smartglass won’t come cheap, after all, so we’ll have to see how this one develops.