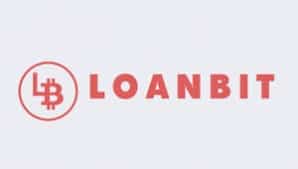 Traditionally, the process of lending and borrowing money has been firmly under the control of centralized entities like banks and other financial institutions. Because of this centralization, lending institutions can exert an undue amount of power and arbitrarily determine who does and doesn’t get money, potentially creating unfair and biased outcomes.

Blockchain technology has created new opportunities for borrowing and lending in a
decentralized manner, which opens the way for more open and fairer results.

According to its marketing blurb, LoanBit is a ‘peer to peer network that offers a robust investment platform and allows participants to get a loan in a currency of their choice.’

In other words, members of the LoanBit community are able to access credit facilities that bypass the stranglehold that banking facilities have on the credit ecosystem.

Some of the advantages for the borrowers are:

Conversely, LoanBit works to protect investors by covering up to 75% of the monies offered to a borrower via a safety fund.

LoanBit will make a profit by charging a commission of between 2-4% on each loan made through the platform.

It remains 11 hours to buy tokens at a discount of 75%
BAY TOKENS https://t.co/6VWhmyxkRl pic.twitter.com/IU6PHq3ygk

LoanBit will offer a Bonus Scheme during the ICO period.

The scheme will run thus:

LoanBit will issue its own currency, the LoanBit token, which is based on the ERC-20 standard, and which the company describes as: ‘an internal platform token that gives access to the listings and will be used to pay commissions on the LoanBit platform.’

Once created, the LBT token will be distributed as follows:

I just published “We are glad to announce our new ICO Advisor — Vladimir Nikitin.” https://t.co/De9FJCRIGR

Here are the SM numbers for Loanbit at the time of writing (mid March 2018).

This ICO’s presence on SM is somewhat hit and miss. LoanBit has a solid following on Twitter and Telegram, but it remains negligible across other platforms.

Lending platforms on the blockchain have proliferated greatly in recent times, with dozens currently operating or coming online in the near future.

The lending market is becoming quickly swamped with similarly-themed ICOs, which means that the profits pie is becoming increasingly small. LoanBit will face an uphill struggle from the get-go.

There is nothing flawed with LoanBit’s proposition, and at the same time, there’s nothing particularly remarkable either.

The market has many similar ICOs, the challenge is to explain why this one is better than the others.