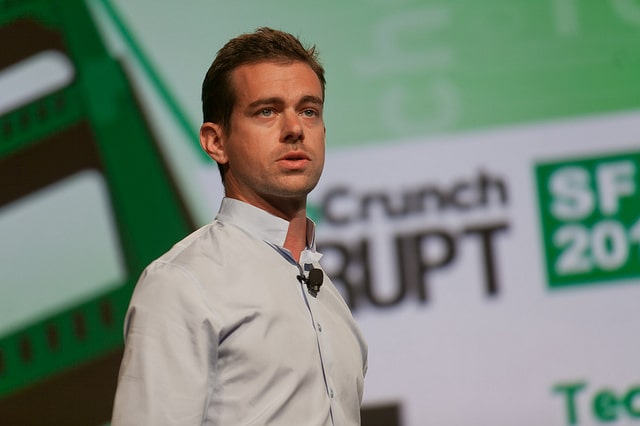 A powerful statement was given recently by the Twitter CEO Jack Dorsey, where the entrepreneur, who is also the CEO of the payment firm Square, has spoken his mind saying that Bitcoin has a great potential in the near future.

Dorsey is an investor of the lead cryptocurrency Bitcoin, and in his opinion, this digital coin may overtake the U.S. dollar at any time. The declaration was published on Wednesday by The Times, the daily national newspaper based in London, U.K.

Dorsey states that Bitcoin would overtake the dollar price soon, and that it will rule the economic field as the most predominant payment currency in the world within the next ten years.

his argument is that the world demands a currency that makes trading simpler, especially via the internet, which he thinks will lead to the adoption of a single cryptocurrency from the market, which he firmly sustains will be Bitcoin.

Regarding Bitcoin’s current stagnation, Dorsey concedes that indeed the cryptocurrency has been facing some difficulties, that this is a global cryptocurrency issue, and that variables such as cost and effectiveness can rise again with the development of new solutions.

Moreover, he sustained that all of the currencies face difficulties during development, but this doesn’t mean the end of the path: the Twitter CEO said,

“As more and more people have it, those things go away. There are newer technologies that build off of blockchain and make it more approachable”

Dorsey appears to be working hand-in-hand with the Bitcoin cryptocurrency market, investing enormous quantities of money to improve its transactions speed and cost.

Furthermore, the Bitcoin and cryptocurrencies specialized news site CoinDesk, last week gave a report of a fundraising round Dorsey himself participated in. The event was planned to collect money for the startup, Lightning Labs, and according to what the news site reported, USD 2.5 million was raised.

The firm has been working on the Lightning Network’s version; a beta variant that was successfully launched under the Bitcoin blockchain protocol, and aims to make transaction processes faster and decrease the fees.

Also, it is known that the investment was followed by the trial of Dorsey’s company, Square, which was declared last November. The initiative allowed a limited number of users to trade Bitcoin by using the payment app Cash App.

Following this, the company started offering Bitcoin services in Wyoming state, and Square is allegedly looking for a Bitcoin license also to provide the service in the New York state.