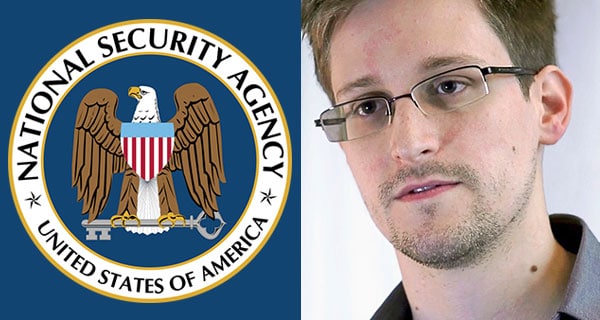 The government of the United States of America was recently discovered tracking down cryptocurrency activity. The leaked documents say the actions are being taken by the NSA (National Security Agency), which somehow found a way to track down Bitcoin senders and receivers around the globe.

The leaked document was published by the online news magazine, The Intercept, which is dedicated to what it describes as “adversarial journalism”. The whistleblower is revealed as Edward Snowden, who formerly worked for the CIA and exposed NSA spying back in 2013.

The document stated that the NSA “worked urgently to target Bitcoin users around the world — and wielded at least one mysterious source of information to help track down senders and receivers of Bitcoins.” What’s worse, there’s alleged information suggesting the NSA also have hacked some Bitcoin users’ passwords, internet history searches, and MAC (media access control) addresses.

Moreover, the report states that the NSA has been tracking Bitcoin information for at least four years. It is said that in order to track Bitcoin-related information, the agency has been using an undercover surveillance software, MONKEYROCKET, which in turn is a sub-program of OAKSTAR, a program that gathers information from the Middle East, Europe, South America and Asia.

Regarding MONKEYROCKET, the program was launched in the summer of 2012 and was portrayed as a software of internet anonymization in favor of the fight against terrorist acts.

Similarly, the reports allege that the NSA is using other programs in order to track Bitcoin users’ information. For instance, the XKeyScore system, a software that powerfully monitors systems in order to get valuable data.

Back in 2013, it was Snowden himself who exposed this software publicly after disclosing some classified documents regarding the NSA’s surveillance activity.

It is not surprising that an activity like this is being carried out, as anonymity provided by cryptocurrencies is one of the main reasons why its users support crypto-assets.

Regarding this, Emin Gun Sirer, the Cornell University associate professor, who is also co-director of the Initiative for Cryptocurrencies and Contracts, declared to Intercept magazine that financial privacy represents a huge deal for the Bitcoin community and, due to this, he believes that some of the Bitcoin users may switch to use other coins if they can better protect their privacy.

Gun Sirer stated “When the adversary model involves the NSA, the anonymity disappears.”