“Gold is God’s money… Fiat is the government’s money… Crypto is the people’s money.”

So said investor, entrepreneur, and best-selling author Robert T. Kiyosaki when asked about cryptocurrency in a recent interview, marking a huge departure for a man who once dismissed the digital cash out of hand.

Kiyosaki is perhaps best known for his book, Rich Dad, Poor Dad, a personal finance book which sold over 30 million copies and remained on the New York Times bestseller list for seven years.

Kiyosaki’s comments highlight the abundance of choice that modern humans find themselves with right now. Fiat money was, for a long time, the only way to transact value, besides the trading of goods. But now we have enough currency options that we can feasibly avoid the government’s pretty paper completely.

Gold has existed for longer than human beings, and will in all likelihood outlast us entirely. Besides being nice to look at, gold also has an abundance of mechanical, industrial and medical uses which endow it with a value beyond its mere weight in dollars.

Gold has been used as currency for as long as history has been recorded. Kings hoarded it, thieves coveted it, and even as far back as 5000 BC the Egyptians were shaping it and molding it into jewelry.

Gold fulfills Aristotle’s four principles for an effective currency – portability, durability, and divisibility – and it has an intrinsic value unto itself. Gold cannot be easily altered or spoiled, and ultimately, one ounce of gold should always be worth the same as any other ounce, making it fungible too.

The portability of gold may be its biggest weakness since modern life dictates that we can’t really carry chunks of gold around with us and break off a piece whenever we need to pay something.

It’s worth remembering that the United States government actually banned the individual ownership of gold from 1933 until 1974, in an instance of the government imposing itself upon God’s money.

In terms of Aristotle’s four principles, fiat paper money actually ticks three out of the four boxes. Given modern manufacturing techniques, paper money can actually be fairly durable, it has good portability, and it can be divided into smaller units effectively.

The main downfall for fiat money is in its lack of intrinsic value. Before the U.S abandoned the gold standard entirely in 1971, foreign countries could swap out their dollars for gold at a rate of $32 per ounce.

Now, the American dollar, (as well as the British pound and the Euro) is backed up by nothing, and since the U.S dollar is actually made from a mix of cotton and linens, you could say that fiat money isn’t even worth the paper it’s printed on.

The government’s money is useful in many ways but its continued worth depends on a multitude of variables, many of which are represented by mere numbers on a hard-drive somewhere. In other words, in the event of an emergency, people are going to find that those dollars simply ain’t worth very much.

The title of ‘the people’s money’ might be a bit of a stretch depending on which cryptocurrency you’re talking about. Not all cryptos are born equal. Some are more centralized than others, while some cryptocurrencies see a majority of their coins held in the hands of a few.

However, it’s the underlying principles behind cryptocurrency which make it the people’s money, even if the implementation of those principles isn’t necessarily at 100% completion just yet.

At this moment in time, cryptocurrency is still fairly free of government control. Not that the government isn’t trying to control crypto – quite the contrary – but up until this point they haven’t yet found a way to do so.

Ultimately, crypto is the only currency here that doesn’t require a third-party to buy, it doesn’t require personal identification, and your holdings can be stored safely without any other person having to know about it.

When the rest of the world catches up with the technological advances that crypto and blockchain represent, perhaps then we’ll see the people’s money in all its glory. But until then, most of us will still have to deal with the government’s money to some extent. 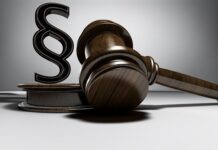 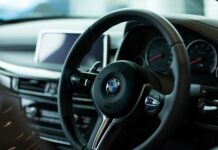