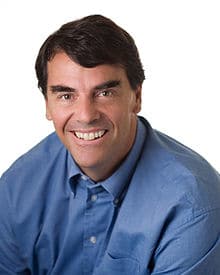 Tim Draper, like his namesake in Mad Men, knows how to catch a crowd. A keynote at Websummit in Lisbon, his aside conversation with Forbes Magazine has the bongo drums going a bit crazy. He said in that interview that if you still want fiat currency in five years’ time, you will be laughed at.

Let us examine his statement for a moment. Currently there is $2trillion in fiat currency in the world. That is significant when you examine Bitcoin, currently enjoying a market valuation of $128.4 billion (courtesy of Coin Market Cap) and the combined valuation of all other alt currencies, which come in a $209.56 billion.  In fact, Bitcoin surged after the cancelled hard fork of SegWit2x two nights ago, briefly aspiring to the $8,000 mark, before settling happily above $7,000. But this is a new currency and currencies and his comments seem remarkably prescient.

Of course, billionaire Draper has form. In 2014 his VC company, DRJ Venture Capital, hoovered up assets from the Silk Road holdup. Some 30,000 Bitcoins were bought by Draper in a government asset sale for the tidy sum of $20million. Today those same coins are valued at $215 million.

He also points to fluctuating fiat currency, picking on the hapless Nigerian Naria, which loses 30% of its value the minute the holder steps outside the country. However, we all know that fiat currency is not a necessarily a stable – we need look no further than the depression in post war Germany or the current sliding Sterling in the face of Brexit.

While Draper is making big waves in Lisbon, which will no doubt positively impact his holding of Bitcoins, he is only saying whatever one else in the crypto industry is thinking. How long fiat can hold onto its privileged position is dependent on how long everyone in the fiat world maintains the emperor is wearing clothes.