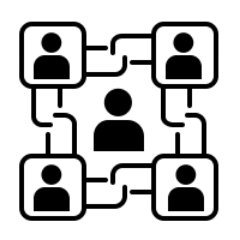 Medical records for patients worldwide used to be hastily scrawled on pieces of paper, unintelligible for all but the most seasoned of doctors and health professionals.

Such tradition went on for centuries, to the point of becoming a cliche of the medical profession. Patient records are crucial, nonetheless, as they maintain historical data about the evolution of a disease, condition, and overall health condition of an individual. Because these records hold such private and sensitive information, there are a lot of legal and ethical issues involved in their maintenance and handling. This led to the creation of legislation to protect the data against abuse or misuse.

With the advent of computers, medical records became less reliant on pen and paper. Medical data would now be stored via electronic means, a move which meant faster and easier access.

When the internet became as commonplace and ubiquitous as tap water, electronic health records began to be uploaded to either Cloud environments, or health providers’ websites for maintenance, updating, and safekeeping.

And in recent times, health professionals have began using blockchain technology to create, maintain, and update their patients’ data, in a decentralized manner.

MediChain is a new ICO that offers a distributed ledger for medical data, using blockchain technology as the driving power.

This piece is an analysis of the facts available about the MediChain ICO. It should not be read as offering advice or a recommendation. While ICOs have quickly become a popular tool for funding projects and start-ups, they can also be very high-risk for token purchasers.

Patient data includes some of the most sensitive information that can be attributed to an individual. These records hold physical characteristics, psychological traits, and many other pieces of data that can be potentially very damaging, should it fall on the wrong hands.

MediChain proposes a solution whereby patients can store their medical data in a pre-determined geographical location and then give doctors and other relevant health professionals access to this data, irrespective of the network being used, thanks to the blockchain’s decentralized nature.

The idea is to turn the blockchain into a ledger where data becomes selectively accessible to chosen doctors, specialists, or other relevant health organizations.

As with any other ICO, the company will issue its own currency, the MediChain token (MCU), which will be based on the Ethereum ERC-20 standard.

The company describes the token as “a 100% utility token used to clear transactions within MediChain Platform ecosystem. Token holders receive no shares in the company or benefits of any kind.”

The team is nicely balanced, with just the right amount of people to get this start-up ICO going. The team fields blockchain and software development expertise, veteran health professionals, representatives from the legal profession, and PR & sales staff. All team members and advisors feature links to their LinkedIn profiles.

You can learn more about MediChain’s team here.

Here’s the numbers for Fast Invest at the time of writing (January 2018).

This ICOs presence on Social Media is negligible. This is not an indication of success or failure, as start up ICOs usually have a limited impact on social networks. In this case, however, MediChain is practically a non-existent entity, in terms of social reach. The vast majority of their tweets for example are on behalf of someone else, there is no self-promotion at all.

Social Media support is crucial these days, so the more channels that an ICO can reach out through, the better chances it has to garner a solid, loyal, and steady following.

MediChain’s PR and digital marketers do have a long and hard road ahead of them to build the brand.

There are a number of ICOs currently developing blockchain-based technology for the management of medical records. Medicalchain, MEDIS, and Patientory, for example.

All these ICOs offer similar solutions through similar means, so it remains to be seen how MediChain stacks up against the competition. The ICO’s total lack of presence on Social Media will surely play against it.

MediChain website is simple and uncomplicated, featuring all the information in a straightforward and easy to read manner. This simplicity in design is refreshing, as it allows for pleasant navigation.

Only a slight gripe, the first two questions listed under the Token Sale and ICO heading on the FAQ section have no answer, at the time of writing at least. Whether this was left intentionally blank or it’s a bug, I cannot tell.

The first problem that I have with MediChain’s Whitepaper is that the download link on the website leads to a Google Docs site, rather than an actual pdf. Google Docs is not a secure environment, so it is an odd choice of storage facility for an ICO dealing with sensitive patient data. It would be advisable to convert the document to a pdf and integrate it securely into the website instead.

Second, the picture of the doctor, the baby, and -presumably- the baby’s mother, is repeated over and over on every page. This is purely a cosmetic issue, but it would have taken the same effort to use different pictures throughout.

All that aside, the paper itself is well laid out and written. The font used is rather futuristic-looking and of a decent size, so it makes for easy reading. The information is presented logically and neatly, without going too much into technical detail, which is commendable.

The paper is not without its shortcomings, slight as they may be. It does not include a header or a footer, for example. The page number is a lonely looking digit on the top right corner. These things do not constitute a big deal, but they detract from the experience.

Overall however, MediChain’s Whitepaper does the job, and it does it well, the issue with Google Docs notwithstanding.

As a side note, the picture used on the intro page is presumably meant to be endearing and heart-warming, but it personally reminded as something out of The Omen.

Medical records, electronic or otherwise, are vital pieces of data, and their safekeeping should not be taken lightly. MediChain’s use of blockchain technology to maintain and update this information is at the vanguard of the health industry. If implemented well, it could make a big difference.

This ICO faces two fundamental issues: Its current lack of relevance on Social Media, and the stiff competition posed by similarly-themed ICOs.

It remains to be seen how MediChain overcomes these hurdles.