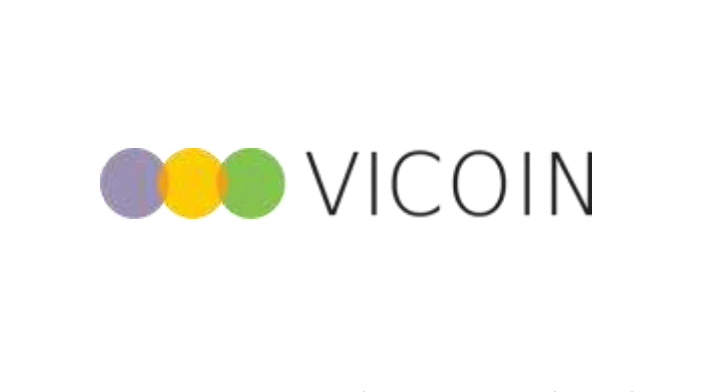 Virtonomics is fundamentally a new paradigm and platform for the creation of a mainstream cryptocurrency, VICoin, based on alternative virtual economy development.

VICoin is planning to build an ecosystem that will enable anyone with basic knowledge of economy, management, and entrepreneurship to become a ‘digger’. Diggers can apply and capitalize on their own expertise and skills in order to earn cryptocurrency in a multi-user global business simulator, that emulates macro and micro economical processes alongside the interaction of economic agents. VICoin wants to leave block mining to the professionals and industrial miners, and use the produced Ethereum cryptographic blocks as the technological foundation for the creation of VICoin cryptocurrency. The bulk of users will earn tokens (VICoin) through purposeful and meaningful actions that are by far more familiar to them than mining itself. In the context of VICoin, this is ‘digging’.

VICoin’s objective is to develop an ecosystem of a virtual economy where the investor can get a return on the investments in the virtual company assets, generating the ‘fuel’ for the cryptocurrency without burning away megawatts of electricity, buying tons of expensive hardware and video cards, or renting space for mining farms. More than that, it will allow direct capitalization on one’s intellectual capabilities, management skills, labor, and time spent on the creation and development of a virtual economy. In such ecosystems of a virtual economy, everyone can create and run their own company, invest all available capital in its development, and gain convertible cryptocurrency from the investments. From here, the owner of a large virtual company can generate a sufficient amount of cryptocurrency to hire other people, regardless of their location, in order to help manage and scale up the enterprise, and pay them in cryptocurrency.

Virtonomics global multi-user business simulator creates its own cryptocurrency and an ecosystem for earning the cryptocurrency in an online economic game emulating the formation and development of an alternative global virtual economy. The cryptocurrency is gained through a realistic business simulation where users build and expand their virtual companies, trade and compete with each other, and develop the business ecosystem in the virtual economic environment. The resources and tools for the generation and digging of ‘fuel are special game entities purchased for VIC tokens (such as virtual mines extracting natural resources, virtual mining farms, virtual power plants etc). 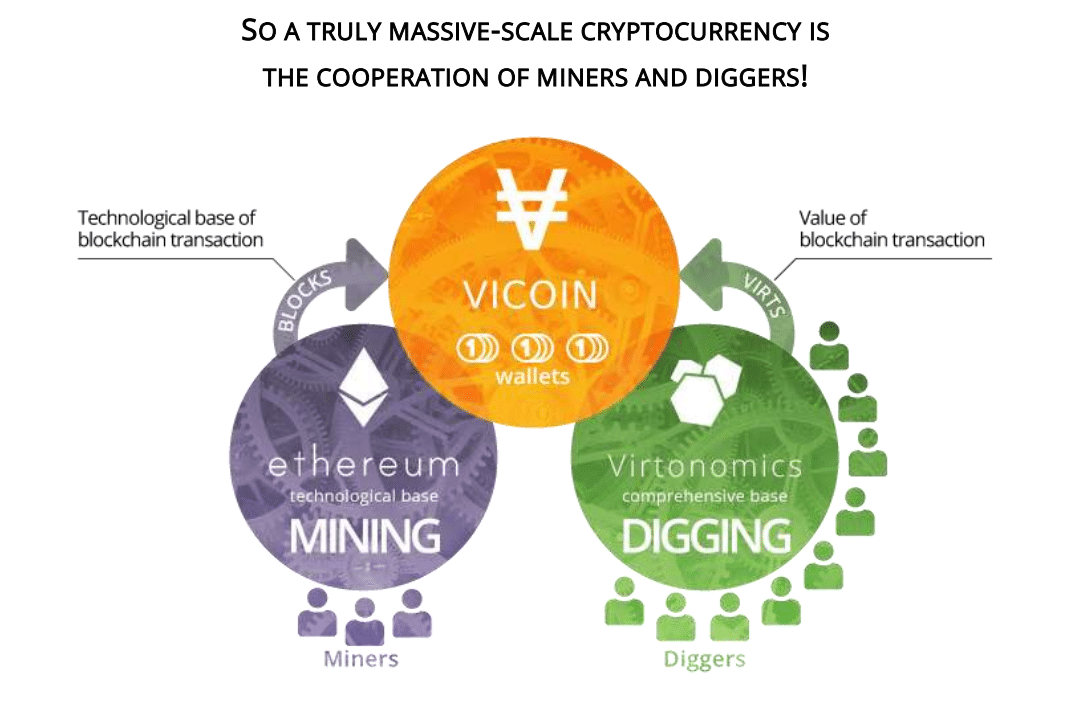 Parsec Frontiers: a massive multiplayer online game with a virtual economy, blockchain. All in-game items and resources are stored on a high-capacity blockchain with fast confirmations.

Sergey Menshchikov (founder): One of his projects was Forex Club, a small provincial company he joined back in 2002. Together with his team, he managed to transform it into a large international company. In 2006 he started another business called Virtonomics. In 2014 Sergey co-founded Simformer, an educational platform nominated in 2016 for Best Elearning Award by Elearning! Magazine.

Sergey Morgalev (technical director): with 30 years of experience in software development, Sergey Menshchikov’s college buddy has taken part in all Menshchikov’s projects since their graduation. Having launched together at least two highly successful projects they are more likely to keep on working together in future projects, including VICoin.

Mikhail Rakhaev PhD. (game designer): is another strong addition to the team with more than 25 years of experience in game design and software development. Like Sergey Morgalev, Mikhail took part in creating Virtonomics algorithms, which means that he is not new to the VICoin project.

Denis Zhuravkov (game designer and community manager): joined Virtonomics in 2008 and offered the project his vast experience and expertise in logistics, marketing, and finance in the real sectors such as O&G refining, retail, and online trade.

Anton Fedotov (design / UX): joined Menshchikov’s team only three years ago, but before that he had worked as a web designer for two of the biggest newspapers in Russia – Izvestia and Moskovsky Komsomolets – which undoubtedly means that he knows what he is doing and the potential fans of the game will not be disappointed.

One of the strongest advantages of the project is the team itself; people that have been working with each other for many years. This is a positive way to distinguish Virtonomics from any other ICO projects. The overall concept of the project is also very interesting and not like most of the existing ICOs. However, the realization of the idea requires huge time and financial investments. Virtonomics has every chance to become a working and interesting project and could easily gain attention from a large audience. After all, to ensure the platform in the network, hundreds of thousands of users would be required on a daily basis.