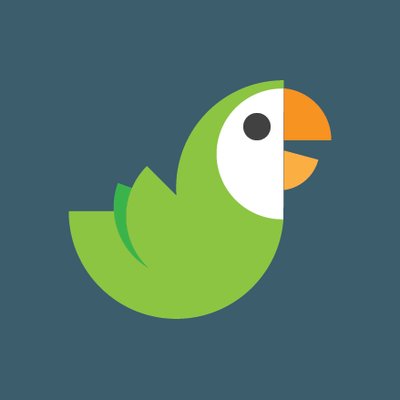 Mentioning cryptocurrencies to a neophyte may induce feelings of apprehension, or at the very least, confusion.

The meandering intricacies and ramifications of cryptocurrencies, along with the business of trading such entities, may be a daunting proposition for many.

Indeed, official figures indicate that just 0.05% of the world’s population is currently using cryptocurrencies in one form of another. That leaves room for a lot of untapped potential, and for a lot of business.

The general perception is that trading cryptocurrencies is a complicated and risk-fraught undertaking, where one is bound to lose all funds invested due to some obscure, unforeseen rule or circumstance.

Mingo’s ICO premise offers to make trading cryptocurrencies as simple and accessible as using a messenger app, or playing a game on your phone.

This piece is a full disclosure, a statement of facts without any intention of advice or endorsement about the Mingo value offer.

Mingo is an Irish-owned start up with a clear proposition in mind: To introduce cryptocurrencies to the public at large, using a messenger app. Put in another way, to demistify and simplify the cryptocurrency world.

Mingo’s pre-ICO token sale for its own currency, MingoCoin, is currently underway. It kicked off on September 25th 2017, ahead of the company’s official ICO in the first quarter of 2018.

The goal of the pre-sale is to raise enough funds to aid in R&D projects within the company. 70% of all MingoCoin will be made available during this period.

Ethereum is the only cryptocurrency accepted during the token pre-sale, and those interested in taking part must use a token-compatible wallet such as MyEtherWallet, Parity, or Mist. It is important to mention that Ethereum sent from exchanges such as Coinbase will not be accepted.

Mingo’s Roadmap specifies that the ICO will take place during Quarter 1, 2018. The company hopes to raise €2m in funds to secure the long-term development of its apps and tools, and also the opening of new offices in Ireland, China, and the United States. It is important to highlight that both Ethereum and Bitcoin can be used during the ICO. Also, much like the pre-sale, ICO participants must use a token-compatible wallet such as MyEtherWallet, Parity, or Mist. Ethereum sent from exchanges such as Coinbase will not be accepted.

The ICO will be based around the MingoToken (MGT), which can be exchanged for MingoCoin (MGC) on a one-to-one basis. When the ICO is complete, investors will be able to redeem their MingoCoins via their MingoTokens.

Mingo’s take on the cryptocurrency world is three-pronged. The company’s proposition is underpinned by three pillars:

MingoCoin is Mingo’s proprietary currency. It is based on the industry’s ERC20 standard, and it is issued on the public blockchain.

As with any other cryptocurrencies, the key factor that determines its value is the number of people using it. Mingo hopes to single-handedly increase the global cryptocurrency user count by approximately 10% within the first year due to its key strategic partnerships.

One of Mingo’s unique selling points is its instructional approach to currency trading through a traditional messaging app.

MingoMessenger is a working app compatible with Android and IoS. It has been downloaded 50,000 times across 160 countries so far, leading the charge in Mingo’s take on the international market.

One of MingoMessenger’s selling points is its account merging feature, which enables the user to merge their existing accounts from other messenger apps into one single account.

Mingo will allocate part of the funds raised through its token pre-sale and subsequent ICO to further develop the app, adding new channels and features.

The third concept underpinning Mingo’s value proposition is MingoWallet, which the company describes as a ‘guided, reward-driven experience.’

This portion of the system enables the user to earn achievements and rewards in the form of MingoCoins by completing certain tasks.

MingoWallet is designed to ease the user into the intricate world of cryptocurrencies, one step at a time.

Mingo’s Irish roots mean that it is supported by Enterprise Ireland, the body that provides financial aid for viable start ups. As such, it is probably in a better starting position that most, as the initial financial outlay is there to give the company a sound beginning.

By using a well known, popular, and widespread methodology in the form of a messaging app, the company expects to turn cryptocurrencies into the mainstream, hoping to dispel people’s fears of the big, dark, cryptounknown.