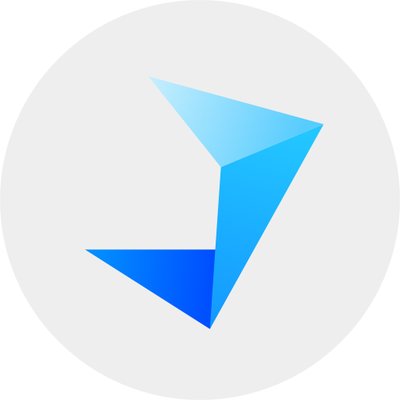 Interesting guest post by the Jincor team, whose ICO we recently reviewed.

From buying a cup of delicious coffee to paying for a plane ticket to making tuition payments to crowdfunding incredible inventions and projects, cryptocurrencies are changing the way we make financial transactions, and the technology behind them is said to transform the world. But how do cryptocurrencies work and how do they differ from other alternative currencies and virtual currencies? This article provides answers to these and other questions.

If we were to dissect major cryptocurrencies, we would discover that they all share a set of underlying concepts and technologies that make it possible to take the responsibility of keeping track of transactions away from banks and entrust it into the hands of the users.

For a cryptocurrency to function independently of any centralized intermediary, it’s necessary to have a way how to record and store financial transactions to solve the double spending problem, which is the ability to spend the same digital token more than once, without the use of a trusted authority or central server.

Once added to the blockchain, the blocks cannot be retroactively altered without rendering the entire chain of blocks invalid, which would instantly alert all of its users, who would reject the modified version and continue using the original one.

To reach a consensus on which blocks of transactions are valid and should, thus, be added to the blockchain, and to create new cryptocurrency units, some cryptocurrency users participate in an activity called mining.

These so-called miners solve increasingly-complex computational problems to produce a proof-of-work, which is a form of an economic measure to deter denial of service attacks and other service abuses such as spam on a network by requiring some work from the service requester and append it to each new block.

Because mining is extremely computationally expensive, it’s unfeasible for any single individual or entity to start mining against the consensus, trying to add blocks to the blockchain that others don’t accept as valid. That doesn’t mean that a group of miners can’t go against the majority consensus anyway and create their separate blockchain. In fact, this has already happened several times since cryptocurrencies took off nearly ten years ago. When one blockchain splits into two, the event is called a hard fork, and the new blockchain becomes incompatible with the old one.

Unlike fiat money, cryptocurrencies are not stored in traditional bank accounts. Instead, cryptocurrency users use special software and hardware cryptocurrency wallets. Each such wallet contains a unique cryptographic key that allows the user of the wallet to access his or her cryptocurrency, which is decentrally stored and maintained in a publicly available ledger.

The first decentralized cryptocurrency was Bitcoin, which is also the most used and best-known cryptocurrency in the world. Bitcoin was created in 2009 by Satoshi Nakamoto, an unknown programmer who has mysteriously disappeared, leaving behind roughly one million unspent bitcoins in his wallet.

Bitcoin is accepted as an alternative payment method by thousands of organizations and businesses around the world, including Microsoft, WordPress, Reddit, Subway, Namecheap, Expedia, Newegg, Steam, Wikipedia, Zynga, Whole Foods, Bloomberg, Suntimes, and Shopify, just to name a few.

Bitcoin can be exchanged for other cryptocurrencies or fiat money on some of cryptocurrency exchanges, such as Bitfinex, Poloniex, Kraken, Coinbase, or Bitstamp. All of these exchanges also allow their users to store cryptocurrency, and most even offer convenient smartphone wallets that users can link to their accounts.

Besides Bitcoin, there are over 1,000 other cryptocurrencies, some of which have been based on the same technology as Bitcoin, while others have built upon the concepts behind Bitcoin and created technologies that address a plethora of real-world issues. Together, the entire cryptocurrency market is around $150 billion, with Bitcoin representing almost 50 percent of it.

Because of their availability, immutability, low transaction fees, excellent transaction speed, and sometimes even anonymity, new uses for cryptocurrencies are being discovered and invented nearly every day, and it’s clear that we have yet to see everything this new technology can do.

Because of their availability, immutability, low transaction fees, fast transaction speed, and sometimes even anonymity, new uses for cryptocurrencies are being discovered and invented nearly every day, and it’s clear that we have yet to see everything this new technology can do.

With more and more major corporations, countries and thousands of small businesses embracing cryptocurrencies it’s just a matter of time when they become a new standard for any financial relations.

Businesses from all around the world yet have to come a long way to to adopt newly developed crypto economy fully. Even though its benefits are obvious, there are still some obstacles in the way of mass adoption of cryptos, such as lack of education among the general public, lack of regulatory and business compliance of cryptocurrency transactions and smart contracts, unclear legal status, technical difficulties, etc.

However, the solution is almost there. Private blockchain that has been being built by Jincor team will allow any business to unleash the power of cryptocurrencies easily with no legal, technical or operational complications in a cost-efficient manner.

If you want to learn more about the product browse for additional details here or chat with the team and ask any questions about it in our telegram channel.