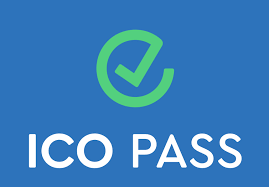 Identity theft is a catch-all term that defines any means or methods by which an individual steals and uses someone else’s personal information, usually for fraudulent purposes.

A person’s identity is a valuable asset, after all, and finding out whether someone really is who they say they are is a perilous and costly game.

It is worth highlighting that the sale will run similarly to an auction, so the tokens will get cheaper the longer the sale goes on for.

Just 7 Days and everybody will be able to experience a better KYC solution for ICOs. #launch pic.twitter.com/Shrvgw0VoG

The company will issue the ICO Pass token (ICOP), which is based on the Ethereum ERC-20 Standard.

This ICO’s site lists six people as the core team, plus three advisers.

Notably, two of the founders were previously involved in the development of national identity cards in Latvia. This familiarity with the issue of identity should underpin the team’s efforts and provide a solid starting base.

Identity verification is a rather popular subject for ICO.

Here are the numbers for ICO Pass at the time of writing (mid-February 2018).

This ICO’s social media reach is not particularly remarkable, but this is normally the case with start-ups.

ICO Pass does have a YouTube channel, which should make publicizing its offering easier.

ICO Pass offers three documents, a One-Pager, a White Paper, and a Prospectus.

Consult these documents for more information about the platform, additional features and services, etc.

ICO Pass offers a useful and practical service which will be required by pretty much any financial, insurance, or government body that uses identity verification. This implies huge potential for this ICO.

There are many other ICOs out there offering the same thing, the challenge is to show investors this ICO is the best one for the job.

Watch our weekly status update with @JanisGraubins. Post your comments below with questions for next week's video. pic.twitter.com/11QdqqoOJq

We will revisit ICO Pass’s progress in due course.