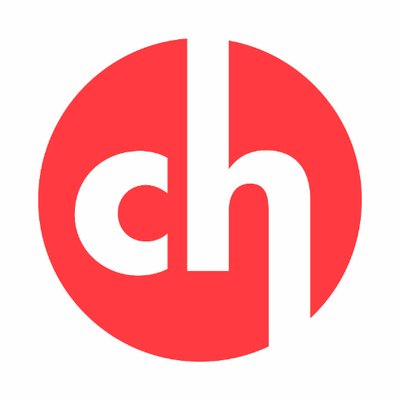 Crowdholding, a co-creation platform, is currently holding an initial coin offering (ICO) to raise funds for its development.

Set up in 2016, the project aims to develop a platform which uses the wisdom of the crowd to support early stage start-ups in their development.

This piece is an analysis of the facts available about the Crowdholding ICO sale. It should not be read as offering any advice or a recommendation. ICOs may have quickly become a favourite tool for funding new crypto projects but the ICO can be very high-risk for token purchasers. ICOs currently have an unclear legal and financial status in many jurisdictions.

Crowdholding is a project to develop a decentralized open innovation platform where business and users would interact with one another. This collaborative environment would encourage businesses to post questions and problems which could be solved by feedback from the user community. In return for their comments and feedback, users would be rewarded with crypto currency.

The idea is that early stage start-ups could use the feedback obtained on the Crowdholding platform to improve their product offering. They could also build a community of supporters who may contribute to an ICO.
For users, they could get early access to new technologies, products and services and then influence the refinement of these ideas. For their efforts, they would be paid in crypto currency.

Crowdholding plans to develop a decentralized open funding (crowdfunding) platform where users could invest their crypto currency in ICOs of start-ups registered on the platform.

Additionally, there would also be a ecommerce application on the Crowdholding platform where businesses could sell their goods and services to users.

The ICO opened on 1 November 2017 and will continue until 31 March 2018. An ICO pre-sale was held during August 2017. According to the Crowdholding blog, the ICO goal and conditions were adjusted following feedback.

The YUPIE token is a utility token within the Crowdholding platform.

Funds raised through the ICO would be used for marketing, research and development.

We have a new discussion on our platform. Do you think that you have the knowledge to impact a startup? Log into @crowdholding and show everyone what you can do!https://t.co/nSOqbWNPMi#startup #cocreation #challenge #ICO #altcoins #Cryptocurrency #business #growth pic.twitter.com/cTFPqE1Gwg

The website lists a team of four who have experience in crowd finance, business development and blockchain. The advisory board bring additional fintech expertise.

Crowdholding has a beta version of its platform available on the website. At the time of writing, there are eight projects listed including Crowdholding itself.

As mentioned, the Crowdholding ICO was adjusted following feedback from its community. As such, the white paper reviewed was the 2.0 version dated December 2017. It outlines the business proposition, ICO and roadmap for development.

There are several objectives for 2018 including the launch of the crowdfunding platform during the second quarter of the year with the ecommerce application due later in the year.

While the Crowdholding idea is interesting, it already has many competitors who provide similar services. There exist many channels that start-ups can use to communicate with potential customers and users. There are also many crowdfunding platforms that encourage interaction between the business and the user.

Crowdholding could be an effective tool for market research; but it could prove labor intensive for businesses to develop a community through interaction and engagement on another platform.

Crowdsourcing ideas can be effective, but this method has its limitations. While an idea may prove popular with a particular segment of the Crowdholding community. However, the idea could be perceived differently by others outside the platform.

I would also note that there is a risk that voting and comment mechanisms could be manipulated. Will Crowdholding monitor and moderate these conversations? Will the project make efforts to ensure that diverse voices can contribute to the platform?

Further, there is also the question of what happens if a user contributes an idea that proves particularly lucrative for a business. Would there be any further obligation on the business to compensate or acknowledge this user’s contributions beyond their original reward of crypto currency? These issues may have to be considered as the Crowdholding project attracts more users and businesses.

What would you like to see on our project page? Log in, give your ideas and earn YUPIES for your comments!https://t.co/mzopbTlBrd#ICO #token #bitcoin #altcoin #altcoins #startup #startups #bitcoins #ethereum #cocreation #growth #teamwork #entrepreneur #workfromhome #Crypto pic.twitter.com/ocRTM90nHU

The Crowdholding ICO site contains several graphics that explain how the project would work. In terms of social media, Crowdholding have an active presence on Facebook, Medium, Twitter and other platforms. The blog on Medium shows a business that appears committed to its relationship with its users by engaging and responding to their concerns.

Crowd finance has proved popular, particularly with start-ups and new projects in the crypto space. Is there room for another platform that also encourages crowdsourcing? The Crowdholding ICO is open until 31 March 2018 and the white paper can be read here.