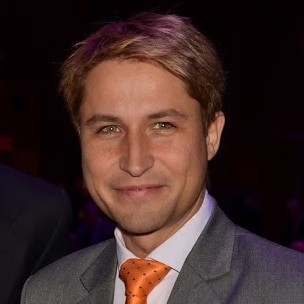 As bitcoin and the alt currencies take a hammering today with drops as much as 50%, David Drake, CEO and founder of LDJ Capital, a Multi-Family Office that looks after the wealth of UHNW (ultra high net worth) individuals and families, suggests that bitcoin might be worth purchasing as a Christmas present.

Certainly it offers good value to anyone wanted to purchase the digital gold.

Why the price has dropped might be attributed to any number of reasons. ‘Profit taking of course,’ says Drake. ‘People also say there it is politics between Bitcoin and Bitcoin cash. Roger Ver’s name has bandied about in terms of pumping and dumping. Can’t say for sure but that seems as reasonable as any other cause.

‘Then daft stuff is happening, such as the Genesis Trading Site is closed today until January 2nd. Who would have imagined that?’

In terms of the overall movement, Drake is quite clear: ‘Fear Uncertainty and Doubt crashed the market one would say but the Pantera $250M cryptocurrency fund has been exiting all holdings for 5 days and so have all hedge fund managers: exiting their holdings as is required quarterly especially annually to earn their annual bonus. ‘

‘This will jump back up and continue going up and down for a long time and in my words this is not a crash this is just said fund managers like Pantera taking their profits,’ he says.

Drake has invested or advised more ICOs than anyone else in this space; a cool 35 ICOs in total currently. That puts him in poll position in the ICObench ratings platform.

He also puts his money where his mouth is, having personally invested a tenth of his private wealth into crypto offerings. The rest is spread across stocks, shares, property etc,’ he says, ‘but the return on crypto is phenomenal – 500% versus 15%.’

Despite being a maker and shaker in the crypto marketplace Drake cannot predict what will happen over the holiday period. ‘It’s a new time. Traditional exchanges might have closed but crypto is 24x7x365 so I have no idea how the downtime will affect trading and the price.’

Drake is a bit of a hodlr. He will only cash out when bitcoin and other alt currencies hit a high and then in small 5% increments. ‘I will always hold cryptocurrency,’ he says.

When choosing which ICO to get involved with, Drake is very forthright. ‘The team,’ he says. ‘Have they done this before? Have they previous exits? Do they know how to maintain shareholder confidence and value?’

Whitepapers do not do it for him. ‘I like to see an existing business and the solution they are creating. Same business understanding as in fiat offerings.’

It has been an eventful week as Drake prepares to close the offices for the holidays. ‘The plunging Bitcoin value – whether or not as a result of Roger Ver – made some people nervous.

‘This volatility is well and good for traders but less comfortable for investors. Coinbase closed down due to the surges. There were more thefts off exchanges. South Korean hackers were out in force. You need a calm head to invest in cryptocurrencies,’ he says.

‘That is why I firmly believe that next year custody and insurance will be in place and allow the institutional investors to get involved. That will increase the size of the market capitalisation and potentially slow up the extreme volatility. The more security we have; the greater stability we should enjoy.’

Other than that, Drake can only wish everyone a peaceful holiday. ‘Let’s see what the new year brings,’ he says. ‘Happy Holidays.’