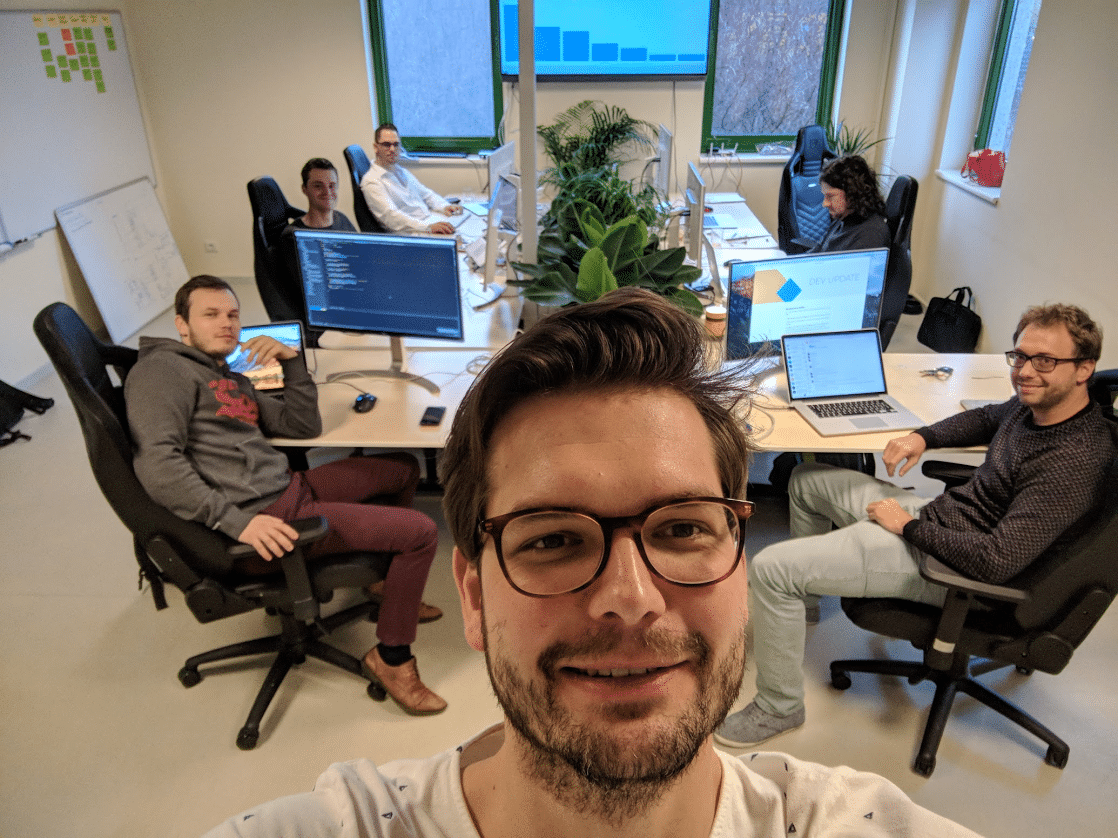 The open software community is a very special space. People are committed to open source as an ideology, a way of collaborating and a way of being. For many it is also a pastime or hobby to jump onto a platform like GitHub and start solving other people’s issues. There are downfalls, of course, sometimes solutions can be a long time coming. Waiting six months for a bug fix is not really ideal in a commercial operation. There is also the possibility of getting bad fixes or inelegant code. Given the open nature of the community it is hard to police and hard to determine quality.

Having said that, the open source community has come on a long way in the past twenty years. Nowadays many commercial operations use multiple elements of open source in their overall systems. The overall quality is as good, if not better than proprietary software (think of all those super brains fixing common issues) and it is typically robust and secure.

FundRequest is a project looking to propel open source to the next level – without compromising the core ethos of the community. The concept was originated by Karel Striegel, a Belgium IT entrepreneur.  He has worked in IT for thirteen years, working with databases, middleware and devops.

‘I began to notice that all the companies I worked for were using more and more open software,’ he says. ‘Now I am not an actual developer, but my colleagues relied increasingly on it, and biggest impediment was a time lag. We know that open software is robust but waiting for a volunteer to fix a problem could be a big headache.’

When the blockchain technology made its appearance in Striegel’s world he began to see a real opportunity to update open source and the people who worked on it.

‘I am not interested in monetizing the whole open source ecosystem,’ he says. ‘That would be counterintuitive. But I could see how it could be improved which is quite a different thing altogether.’

The video explaining FundRequest has a fun character coding on the beach and this is the beauty of monetizing what might otherwise by a hobby or an interest. Developers who code in the spare time might consider working full time in this area – and code wherever they liked. Or developers might just chose to earn extra money – a way of making their interest earn for them.

FundRequest works in the same way that open source works. A user or company publishes an issue. Interested developers can review the issue and if they wish, submit a solution. The best solution is reviewed and picked by the guardian or publisher or the issue.

What FundRequest adds is a fee or reward for the developer – as well as a smaller percentage for a guardian or proposer of the solution. In their scenario, the company wanting the fix offers a fee for the solution. Interested parties can submit solutions and get paid once the contract is executed.

Given there is money at stake, Striegel is also introducing a mediation option. ‘Should anyone at either end of the process feel cheated on code or money, they can enter into mediation to explain their grievance. Then the community can vote on who they think is right. It is a form of democratising work and value.’

There is another way that companies or users could choose a developer. Once the issue is posted, then the company could select a single developer based on reputation or score – all held on the blockchain of course.

In the future Striegel can also see value in a bridge between closed systems and open source. ‘Consider that many top brains are working in open source and that a company night like to hire them for a single job or project, this might be an interesting platform to promote gigs and reward open sourcers.

‘I am aware of some commercial organisations with in excess of 900 open source components. If they need fixing, it would be too expensive to hire internally. It would be much better to pay a fee for an expert than hire multiple programmers,’ he says.

There is another way in which the open source model can be improved according to Striegel. ‘With open source there are often problems and issues that face multiple users. Rather than rely on one source to stump up the money, we will be introducing crowdfunding. This way an issue can be flagged by many people and then a crowdfunded proposal set up. People looking for an answer could lodge ten euros for example and over time this could grow to a figure that would provide sufficient reward for a developer to solve the issue. Painless solution for everyone – but fast tracked because of general interest in getting it solved.’

Another plank in the FundRequest model is the data that will be captured on the blockchain. ‘We should be able to see trends in the open source community – that will be valuable as well in terms of trends, movements and issues.’

FundRequest is in the middle of a pre sale and is on target to hit the $7 million target. Currently the date of the ICO has not been finalised – it will be soon. ‘We are just juggling a few things, both external and internal,’ explains Striegel. ‘It is good not to launch in market uncertainty – that is for sure – but we have also started some development based on our pre sale income and find we are already ahead and under budget on our development costs.

‘Originally we put $20million as our hard cap, but we have revised that down to $15million based on those economies of scale and our increased experience. We shall be announcing soon the date for kick off.’