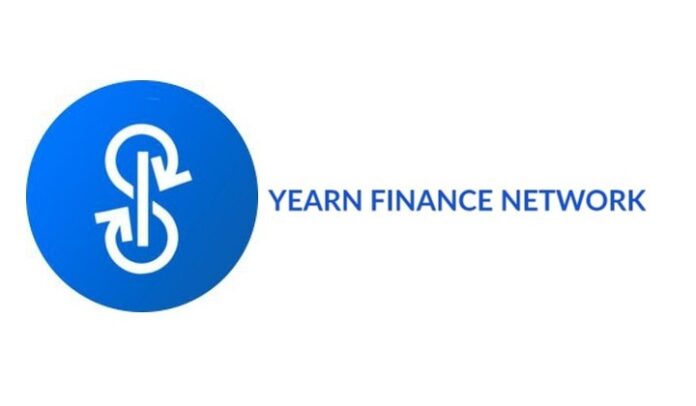 Yearn Finance has announced a new partnership program that will be open to anyone who wants to integrate Yearn Vaults into any product. All partners will receive a 50% profit share.

2/ TLDR: Yearn Partners aims to make Yearn vaults accessible from virtually anywhere. Any protocol that integrates Yearn vaults can earn up to a 50% profit share from their contributed TVL.

Think of it like a white-label solution for yVaults.

Projects that want to participate in the partnership program need to deploy the Wrapper Token contracts for each vault they want to integrate. Users of the partner project can then deposit and withdraw their assets through the wrapper contract, but ultimately, the assets will be utilized in one of the regular Yearn vaults.

The wrapper contracts also track the TVL each partner project contributes to the vault and distributes a 50% share of the profits to the partners on a monthly basis. Through their Twitter account, Yearn explains their vision of a unified DeFi landscape that shall be realized through the partnership project:

We believe Yearn is much bigger than any one team or project, and we plan to show the world that with Yearn Partners. The bank of tomorrow won’t be headquartered in one country, in one city with one giant, gold-plated door that requires a retinal scan to enter. The bank of tomorrow will be right here: on the internet. It will have thousands of entrance points. And those entrances will be open to anyone.

The program will be rolled out gradually for testing and auditing. In the first step, Yearn will carefully vet its partners until the rollout is complete. After this stage, the program will be free for all. Projects who are interested in joining the first stage can contact Yearn Finance through an online form.

One of the First DeFi Unicorns

Since its launch in February 2020, Yearn Finance and its founder Andre Cronje have seen a fair share of hacks, but have become a major driving force for the DeFi industry since, recently surpassing a TVL of 1 billion USD. Shortly after the launch, the platform (under its previous name iEarn) was hacked, leading Cronje to withdraw himself from the project. He later returned and rebranded the platform to its current name.

Yearn’s flagship products are the Yearn Vaults, which accept deposits in a single crypto asset and utility a complex yield farming strategy to earn a return in the same coin. Additionally, Yearn Finance issued a governance token (YFI) in July 2020, distributing nearly all of its initial supply of 30,000 YFI to protocol users. Recently, Yearn Finance minted another 6,666 YFI for further development.

Shortly after the Yearn Finance governance token was launched, it traded for as little as $32 shortly after its inception, the token price exploded to over $43,000 on September 13, driven by the liquidity mining and yield farming craze of Summer 2020. Recently, YFI recorded a new all-time high of over $50,000 on February 12, 2021.

The iEarn incident was however not the only scandal Cronje was involved in. In September 2020, Cronje announced a DeFi platform by the name of Eminence, which was supposed to be a “gaming multiverse” on the Ethereum blockchain. The unaudited smart contract for the EMN token was quickly hacked for a total loss of 15 million USD, of which the attacker returned 8 million USD to Cronje for unknown reasons.

In February 2021, Yearn Finance fell victim once more to an elaborate hack. In order to pull the stunt off, the attacker paid 8.3 million USD in fees and took off with 11 million USD from the yDAI vault.

Yearn Finance is constantly looking for the most profitable yield farming strategies for the various crypto assets accepted by the vaults, which can be proposed on the Yearn Finance forum and approved by governance vote.

Very often, these involve the assets to be utilized on other DeFi protocols that have an explicit partnership. Especially the partnership with Curve DAO has proven to be fruitful, as many vaults have been listed that either accept tokens associated with Curve or employ Curve as part of their yield farming strategy.