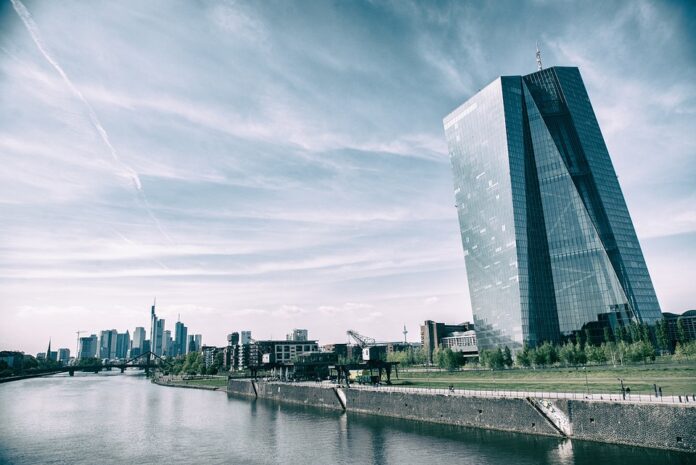 The European Central Bank (ECB) is starting the investigation phase for issuing a Digital Euro. Time for a critical look into chances and possible drawbacks of adopting a CBDC.

CBDCs – Where are we now?

After the tremendous success of Bitcoin and other digital assets, central banks worldwide are trying to replicate the advantages of a worldwide digital payments system through what is called a Central Bank Digital Currency, or CBDC for short. Since the Eurozone is one of the largest economic areas in the world, naturally, the ECB has an interest in modernizing their monetary system as well.

Although the ECB isn’t exactly a leader in the race towards the world’s first full-fledged CBDC, with jurisdictions such as China and the UAE having recently conducted their first field tests, a digital Euro could help cement the EU’s position as a financial and economic powerhouse.

Some Eurozone countries, such as France and Italy are already conducting first regional pilot tests with a CBDC, but it will likely still take years for a Digital Euro to fully launch. In a press release from July 14, the ECB has announced that it has launched an investigation period over the next two years, in which technical design choices will be evaluated.

ECB president Christine Lagarde appreciates the groundwork that has been done by both ECB researchers and national central banks, stating that they are working on providing the safest form of central bank money to citizens and firms:

It has been nine months since we published our report on a digital euro. In that time, we have carried out further analysis, sought input from citizens and professionals, and conducted some experiments, with encouraging results. All of this has led us to decide to move up a gear and start the digital euro project.

A Fiat Digital Euro is not going to work

Since the ECB’s press release clearly states that the Digital Euro will be designed with the needs of EU citizens in mind, here is a dirty little secret: Citizens are fed up with inflationary fiat money systems that can simply print more money at the command of a powerful centralized entity such as the ECB.

The adoption of crypto assets is a testimony to citizens’ desire for a sound money system. By now, the three Latin American states El Salvador, Paraguay, and Panama have pledged to adopt Bitcoin as legal tender and in other South American countries like Argentina and Venezuela, citizens are showing their hyperinflationary fiat currencies the red card by spending their savings on Bitcoin mining equipment.

Furthermore, hyperinflation and the public reaction to it is anything but a modern phenomenon. Throughout history, the powers that be numerously tried to finance wars, government spending, or simply their own sustenance by devaluing their currency, and the effects were always the same. Without a single exception, every time citizens and business owners were subject to inflation, they fled from this treadmill by adopting a different form of “money”, be it gold, everyday commodities like cigarettes, or, in most recent times, crypto assets.

Every single time hyperinflation occurred, those who were able to quickly exchange their hyperinflationary currency into the new form of money quickly enough flourished, while those who were either unwilling or unable (usually those who were already poor and could barely sustain themselves) to do so, fell into poverty even more. Without exception, the cycle of hyperinflation and impoverishment was only ended through a monetary reform and the adoption of a sound money system.

Should the ECB adopt the “Bitcoin Standard”?

With the launch of the Digital Euro, the ECB could have the unique opportunity to conduct a monetary reform that would set the Eurozone on the right track for decades to come. This wouldn’t mean that a Digital Euro had to be a strictly non-inflationary currency. Remember that most crypto assets, such as the largest cryptocurrency Bitcoin, are inflationary as well. It just would mean that the Digital Euro’s inflation rate needs to be predictable and cannot be altered by the ECB’s whims.

This does not even mean that there can’t be additional inflation on top of that, if there is an economic emergency, such as the COVID-19 crisis. It just would mean that every such alteration from the inflation plan must be preceded by a governance vote. In other words, those who own your money must give you their explicit majority consent to print more. Some DeFi Projects like Yearn Finance are doing exactly that: the YFI holders explicitly allow the Yearn Finance team to mint more tokens for spending on future development, in order to ensure the long-term growth of this cryptocurrency.

Is there any Chance the Digital Euro will become sound Money?

Unfortunately, the hopes of finally returning to a sound monetary system through the Digital Euro are nothing but a dream. In fact, the ECB is far more likely to go into the exact opposite direction. In a 2020 working paper, the ECB is openly stating that the adoption of a CBDC would greatly enhance their monetary powers, for example by facilitating the implementation of a negative interest rate, or the issuance of helicopter money.

Clearly, the ECB intends to use the Digital Euro to continue their monetary policy, but on Steroids. The 2007 financial crisis, which directly led to the invention of Bitcoin, should have already signalled the need for sound money. Instead, the ECB chose to kick the can further down the road. This of course did not make the EU’s financial problems suddenly disappear, but caused the unavoidable crash to happen at a later date, with a greater magnitude.

In the wake of COVID-19, this monetary policy will certainly continue, if necessary with the help of a CBDC. In that sense, the ECB can be likened to a drug addict, who prefers to take just one more dose, fully knowing that his next fix will only exacerbate his problems, over finally facing the consequences. The alternative, the sudden switch to a sound money system, would cause an economic thunderstorm all across Europe that would be just as cleansing as it would be destructive. The withdrawal symptoms would be at least 10 years of economic recession, and of course the removal of all ECB banksters from your cozy offices.

We, the people, demand a monetary sound Euro!

With the Digital Euro, you might have a third option at hand. Instead of going cold turkey, come up with an inflationary recovery plan that reduces the inflation rate year by year, to ease the economic effects of both the Financial Crisis and COVID-19, until you get to an agreeable inflation rate, where it will remain fixed, just like any economically sound crypto asset does. You are free to spend the money you print by increasing the Digital Euro’s supply in any way you see fit, but you won’t have the power to inflate the supply any further than you have agreed to.

If any company, bank, country, or other organization goes bankrupt as part of this process, so be it. If you think that something is “too big to fail”, you need to ask us, the citizens of the EU and rightful owners of the currency, for permission to print more money and bail it out. If we refuse, it is not too big to fail. That would be a Great Reset that we, as members of the crypto community would believe in. Otherwise, we, the people, will say No to your Digital Euro.