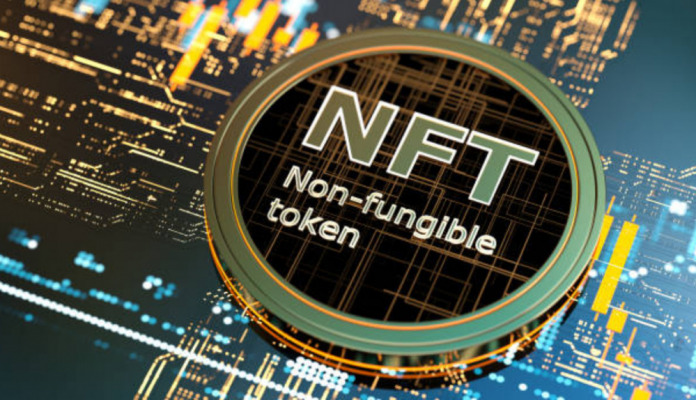 With the rise of digital art and other forms of NFTs, a heated discussion has erupted surrounding the carbon footprint of non-fungible tokens. Several mainstream news outlets, such as The New York Times, The Independent, GeekWire, and Verge have covered this topic, which clearly shows that the digital art craze is about to hit the mainstream.

Although these are undoubtedly good news for the adoption of blockchain technology, the news outlet might be spinning a false narrative, which is most likely fed by the lack of knowledge about the way blockchains work and the factors that drive their carbon footprint.

NFTs are not Driving Energy Consumption

The online platform ArtStation recently announced that they want to be launching NFTs as a proof of concept. However, after social media protests that criticized the environmental impact supposedly associated with minting NFTs, the platform discarded its plans again.

What is true is that Proof of Work blockchains, such as Ethereum, which hosts the vast majority of NFTs, have an unsustainably high energy consumption. For Ethereum alone, the current energy uptake is over 40 TWh per year, which is comparable to the entire country of New Zealand.

The misconception here is that the protestors apparently seem to believe that this energy consumption is somehow linked to the transaction workload on the Ethereum blockchain. To put it simply, Proof of Work miners play an overly complicated game of I’m-guessing-a-number to produce blocks in regular intervals. A really long number that is. And the more miners go online, the longer the number that is needed to be guessed correctly to validate a block.

This is completely independent of the number of transactions that go into each block. Suppose that NFTs wouldn’t exist, the miners would still be validating the same number of blocks under the same conditions. By all means, the miners could be validating empty blocks and their energy consumption would not be one kWh lower than for full blocks.

So are NFTs carbon neutral then?

Despite this, the possibility that NFTs are influencing the carbon footprint of Ethereum cannot be ruled out completely. As stated above, the energy consumption of PoW blockchains is driven by the number of miners, which is in turn driven by the price of that blockchain’s native cryptocurrency.

When the price of the native coin increases, so do the USD rewards per block. Subsequently, there are more incentives for miners to go online. The figure below compares the price development of Ether with Ethereum’s energy consumption. 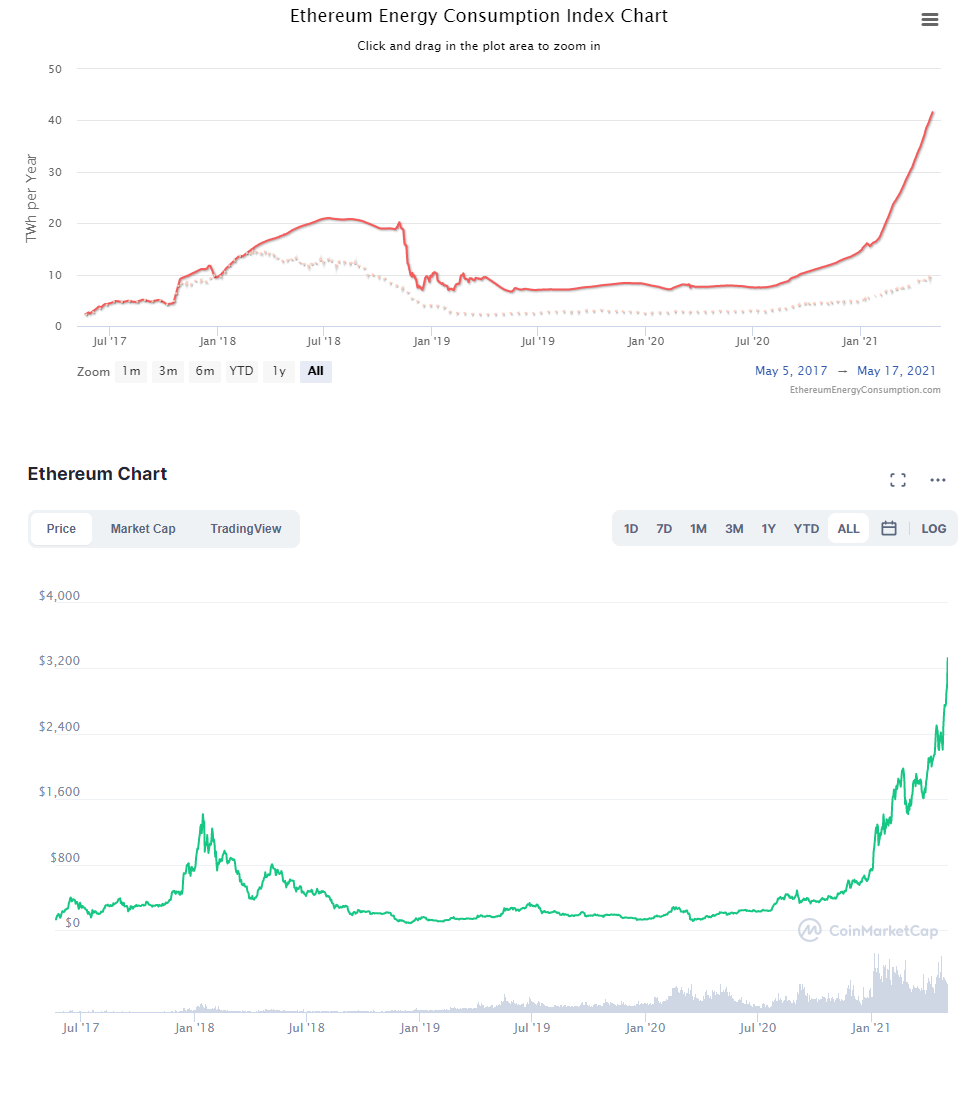 Assuming that the popularity of NFTs produces more demand for ETH, thus creating upwards price pressure, it is safe to assume that they have a certain impact on Ethereum’s carbon footprint. It is just that this impact comes about through other mechanisms that crypto laymen would naively assume, and most likely, to a much lower degree than laymen would assume.

What are Alternatives to Ethereum?

Over the last years, Proof of Stake has proven to be a viable alternative to Proof of Work that is just as safe and comes at just a fraction of PoW’s energy consumption. Right now, the biggest competitor to Ethereum is the Binance Smart Chain. Its compatibility with MetaMask made BSC the number one alternative for DeFi DApps, but its adoption of NFTs has been slow.

Another smart contract platform that has received a lot of attention lately is Polkadot. The multi-shard layer 1 blockchain network is built to be interoperable with Ethereum and currently trying to move into the NFT space. For example, Polkadot’s Substrate framework will power the decentralized PoS blockchain called Efinity that is currently being built by Enjin.

Algorand could also be an interesting alternative to Ethereum as well thanks to the rich set of layer 1 features that enable the creation of standardized assets, such as NFTs, without the need for additional smart contracts. At the current state, Algorand estimates that minting an NFT on their blockchain comes at a carbon footprint of only 0.0000004 kg of CO2. Thanks to a partnership with ClimateTrade, Algorand strives to become not only a carbon-neutral but actually a carbon-negative blockchain.

Another possible way to decrease the environmental impact of NFTs is to offload them onto a layer 2 network that runs parallel to Ethereum. For instance, Polygon has recently closed several partnerships with NFT projects. Since the Polygon network uses its own native token (MATIC) for payments, this would remove some of the demand for ETH in favor of MATIC, whose price does not have an impact on carbon emissions.

Despite all of these alternatives, what will ultimately put an end to Ethereum’s huge energy consumption for good, is Ethereum itself, as the leading smart contract platform took on the herculean task to transform into a PoS blockchain. While it will likely still take until next year for Ethereum 2.0 to mature into full functionality, the effects of this transition already show themselves.

In 2016, Ethereum has introduced the difficulty bomb, which gradually reduces the mining rewards and thus the incentive for energy heavy block mining. Without these efforts that started years ago, Ethereum would now have an even higher energy consumption than it has now and the relative carbon footprint is set to decrease even further until the transition to Ethereum 2.0 is finalized, when Ethereum finally enjoys the same sustainability its competitors already feature.