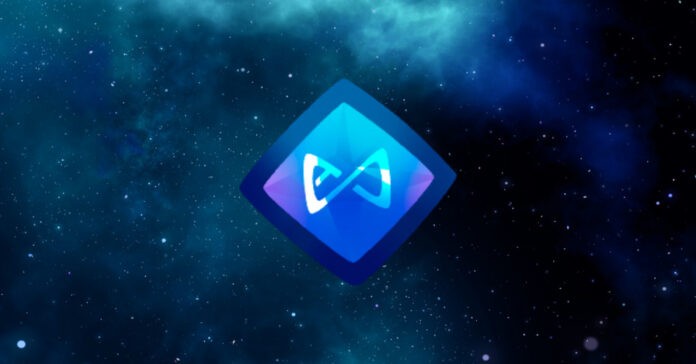 Axie Infinity unleashed our bottled-up desire to love and nurture through digital pets. Quite successfully, we must say. It is one of the top NFT collections in the market now.

As promised, the play-to-earn gaming platform launched its staking dashboard a few days back. The locked-in value blew up soon, and It stands at a whopping $1.91B now.

Have some AXS tokens you’d like to stake as well? Or, just want to tap into the trend? Here is a comprehensive step-by-step guide on how to stake AXS tokens.

Wait, but what is AXS token

AXS, short for Axie Infinity Shards, represents a little slice of the Axie universe. It is an ERC-20 governance token that empowers holders to shape the future of the project. It gives them a say in a variety of matters like the upgrades to the ecosystem and the usage of the Community Treasury. Users can earn AXS as rewards by playing the game or through user-generated content initiatives.

Although there have been many ‘decentralized’ gaming projects in the past, only a few have managed to retain the true essence of decentralization. It’s challenging to keep up with, especially since we are dealing with a relatively new technology. However, Axie Infinity is willing to give it a try.

Acknowledging all the complexities involved, the aim is to become the first game that is both owned and operated by the community that plays it, over time. Axis Infinity is on the path to be the first-of-its-kind DAO gaming platform. The AXS staking system will play a key role in realizing that.

Related: SLP Token: The ‘Other’ Token On Axie Infinity

Err.. what is staking

Staking is similar to depositing your idle fiat assets in a bank. Just like how banks would put the money to good use and give you a share of the profit generated in return, crypto platforms lock up crypto assets for a period of time to contribute to a blockchain network. Staking allows projects to share the value of the ecosystem with the community. The key difference is, the returns are highly volatile in staking.

In the Axie universe, staking is a way to nurture a long-term mindset in the community through incentivization. At present, users who lock up AXS tokens will be eligible for rewards as displayed on the dashboard. The APR is dynamic.

As the project progresses, staking will give users voting rights. They will be a part of the decision-making process in the community.

The math of it

The maximum supply of AXS tokens is capped at 270M. The circulating supply is 60,907,500.00 AXS, which is 23% of the total supply, as of now. Since it takes time for a project to grow and expand and the word to get around, the tokens are released over time. This gives everyone the chance to be a part of the project. The remaining AXS tokens will enter the market as rewards for playing, staking, and other initiatives.

Currently, the team is working on the math with Delphi Digital. So we can expect some changes in the emission schedule soon. However, they have made it clear that there wouldn’t be any changes in the total supply of tokens.

How to stake AXS tokens: A step-by-step guide

Axie Infinity was initially built on Ethereum. However, as the scope of the project expanded and the number of users grew, the blockchain turned out to be unfeasible for the scaling demands. That was how Ronin came into being — an Ethereum sidechain that is made specifically for Axie Infinity. Ronin Wallet is the sidechain wallet for Axie Infinity.

Currently, extensions are available for Google Chrome and Mozilla Firefox. (Yet to be launched on Google Play and iOS App Store.) You can either set up a new wallet or import your existing wallet using the secret recovery phrase. If signing up for a new wallet, the first step is to create a strong password. Then, you can unveil your secret recovery phrase. As it goes with all wallets, make sure you have noted them down somewhere safe and hidden. One more confirmation and you have got yourself a Ronin Wallet.

Step 2: Login to the Axie Marketplace with Ronin Wallet

Why? Because, if you skip this step, you may keep seeing the error message ‘You’ve used up today’s free transactions’ on Ronin Wallet. To bypass the annoyance, make sure you are logged in. In case you haven’t signed upon Axie Marketplace yet, you will be asked to complete the setting-up process with an email and a password.

A no-brainer, the foremost thing you need to stake AXS tokens is AXS tokens. If you are not a player on the platform or have used up all your tokens, you can go to crypto exchanges like Binance, Coinbase, Huobi, or FTX to buy them.

For this, we will use the Ronin Bridge.

You need to transfer them to your Metamask wallet first since Ronin is a sidechain of Ethereum. Once that is done, you can go to Ronin Bridge and transfer your AXS tokens from the Ethereum network to the Ronin network. This is because AXS staking is only compatible with the latter.

To deposit AXS tokens, you have to connect your Metamask wallet and confirm the integration, which will take you to this page.

You know the drill. Confirm the transaction and go to Ronin Wallet. Here, you will find your tokens. It is important to note that Ronin bridge charges a fee on the conversions. Without adequate ETH in your Metamask wallet, the transaction won’t process. (If you don’t want to go through these hassles, Binance currently supports direct withdrawal to the Ronin network at low fees.)

Click the ‘Connect to Ronin Wallet’ button on the top right to get started. Now, type in the number of AXS tokens you would like to stake and approve the transaction from Ronin Wallet.

You can now keep tabs on your tokens staked and rewards accrued live from the same page. Stats like AXS price, weekly rewards, and circulating supplies are available on the dashboard.

You also have the option to claim or restake the rewards. If you opt for claiming, the reward tokens will be sent to your wallet. You can sell them in the market or use them for breeding. On the other hand, restaking tunnels back your asset to the staking treasury. This is one way to increase the rewards. However, claiming and restaking are available only once every 24 hours.

To unstake the tokens, simply click the red button and input the amount you’d like to unlock. It can be full or partial. The unstaked tokens are sent back to your Ronin Wallet.

(The accrued rewards are not unstaked along with this, you have to withdraw them separately.)

Related: Metaverse Powered By NFTs, The Next Giant Leap In Technology?

Should I stake AXS tokens?

Now that you know how to stake AXS tokens, should you? Here are a few factors to consider before taking the plunge.

Staking is a great way to put idle crypto assets to good use. Also, it nurtures a feeling of belongingness in the community that will eventually help build a project. The staking system on Axie Infinity is a work in progress. The ‘Govern’ section is not active yet. Research and development are in progress to expedite the launch. When it goes live, stakers who are neither players nor keen about being a part of the governance process might be able to assign the work to someone else. There are also plans to update the system over time to give better returns to users who have measurably added value to the Axie ecosystem before claiming.