A well-known cloud service for mining cryptocurrencies, HashFlare, has just decided to shut down their Bitcoin-mining services. All BTC-related mining contracts have been terminated as well, citing lack of profitability.

A new statement from a cloud crypto-mining service, HashFlare, came via Facebook that the company will terminate all Bitcoin mining operations. According to the statement, the price of Bitcoin has made mining services not profitable enough for them to continue.

The statement says they have made every effort to find a solution but nothing has provided satisfying results so far. They have tried various technical solutions to lower expenses but there was no significant influence on the prices of electricity and maintenance.

HashFlare continued that the payouts to their customers have been even lower than maintenance fees for nearly a month. With a situation like that, the only thing that is left for the platform to do is to terminate Bitcoin mining and all related contracts. The move, while relatively sudden and damaging to the company’s customers, is still possible thanks to one of their Terms of Service clauses.

Fortunately, however, the company hopes to resume services once Bitcoin’s price stabilizes.

The move to terminate Bitcoin mining services and contracts is not as unexpected as it may seem. Back in April, analysts Morgan Stanley openly admitted that BTC miners would be operating at a loss if the price of the coin went under $8,600. As we know, the price of BTC dropped much lower than that, even reaching $5,800 at one point. Mostly, however, the price remained at around $6,300 since then, but that changed a week ago when Bitcoin finally started seeing new increases and is currently near $8,000.

Customers did not react well to the decision

Shortly before the HashFlare announcement, the company introduced new AML and KYC protocols. These protocols prevented unverified miners from accessing their funds, then the company announced that mining will be shut down, causing a major uproar.

Not only are the miners unable to mine BTC anymore, but even the coins that they did receive cannot be accessed now, which makes them effectively trapped in the system.

Luckily, this has not affected all of the service’s users, since HashFlare continues to offer cloud mining contracts on Ethereum and Litecoin. For now, Bitcoin remains the only coin whose mining services have been revoked by the company. Whether this situation will continue remains to be seen. 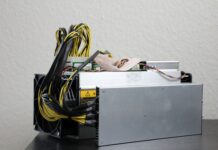 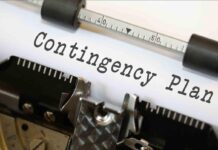