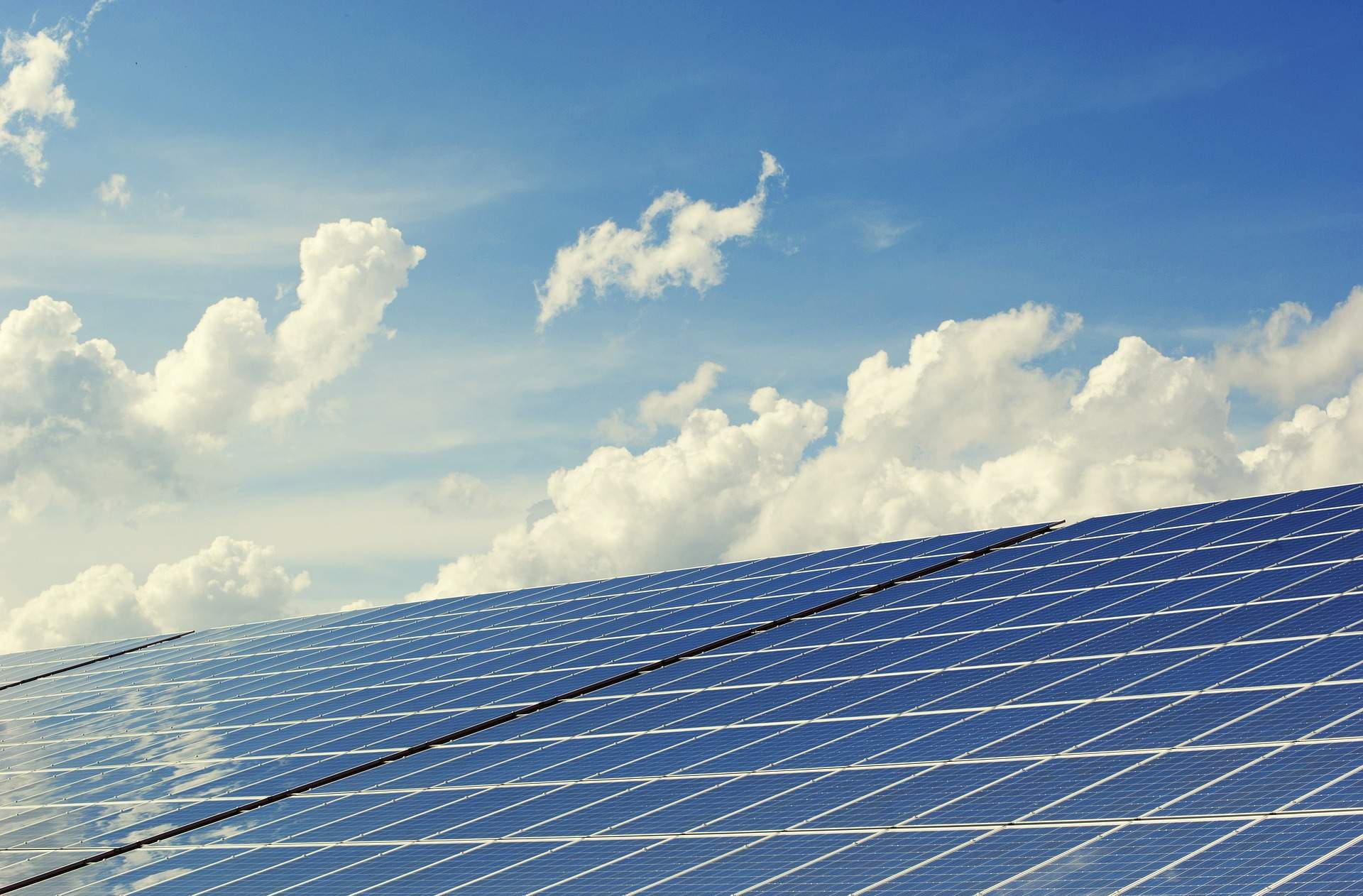 Last month, the value of bitcoin reached an all-time high, producing a flurry of media attention. In fact, Bitcoin has been experiencing a meteoric rise since the beginning of 2017, with its value growing from $1,000 to a record $11,300. Research produced by Cambridge University estimates that in 2017, there are 2.9 to 5.8 million unique users using a cryptocurrency wallet, most of them using bitcoin.

Despite its growing popularity, there remains a major issue preventing Bitcoin networks from fulling entering the mainstream. Bitcoin mining, the process by which more Bitcoin is obtained, is extremely energy intensive. It is becoming increasingly difficult to generate sufficient income through Bitcoin mining to offset the cost of the electricity used in the task. As a solution, miners are turning more and more to renewable energy sources and solar in particular.

Bitcoin is the most well known of a class of money called cryptocurrency. Cryptocurrencies are purely digital; they can only be created, held, and transacted electronically. They are never printed and you cannot hold a bitcoin in your hand. Rather than being backed by gold like traditional currencies, bitcoins are based on mathematics.

The most important distinction between bitcoin and regular money is that it is completely decentralized — there is no single controlling administrator or central repository. In order to maintain order, every single transaction on the Bitcoin network is recorded on a massively long ledger known as the blockchain. The blockchain is made up of many ‘blocks’ of transactions.

What is bitcoin mining?

As mentioned, Bitcoins aren’t printed like normal currencies and they aren’t issued by a mint; instead, they are discovered in a complicated mathematical process called ‘mining’. The name references the fact that getting new Bitcoins is a lot more like mining for gold than it is like printing paper money. Though the process is highly complex, the concept is simple enough to warrant a quick review.

In order to obtain new Bitcoins, miners around the world use computer programs to develop unique codes representing each of the blocks of transactions making up the blockchain. These codes are called hashes. When a miner generates a correct hash, it is akin to uncovering a new vein of ore in a gold mine. They are rewarded with 25 Bitcoins and the blockchain is updated.

The Bitcoin algorithm is written such that as the network grows and more miners participate in the process, it becomes more difficult to develop hashes. This is important because it keeps the rate of hash creation relatively steady. It keeps the miners from immediately finding and exhausting all those veins of ore. Unfortunately, it also means that Bitcoin’s energy usage problem is only getting bigger.

So where does solar energy enter into the equation? As the Bitcoin algorithm increases in difficulty, so too does the computer processing power required to create new hashes. What was once run on a small home network now requires immense supercomputers. Miners are starting to have trouble balancing the profitability of the Bitcoins with the energy costs of running and cooling banks of processors, and individual home-based miners are being priced out of the system.

Recent calculations have shown that a single Bitcoin transaction uses as much energy as 1.6 American households and that, by 2020, the overall Bitcoin network itself could consume energy at a continuous rate similar to that of a small country like Denmark. And costs are not the only factor. The environmental implications of expanding the Bitcoin network are also substantial. Each Bitcoin releases approximately 2,720 kg of carbon into the air, around 9.8 million kg per day. A shift towards solar energy may be the solution to both problems.

Mining Bitcoins with solar energy is a relatively novel idea, but case studies are already emerging to provide supporting evidence. A miner in the California desert using twenty-five Antminer S9 Asics computers recently demonstrated profitability even with Bitcoin at valued at only $2,000. To establish the system, including the computer hardware and solar installation, he initially outlayed approximately $8,000 per computer. Once operational, each of the twenty-five Antminers earns a revenue of $18 per day discovering Bitcoins and ongoing costs are virtually nil. As long as Bitcoin remains above $2,000, the system is profitable.

To offset the expensive start-up costs, many miners use previously mined Bitcoins to fund their solar projects. Another option is to form business partnerships between mining groups and solar installation providers. For example, bitcoin mining operation NastyMiners recently partnered with solar energy company Sunpower in a mutually profitable collaboration.

Renewable energy policy expert Tam Hunt suggests that using solar power for bitcoin mining generates returns on the order of 25 to 50 cents per kWh when Bitcoin is valued at $2,500. This is a significantly larger profit than can be achieved by selling excess power back to the grid.

There are two important factors when selecting a location for a Bitcoin mining operation — cool temperatures, to keep the high-powered processors from overheating, and fast and available internet. Iceland is exceedingly popular for meeting both criteria, while having the added environmental benefit of abundant geothermal energy. Iceland is not, however, an inexpensive place to operate. When opting for a solar powered mining operation, copious sunshine becomes a third requirement and the deserts of the American Southwest are proving popular in this regard.

Lest you think this sounds like an effortless get-rich-quick scheme, setting up a Bitcoin mining operation is no easy task. It requires the start-up capital to purchase the requisite computing power and the technical and mathematical knowledge to run the programs. It also requires a huge amount of energy, so much so that electricity costs are now the determining factor when considering the profitability of a Bitcoin mining operation. Introducing solar power into the equation not only tips the scales toward maximum profit, but also offers an environmentally sustainable option for the expansion of the Bitcoin network.

By Kyle Pennell from Powerscout.