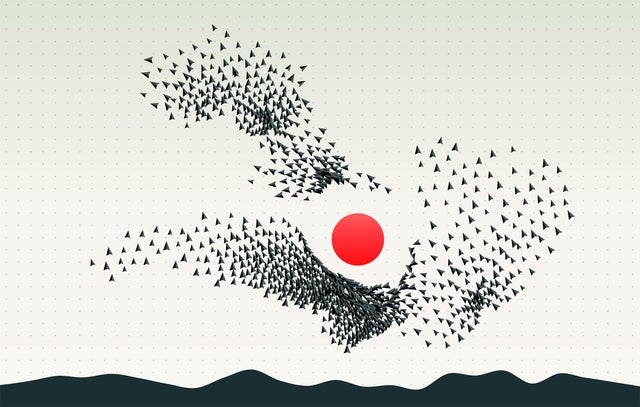 In his latest interview, Tezos connoisseur Lukas Zuegg spoke with “shadowy super coders” Ryan Sears and Keefer Taylor about the evolution of DeFi on the Tezos blockchain, as well as their project, Kolibri Finance.

Tezos lauded for its uncomplicated governance

One of the first questions Zuegg asked his two guests, is why they chose Tezos as the host blockchain for their algorithmic stablecoin project Kolibri Finance. For Sears and Taylor, both long-standing Tezos ecosystem developers, anything else was never really in question.

Ryan Sears commented on the pioneer role of the Tezos blockchain in Proof of Stake consensus:

“I’m a big fan of Proof of Stake just in general. I think that this is obviously where the world is going. The fact that Tezos delivered years ago and that this thing works and it’s functional, it’s got smart contracts and all of this other stuff.”

However, one of the most important reasons for his is the fact that the Tezos protocol allows TEZ holders to lock their tokens up in a smart contract, and delegate them to a baker at the same time, which is a unique feature of Kolibri, compared to algorithmic stablecoins on Ethereum.

Keefer Taylor on the other hand is worried about contentious governance forks that, according to him, will happen in many DeFi projects sooner or later:

“I think there has been some contentious governance stuff in Tezos and the community has largely been able to resolve it via on-chain voting as intended, which is, you know, cool and a pretty useful thing for the network. That’s always been very attractive to me about Tezos.”

The interplay between ecosystem and protocol developers

A lot of the interview revolved around the interactions between developers who work on the Tezos ecosystem, such as DeFi platforms, and the developers who keep improving the Tezos protocol. Taylor commented on how smart contract developers have to adapt to protocol changes, but can also request layer 1 upgrades:

Both super coders are especially looking forward to the upcoming protocol H upgrade, for its inclusion of a view function and smart contract caching. Once implemented, the upgrade will make smart contract execution on Tezos significantly more gas efficient.

Where is Kolibri heading?

As for the near future of Kolibri, Zuegg wanted to know about the token structure of the DeFi platform. While Kolibri has the stablecoin kUSD and the governance token kDAO, no further tokens are planned in the upcoming months, but contributors towards Kolibi’s liquidity pool can redeem a fungible and tradable token called QLkUSD as a “bookkeeping mechanism”.

Sears and Keefer also recently submitted an improvement proposal for a savings pool that would pay contributors in an interest-bearing stablecoin called IBkUSD, but this proposal is still up in the air. During the interview, another Kolibri Improvement Proposal, KIP 006, just finished voting and passed with a large majority.

KIP 006 prioritizes Kolibri’s liquidity pool for liquidations, over third-party liquidators. This allows the DeFi protocol to run more efficiently and could create enough security that the minimum collateralization rate on Kolibri could be relaxed in the near future from its current value of 200%, to potentially 150%.

Thanks to Kolibri’s innovative governance mechanism, KIP 006 was implemented automatically, after a timelock period of three and a half days. On Kolibri DAO, all improvement proposals are submitted with the appropriate smart contract code attached, and executed automatically after the timelock, granted that the governance vote reaches a supermajority of 67% in favor.

For their governance, Sears and Taylor are highly mindful of keeping the process democratic. For this reason, Kolibri’s development company, Hover Labs, votes “abstain” on proposals from themselves. They do vote (to help achieve quorum) and if someone else submits a proposal, they happily vote yay or nay.

Keefer especially thanks dissenting voters for their input:

“I’m also really stoked to see people voting Nay. I wish that I knew slightly more about why, but I think it’s really good and healthy to have people who are thinking for themselves.”

In order to make the governance process easy and accessible to community members without coding experience, he also developed a governance frontend that allows users to generate the underpinning computer code (referred to as lambdas) without any coding necessary through a simple form.

Break glass in case of an emergency

Zuegg also wanted to know about some of the safety mechanisms that are hidden in the Kolibri code. In his words, whether it is possible for “the seven kings to come together with their rings to forge the one and only”.

Indeed there are break glass contracts that let the DAO revert back to its prior state, when it was controlled by Hover Labs’ multi-sig wallet. There is also another safety mechanism dubbed the pause guardian, which can instantly freeze all safety-relevant functions of Kolibri. Sears commented:

“It would be great if the pause guardians were community members, or a culmination of five people, who need to come together Captain-Planet-style, or seven people like in Lord of the Rings. Whatever you want to call it, and then we can have good actors within the ecosystem be some of those trusted folks.”

He adds that these safety measures will be further decentralized once security reviews on the DAO are completed. Ultimately, he wants Hover Labs to take a hands-off approach entirely:

“We like the idea of shutting the door behind us. This thing needs to be like a toddler learning how to bike. At some point, we need to take our hands off and let the toddler either crash, or ride on its own.”

One of the largest issues in DeFi is the Oracle Problem, which states that any smart contract can only be as trustworthy as the oracles it is relying on. As a solution, Kolibri uses the Harbinger oracle, which was developed by Keefer Taylor and Luke Youngblood, who is also an advisor to Kolibri.

In a nutshell, Coinbase reports a price feed to Harbinger, signing the feed off with a private key as proof that the price information is authentic. Harbinger then makes the price feed publicly available for the whole Tezos ecosystem.

Hover Labs invokes Harbinger once every 15 minutes and another Kolibri community member does the same, meaning that price feeds are updated every 7.5 minutes. Taylor also points out the website harbinger.live, which can be used to manually call a price update. He also remembers at least one instance, in which a price update was specifically called in order to trigger a liquidation:

“I think these sophisticated actions are really cool and it’s actually really bullish for Tezos that people like doing them. So I think it’s pretty cool to watch and see people come up with novel strategies like that.”

Zuegg also came back at his last interview with Werner Broennimann, co-founder of youves, another synthetic asset platform on Tezos. Sears commented on the relationship with their competitors in the Tezos stablecoin space:

“This is a large ecosystem and there’s room for everybody. But there’s also a lot of ideas that they had that were very good. I think that we’re gonna take them and make our own. And I think that they have also taken some inspiration from us, so it’s kind of a neat thing.”

Ultimately, Zuegg wanted to know about the long-term plans of both Kolibri and its super coders. Both agreed that they do not have any plans of moving Kolibri over to a different blockchain, but cannot rule out that there will be a cross-chain bridge for kUSD at some point.

In any case, Sears and Taylor want to stay true to Kolibri, Tezos, and its DeFi ecosystem for years to come.