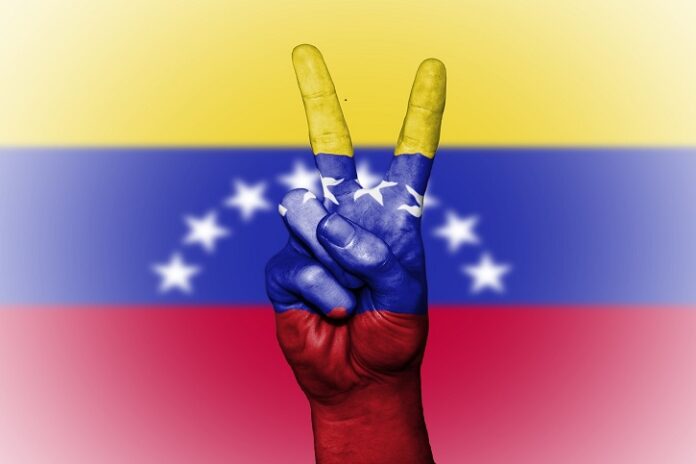 Venezuela is currently undergoing a faster cryptocurrency adoption rate than ever before, with Dash leading the charge into the inflation-stricken nation desperately in need of a financial contingency.

While the oil-backed Petro (PTR) made up most of the headlines filtering out of Venezuela in recent months, its progress has faltered and shows little sign of making a practical impact on the ground. Inflation continues to rise and is expected to reach rates of 1,000,000% by the end of the year, one of the worst cases of hyperinflation in recorded history.

Amid this chaos, Dash has established itself as the most adopted cryptocurrency in Venezuela, as citizens seek an alternative to the merely decorative Venezuelan Bolivar. There are now 541 merchants accepting Dash as a payment method. Among them are a real estate firm, a bakery franchise, and a motorcycle shop.

With 10,000 Dash users among the Venezuelan population, this may be one of the most concentrated occurrences of crypto adoption witnessed anywhere in the world up to this point. Among that number are around fifty Dash employees who also receive their paycheck in the Dash currency.

The arrival of cryptocurrency on the scene may not be much of a surprise given the country’s financial state, but many will be wondering why Dash are the ones making moves into Venezuela as opposed to one of the more hyped coins.

The answer lies in the Dash Treasury program, where funds are allocated to community members who want to further the Dash cause in some way. In this case, members of the Dash community have been on the ground in Venezuela for some time now, focusing their time and resources on attracting merchants to accepting Dash payments. The effort paid off, with 80% of Venezuela’s 541 merchants being brought in with the help of treasury funding.

“The Dash cryptocurrency and community have made the biggest contribution to our country. The numbers speak for themselves.”

Cryptobuyer is one of the leading South American crypto exchanges, and CEO Jorge Farias confirms that Dash is now the most transacted cryptocurrency in Venezuela – although still behind the dollar-volume of Bitcoin. Farias stated:

“Cryptobuyer was the first platform in Latin America to integrate Dash in early 2017, as well as the first to offer it in Venezuela. Every month, we see how Bitcoin and Dash fight for the top volume in our operations, but as for the largest number of transactions, Dash is winning at this time.”

Alejandro Echeverria of Dash Merchant described the practicalities of using Dash in Venezuela, noting the general legality of cryptocurrencies in the country, versus the illegality of using U.S dollars. Echeverria told us regarding pricing:

“We are promoting a POS system which is very useful because it has the Bolivar/DASH rate, so merchants just type the Bolivar price and the POS shows you the Dash price immediately. A lot of merchants are setting their price in USD due to the hyperinflation, but actually that it is illegal (setting prices in USD) and that is why Dash has a great opportunity. And it’s actually happening because cryptos are legal and we are pushing the adoption to higher limits each month.”

Ultimately, Dash holders will still have to cash out to Bolivars in order to pay official bills and such, but many are choosing to use Dash as a value store. As volatile as cryptocurrencies can be, nothing compares to a one million percent inflation rate. But as Echeverria noted, the ultimate goal is to have Dash used as a transactional currency, rather than a long-term value store:

“Venezuelans see Dash as a store of value. The Bolivar loses approx 4-5% of its value each day so anything better than that will be treated like a store of value and that is exactly what is happening with Dash. But what we’re aiming to achieve is the adoption and real use for daily payments.”

Without undermining the grave nature of the economic situation in Venezuela, it will be interesting to see how the nation responds to Dash and cryptocurrency in general. The country presents a unique case study and the outcome in Venezuela may foretell the long-term future of the crypto game in general.