A report published on Monday confirmed that Google has stepped into the blockchain industry and it will be deploying blockchain technology alongside other tech giants to provide cloud services and fintech solutions to its customers.

Subsequently, Google announced that it has teamed up with a number of blockchain firms, BlockApps and Digital Asset, to provide Distributed Ledger Solutions on its Google Cloud Platform, which will permit users to discover ways to use the distributed ledger technology framework.

BlockApps is one of the major blockchain application development enterprises in the world. The BlockApps enterprise allows blockchain podiums to launch DApps, while Digital Asset supplies distributed ledger software for the fintech niche.

“Building a better cloud with our partners at Next ‘18, ahead of Google’s Cloud Next ’18 conference, the company specified that later on this year, customers will be able to test out open-source integrations for Hyperledger Fabric and Ethereum (ETH) protocols in the GCP Marketplace service,” said Google.

According to Computerworld, Blythe Masters, CEO of Digital Asset said that the new collaboration with Google will enhance the importance of blockchain technology and overcome the technical difficulties of distributed ledger technology application development.

In partnership with these blockchain-focused firms, Google has joined other tech giants alongside (BaaS) offerings, like IBM, Microsoft, AWS (Oracle Amazon Web Services), which announced its blockchain podium for DApps back in April.

Consequently, following the footsteps of Facebook banning crypto-related advertisements, Google did the same back in March. However, many crypto experts said that the crypto ban is immoral and unfair.

Mark Zuckerberg said in a personal post that he had a desire to study cryptocurrencies further:

“There are important counter-trends to this — like encryption and cryptocurrency — that take power from centralized systems and put it back into people’s hands […] I’m interested to go deeper and study the positive and negative aspects of these technologies, and how best to use them in our services.”

A few days back, at the Blockchain Summit held in Morocco, co-founder of Google, Sergey Brin said that he mines Ethereum. He further said that Ethereum mining was very easy and that cryptocurrency is “mind-boggling” 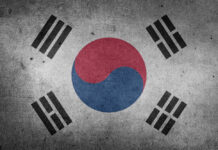 Binance To Launch A DeFi Hackathon In India 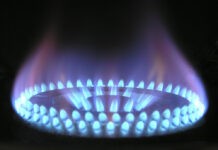