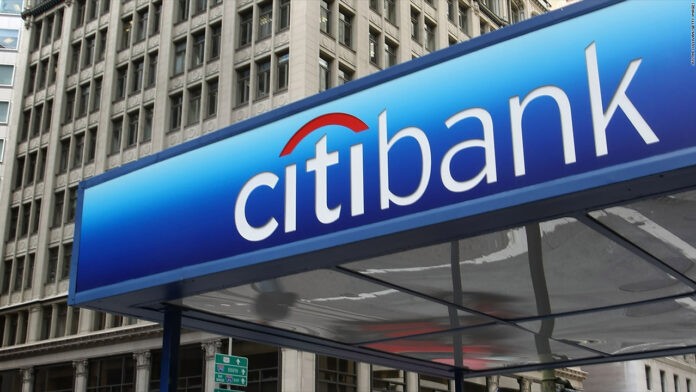 One of the largest and most renowned banks in the world, Citibank, seems to have developed a big interest in exploring cryptocurrencies. Crypto enthusiasts speculate that Bitcoin (BTC) adoption might be on the horizon.

Citibank, which is one of the biggest banks in the world, and was founded in New York back in 1812, has started paying attention to cryptocurrencies. The bank conducts worldwide operations, and numbers over 2000 employees. Additionally, it has numerous subsidiaries throughout the world, especially in Asia.

According to speculation, the bank’s new interest in cryptocurrencies might lead to an official Bitcoin adoption. If this truly comes to pass, this will become the first major bank in the world that will adopt a cryptocurrency.

It should be noted that the bank has not issued any official announcement or statement that might indicate that this is actually a part of their plan. However, the serious approach to crypto studying definitely indicates that something is about to happen. With a situation like that, who can blame the cryptocurrency fans for hoping for the outcome that everyone has been expecting for nearly a decade?

At the very least, the new development might be a sign that the bank might start offering some kind of crypto-related product. One of the sources familiar with the bank’s plans stated that the bank is researching various cryptocurrencies. The chosen coins were not specified, but the source stated that the large majority of them are those cryptos that could be used in retail.

Now, this is not a lot to go on, especially considering that there are numerous banks that are researching new technologies like cryptos and blockchain. Even so, the news of another banking giant approaching cryptos is still an exciting development. Especially considering that this bank’s approach to cryptos is not just abstract thinking about them, but real exploration regarding how cryptos may be implemented into their business practices.

Another big indicator that the bank might actually be going crypto soon is its CEO’s attitude towards cryptos. Michael Corbat has already appeared to be bullish to the idea back in June. Additionally, the bank has been rather open regarding its support towards the blockchain technology. Not to mention that Citi Treasury and Trade Solutions already adopted payment solutions that are based on this technology as far back as last year.

If the bank truly is considering adopting Bitcoin, this could have a significant impact on the world of cryptos. The bank’s customers might get access to different BTC products, as well as trading options, or even investing. The bank might even decide to go for creating its own exchange, a wallet, or it may provide the option for its customers to store BTC within regular bank accounts.