As more innovations in crypto mining take place, so more features come into play to allow players to enjoy streamlined trade. Coinbase, on the other hand, has filed for a patent to help online buyers carry out secure payments direct from their Bitcoin wallets.

The patent highlighted the issue of buyers having to compromise on the security of their private keys, the codes that users deploy to open their cryptocurrency wallets. They are personal and not public. Security keys are like the personal safe.

Part of the patent states:

“The current systems do not address the issue neither do they proffer a solution to on how to maintain security over private keys. As a result, customers are to check out on a merchant page and make payments using their wallets.”

With the new system, buyers will no longer have to pay for using their wallets. Instead, they will make payment directly in a critical process which encrypts private user passphrases into a master key during checkout.

The system will have a feature to allow administrators to freeze all processes using “freeze logic.” This feature will function in the event when users report their accounts getting hacked or identity being assumed.

The patent has also clarified the API generation service that will facilitate the payment system which will be used by other websites and services. The API consists of two segments. The first part will be stored on the Coinbase web service.

Subsequently, the other will be on the user/host server to allow for the additional measure when transactions read. In simple words, the API key received from the web server has to match the API key stored by the service. This payment system is the one that facilitates safe and secure Bitcoin payments on various platforms. The system is likely to work in the entire e-commerce and cryptocurrency environment.

The exchange filed for a patent to secure Bitcoin private keys and the new system seems to be a continuation of that which allows other businesses to use the Coinbase Bitcoin portal. This is according to a report published in 2016.

Cryptocurrency trading has continued to enlist hot subjects of discussion centered towards security. Yes, security is a significant concern, but whether the patent will go through, we are yet to see.

What To Expect After Bitcoin Halving 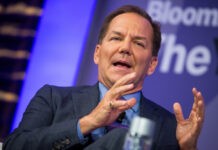