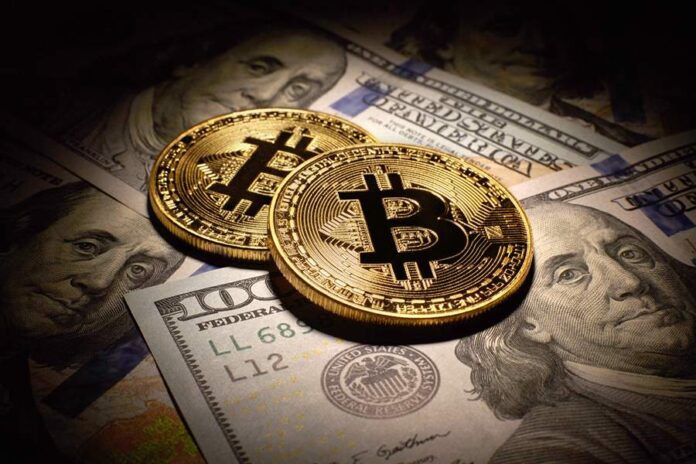 A number of companies have recently jumped on the crypto bandwagon starting to acquire visible amounts of Bitcoins. And for them, such a step is a deliberate choice.

On October 8th, Bitcoin gained 2,5% rising to $10,900. The next day the oldest cryptocurrency has beaten $11,000, and at the moment of writing, BTC reached $11,337 with a 24-hour trading volume of $16,807,016,337. The main driver of this rise is the information provided by Square’s company that it purchased 4,709 Bitcoins for $50 million. This sum corresponds to 0,64% of total Square’s assets according to the corporate financial statement for the second quarter this year.

The Ubiquitous Currency in the Future

Square comments its step as proof that the company’s management believes that “cryptocurrency is an instrument of economic empowerment and provides a way for the world to participate in a global monetary system, which aligns with the company’s purpose.” Square also underscores that “we believe that Bitcoin has the potential to be a more ubiquitous currency in the future.” The Square’s founder and Twitter CEO, Jack Dorsey, has stressed several times earlier that he envisions Bitcoin as the future native currency of the World Wide Web since “Internet deserves and requires a native currency and that’s why I’m such a huge believer in Bitcoin.”

And there’s just Bitcoin belief. CashApp, the application of Square, benefits mainly from the service of selling Bitcoin. This app makes about $90 million per month in profits, and Bitcoin service is the main reason their revenues have climbed 25% per quarter for the last three years. $50 million invested into Bitcoin after having generated close to $1.8 billion since 2017 is a shy start.

MicroStrategy Made a Dent

Indeed, many companies are hurrying to jump on the crypto bandwagon. On September 15th, Michael Saylor, CEO of MicroStrategy, revealed that the largest independent publicly-traded business intelligence company (Nasdaq: MSTR) “completed its acquisition of 16,796 additional Bitcoins at an aggregate purchase price of $175 million.” This acquisition brought MicroStrategy to the position where it accumulated a total of 38,250 Bitcoins for $425 million, inclusive of fees and expenses. The average purchase price was $11,100 so MicroStrategy has already seen this market price again after Bitcoin experienced a drop to the $10,500 mark in early October.

The Bitcoin treasuries gain traction. On September 15th, Barry Silbert, the serial investor, noted, “apparently there is some kind of Bitcoin buying race between MicroStrategy and Grayscale. Game on.” Now we see that Square is also in play. And not only those three companies. Of course, Grayscale Bitcoin Trust tops the list with its $4,984 billion of Bitcoins. In second place is MicroStrategy ($425 million).

Then we can mark Galaxy Digital ($180 million), Square ($50 million), Riot Blockchain ($11 million), DigitalIX ($4 million) and CypherPunk ($2 million). There are a number of listed companies, and they start benefiting from their decisions to accumulate Bitcoin. As Chief Legal Officer of Kraken cryptocurrencies exchanges points, “Square buys Bitcoins, and now the prices of both Square stock and Bitcoin are up 2%. I’m just a simple country lawyer but I think this is what the cityfolk call “Synergy”.”

The Pace is Astonishing

It can also be mentioned that non-public entities are also rooting for Bitcoin. Block One is among them, its Bitcoins’ trove amounts to $1.5 billion. New York Digital Investments Group (NYDIG) has raised a total of $335 million of Bitcoins for its three funds.

Another company, BTCS Inc. (OTCQB: BTCS), increased its Bitcoin holdings by 263% just for April-June this year and accumulated a total of 54.3 Bitcoins. The company managed to catch the market’s tailwind since Bitcoin has set itself on the path of strong recovery after its price touched the year’s low of $3,860 on Black Thursday (March 12th). BTCS is keen to further boost investments into crypto assets, so the Bitcoin rush is visible.

The rocket dynamics of accumulation is also a great feature of current corporate Bitcoin investments. For one year Bitwise’s bitcoin fund has more than doubled its investments to Bitcoins, from $4.1 to $8.9 million.

It’s very important to note that there have only been 6.8 million Bitcoin, or 36.7% of total supply, that have been active in the last year. Whilst the total supply of Bitcoin continues to grow, the free float and active supply indicates that scarcity is higher than some may expect. We see that “the number of Bitcoin whales continues to increase, indicating the growing number of large holders that have positive expectations for the future of Bitcoin” as the data collected by Coinmetrics demonstrates.

The rush of companies into Bitcoin has a clear explanation. In the U.S. financial world where the key rate is zero and target inflation is set to be more, 2% of companies lost an opportunity to earn money on overnight trading and short term markets. As Meltem Demirors of CoinSharesCo explains: “faced with this new reality, corporate treasurers (and all investors) are looking at alternatives. Bitcoin is a highly liquid asset that trades 24/7 in an increasingly regulated and structured global market – and it’s an effective portfolio diversifier!” Bitcoin is an unbeatable asset. Currently, YTD Bitcoin is 52% while S&P 500 has inched 6.69%, and gold has gained almost two times less than Bitcoin, 27%.

The gold becomes deadwood. Michael Saylor sees Bitcoin beating its main competitor in every metric, and many assets can’t compete with the oldest currency too. As Saylor revealed that he “considered investing our treasury in fiat, bonds, stocks, swaps, index funds, options, real estate, commodities, precious metals, art, & intangibles before settling on Bitcoin. It seems like the ideal long-duration asset – I don’t understand why anyone would want to trade it.”

We see that Bitcoin treasuries become more common among not only public traded companies but for private entities as well. The Bitcoin investments are consistent with their corporate main goal to be a sustainable business. In some kind, these companies are early cryptocurrencies adopters and at the same time, they make a strategic bet on Bitcoin. We may witness how a new trend is arising.