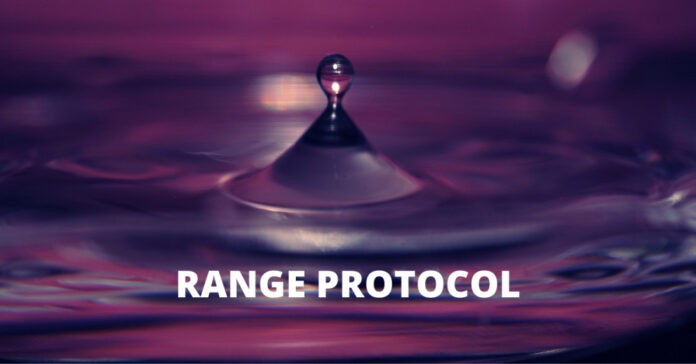 The anonymous founder of Olympus DAO, who identifies himself as Zeus, has taken to Twitter to reveal his latest brainchild.

(Note: Range is unaudited. Use at your own risk with money you can afford to lose.)

Let's run through what it does 👇🧵

The pivotal concept behind the project is to replace pricing curves by laying out a predefined range for pooled tokens. Here, Range assumes that tokens in the pool are or will be worth $1 so that they can be traded at 1:1 with each other.

How does it work

Instead of creating a pricing curve, tokens simply must remain within a pre-defined range.

Any trade that would take it out of this range is rejected.

As long as the tokens that are swapped in and swapped out stay within the ranges, the trades should progress without any hiccups.

How is Range relevant

Range pools might swing between extreme ranges as the tokens fluctuate around the peg in the initial phases. In these cases, the protocol will offer liquidity for arbitrage against the deviations. Since it makes no effort at pricing, the price ratio will always remain 1:1. However, any time it is not $1 for $1 in external markets, a big share of the pool can get arbitraged. This is expected to result in high fee accrual per unit liquidity.

One of the biggest beneficiaries of the protocol would be Olympus DAO, the community-owned financial infrastructure behind the decentralized reserve currency OHM. In fact, the project was started as a treasury allocation strategy for Olympus. RangePool will allow it to productively deploy its reserves in an isolated environment where the exposure to different assets is defined and controlled.

Related: What Is Olympus DAO (OHM) And Why Is It On A Gaining Spree

Some pros and cons

The most obvious merit of the protocol is the near-perfect execution of trades at 1:1 with a small reduction of fees. It claims to save gas fees, as swaps are bound to be less expensive than alternatives. Moreover, since the exposure to each asset in the pool is strictly defined, users know the range the pool will swing between. This fortifies it against depegs.

Coming to the drawback, Range is not a 24/7 pool. The scenario could be different if there is massive liquidity. However, in the early stages, users may come across situations where some tokens cannot be added or removed.

In the initial phase, RangeSwap is launched with a genesis pool. Both ranges and tokens in the pool are subject to changes. Currently, USDC/USDT is blocked from entering the pool because of a decimal issue.

It is important to note that there is no token for RangeSwap as of now. The team is working on proving the model before deciding whether tokens are relevant to the platform. It is aiming for integrations on 1inch, Zapper, and Matcha among others to fuel intense activity.

Since the protocol has not been audited yet, Zeus advises caution:

range is just a pet project i've been playing with

if it works, cool: olympus treasury wins
if it doesn't, oh well