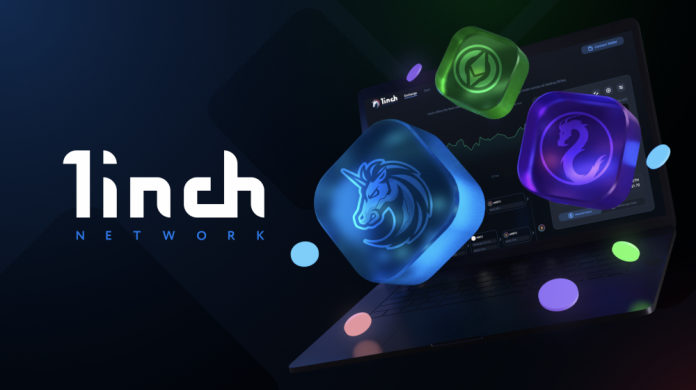 The decentralized exchange 1inch has announced a rebranding and launched a new website.

🌐 Today we’re unveiling the new landing page https://t.co/IqOMu3h4uv which gives a complete overview of where we are now and what are the essential parts of the #1inch Network 🦄

From DEX to Network

According to Sergej Kunz, who founded 1inch together with Anton Bukov in 2019, the new name should reflect the project’s status as a network of multiple products running on both Ethereum and the Binance Smart Chain:

For us it is a logical move. Me and Anton started with just an aggregation protocol at the ETHNew York hackathon in 2019 and now we have the whole ecosystem of protocols, such as: 1inch Liquidity Protocol (prev. Mooniswap), 1inch Aggregation Protocol, instant governance and the 1INCH governance/utility token.

1inch has one of the sharpest and best-executing teams I’ve ever had the pleasure of meeting. Today 1inch is already a hugely important player in DeFi market infrastructure; so I’m pretty excited to see them continue to develop game-changing new products and unite them into the 1inch Network. This shift should definitely push forward not only the project itself, but the entire DeFi industry!

Since 1inch expanded to the Binance Smart Chain in February, the DeFi networks have closed a myriad of partnerships for liquidity mining programs with Opium, Vesper, Ren, ICHI, and ARCx.

Despite these efforts, the price of 1INCH moved mostly sideways throughout March. Only recently, after Coinbase Pro announced the listing of the network’s governance token, 1INCH gained traction and reached a new all-time high. At the current time, 1INCH trades for $6.09.