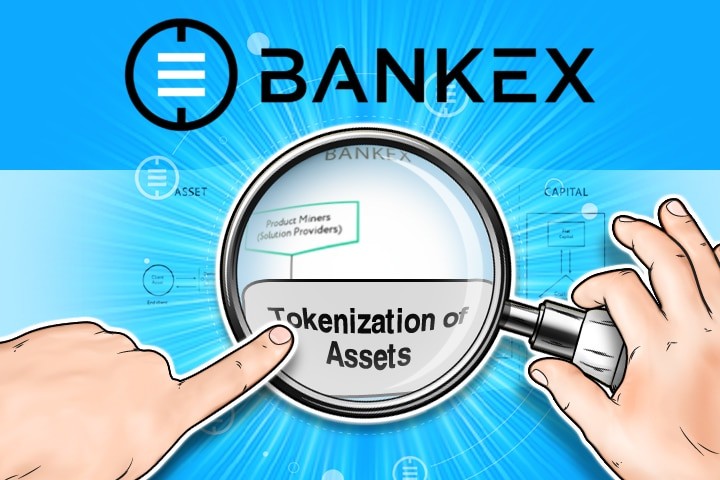 Bankex, a fintech project, is currently holding an initial coin offering (ICO) to fund its development. The Bankex ICO is scheduled to finish on 28 December 2018.

This piece is an analysis of the facts available about the Bankex ICO sale. It should not be read as offering any advice or a recommendation. ICOs may have become a favoured tool for funding new crypto projects but the ICO is very high-risk for token purchasers. ICOs currently have an unclear legal and financial status in many jurisdictions.

Additionally, token buyers may find that their purchase does not offer them any security or equity in the start-up or project because the ICO is essentially a crowdfunding initiative rather than a traditional IPO. As such, any investor who plans to buy tokens during any ICO needs to obtain all relevant independent advice and carry out their own appropriate due diligence.

Founded during 2015, Bankex is a fintech company which is seeking to develop a blockchain based tokenization technology for financial markets. The tokenization creates a digital representation of an asset on the blockchain. This token can then be traded. The idea is that owners of illiquid assets would be able to access the stored capital with the token functioning as a form of security. The result is a smart asset that is underwritten by a smart contract based on the Ethereum blockchain.

The condition of the asset would be monitored using Internet of Things sensors (IoT) and artificial intelligence (AI) algorithms.
Bankex plan to offer Banking as a Service (BaaS) products to clients in the financial sector to reduce costs and increase transparency in the sector.

The ICO opened on 28 November 2017 and is due to close on 28 December 2018. An ICO pre-sale took place earlier in the year. According to figures published on ICO Bench, $1.5 million USD was raised during the ICO pre-sale.

About 20% of the total BKX token supply is available for sale during the ICO. The rest of the available tokens are divided between institutional investors, advisors, the Bankex team and other parties.

Everything comes to an end. Sometimes faster than you expect. BANKEX #TokenSale – It’ll Be Over Before You Know It. https://t.co/uHj4e2FQAf pic.twitter.com/M9dwoEUXVE

The Bankex team lists experience in fintech, other start-ups, marketing and engineering. According to the website, the project has around 50 employees. There are also nine advisors listed on the website who bring expertise in economics, financial services and fintech.

The Bankex team have released a demo version of the Proof of Asset Protocol. A beta version is scheduled to be released on the Ethereum blockchain during the first quarter of 2018.

The website also contains demos of some of the other technologies that Bankex are in the process of developing. These technologies are blockchain based and often use the smart contracts on the Ethereum blockchain.

This is a technical document which looks at how the Proof of Asset Protocol is intended to function to create an “Internet of Assets”. The preferred assets, technical specifications and other services are also outlined. The roadmap, use examples and ICO are not covered in this document in detail.

While the white paper concentrates on the technical aspects of the Bankex project, other documents on the site provide more information about the business proposition. There is a business plan which contains a condensed explanation of the Proof of Asset protocol. There are also a series of case studies of possible asset classes which could be subjected to the tokenization process. The roadmap outlined in the Business plan suggests that further development and testing of the Bankex’s technology would take place during 2018 while the project would also apply for required regulatory licenses.

In terms of social media, Bankex has profiles on Twitter, Medium, LinkedIn and other platforms. Its YouTube channel has a number of video explainers of different aspects of the Bankex project and the associated technologies.

BANKEX #Presale is closed! The BANKEX #TokenSale will be live TODAY, 12:00pm EST.

The blockchain may offer ways to reduce costs and increase efficiencies within the financial sector. Introducing ways to securitize assets may prove useful to many financial institutions.

The Bankex white paper can be read here.