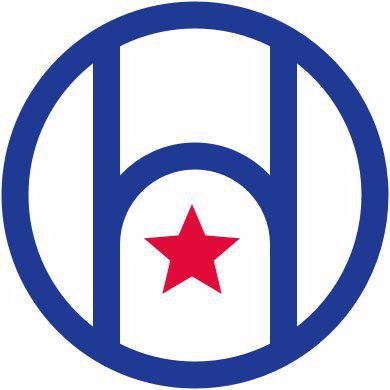 The cryptocurrency world is highly volatile, and fraught with uncertainties for those without deep knowledge of the financial markets.

Getting your first, tentative foot in the door to begin mining and trading currencies can be a daunting proposition, a proposition which is made even more unappealing by the prospect of losing part or all your investment because of a dodgy, or fake ICO. There currently is no governance or ‘traditional’ regulation in the cryptocurrency market, which makes things even more volatile.

About 10 new ICOs pop up worldwide every single day. Some of them are legit, some of them are scams, and sometimes it is hard to tell which is which. Investments made on ICOs from January to October 2017 tally at about $3bn, a very respectable amount indeed. Still, the perceived risk for some investors is just too great to take a chance.

So it does stand to reason that potential investors might want to seek the means to protect their investments, and financial hedging instruments are the first line of defence.

This piece is a full disclosure, a statement of facts without any intention of advice or endorsement about the DeHedge value offer.

DeHedge is the world’s first decentralized risk-hedging platform for the cryptocurrency world, using the Ethereum blockchain.

An investor’s money is sacred, for the investor anyway. For anyone else, it is fair game. And the rules of business dictate that monies will sometime be earned, and sometimes be lost. It is part of the financial party, and if you wish to partake, be prepared to lose at least some of it.

DeHedge offers the means to protect the investor’s money, by creating hedging tools for the cryptocurrency and ICO market. These tools will insure an investment against the fluctuations in cryptocurrencies and token prices. This protection against risk means that the potential profits will be lowered accordingly.

We are on bitcointalk! Join us for discussion and reviews on our project! Dehedge #Presale #ICO #DHT #Insurange #Riskhedginghttps://t.co/5nLouvAwI0 pic.twitter.com/77LIbH6Qt2

DeHedge has a fully mapped out Roadmap.

30.11.2017 Blockchain & Bitcoin Conference Cyprus with Danil Lakhomov from Dehedge
Technologies that change the world! Find out how to minimise your risk on cryptocurrencies and blockchain with DeHedge faster and more than your competitors. Meet Danil Lakhomov in Limassol, Cyprus pic.twitter.com/VsYU9WWicj

The company’s website presents a core team of 12 people, plus 10 additional team members.

This is an unusually large number of people for a start-up, and while there’s nothing inherently wrong with that, the overhead costs are likely to be high, perhaps hampering initial profits.

The team includes a number of investment bankers, software developers, and investors on the cryptocurrency markets, which are the right set of skills for an undertaking such as this. All core team members include links to their LinkedIn profiles.

There is no mention of expanding the team in the future, but since the team is already large enough, there may not be room for expansion.

Here’s the numbers for DeHedge, at the time of writing (November 2017)

Overall, DeHedge’s presence on Social Media isn’t particularly solid, but this is the case with many ICOs.

DeHedge’s paper is functional, and loaded with mathematical formulas and equations, which would appear incomprehensible to someone who’s not versed in such matters. The inclusion of such formulas is questionable, and would have been better used on a more technical paper which potential investors may wish to download. For the general population, they are quite useless.

Nevertheless, all the principal concepts and ideas of what DeHedge is all about are there.

Overall, the paper is rather visually unappealing, with a drab styling which clings onto its financial roots.

The website is simple, and to the point. It follows the same style as a lot of ICOs, featuring all the major features and concepts that the company offers.

The website is secure, which is a condition sine qua non for a site intent to deal with cryptocurrencies.

The DeHedge value proposition is an interesting one, and certainly has the possibility to gain a significant market share. As explained earlier, many investors walk away from cryptocurrencies because of governance & regulatory issues (or lack of), and the sheer worry of losing their part, of their entire investment.

The team featured on the site appears to have the right set of skills to carry the can, so to speak, on the surface at least. Professionally speaking, the team appears competent.

There is one detail worth mentioning. The Whitepaper specifies that citizens of the United States and Singapore are not entitled to applying for DHT. That consideration aside, and the fact that they appear to be aiming way too high in terms of ICO revenue are reasons for concern, but we’ll keep a close eye on this ICO to see how things develop.