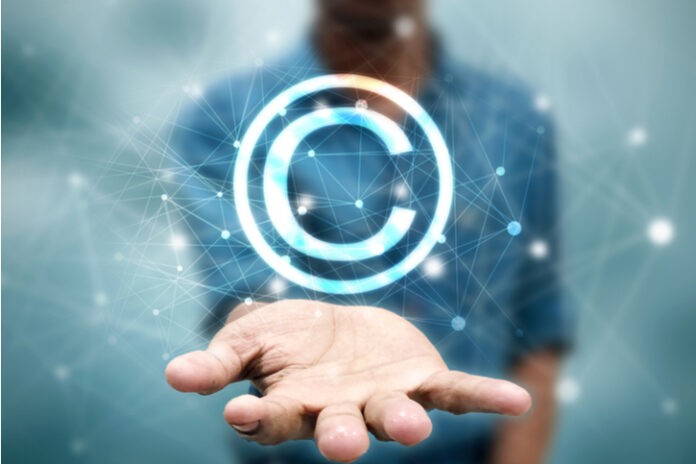 This is the year that the way in which intellectual property is licensed, bought, and sold could be changed forever.

Licensing IP today can involve a complex and lengthy legal process where businesses have to first chop through the patent thicket, a dense web of overlapping IP rights, which can make it hard to commercialize new technology.

Market logic follows – if there is a raised risk of not being able to exploit IP, especially if the startup eventually fails, then companies are less motivated to spend a great deal of money on R&D.

This especially affects SMEs for that matter, so a world where businesses of any size – especially in the tech space – can easily sell their IP, should they not be able to exploit it themselves, would surely be one where the incremental advancements made in every field are massively improved.

A decentralized registry of IP rights through the blockchain ecosystem would carry some serious advantages. Automatic and immutable smart contracts serve the essential function of making sure that all parties keep to their end of the deal, whilst the transfer of rights could be transparently and publicly recorded.

The potential use cases for intellectual property on the blockchain are manifold, and could include making it possible for evidence of creatorship to be unfailingly proved. This allows for the straightforward control and tracking of anyone who distributes unregistered IP.

All of this a lot cheaper than the current system, too, which can prove a tricky legal labyrinth to navigate and more often than not requires a patent attorney. Furthermore, protecting IP is sometimes just not worth it unless the claimant is willing to go to court—companies are not always likely to cut a cheque straight away.

A key part of the problem for SMEs is that they simply do not have the resources to pay for all of the advisory help needed, to ensure not only that a patent is proven to belong to them, but also that an offending party is in breach.

Reducing the costs and risk factor of innovation could provide an incentive for more research to be carried out than ever before, but blockchain can do much more than this. Being able to easily and reliably monetize income streams from intellectual property, or even facilitate the buying and selling of rights, might usher in a new technology boom as companies are given a stronger motive to innovate.

There is a problem right now wherein entrepreneurs struggle to sell off unfulfilled IP, such as when they exit a startup. It can be hard to find a buyer for specific technologies, particularly as it is difficult to reach out to potential buyers any further than your own network. This means that there is possibly a great deal of unexploited intellectual property out there.

The management of IP rights could be changed so much by distributed ledger technology that they would effectively turn into ‘smart IP rights’. Registries would contain an immutable record of the life cycle of all registered IPs, including when it was applied for, registered, traded, and so on.

This would also solve the logistical issue of collating and storing such evidence to be accessed easily, so due diligence required for the large-scale transfer of IP rights such as in mergers and acquisitions would be made far more efficient, whilst trust overall in the process would come much more easily due to the inbuilt integrity of the system.

The headline here is that the blockchain facilitates a decentralized, quick, and transparent network which carries the potential for truly global reach.

A range of practical implementations

It follows that a marketplace for the trading of IP rights would allow users to buy or sell any type of asset beyond IP, seeing as they would be tokenized on the blockchain which creates a standard for every transaction.

So who is doing this right now? The R.A.R.E. Network is pioneering a platform on the blockchain for artists whereby original digital art can be blessed with ‘permanence, scarcity, and proof-of-ownership’, effectively giving artists the power to auction off a limited number of copies of their work.

Collectors on the platform can buy and sell artwork while curating their own private galleries, and the idea of the market is that artworks can be an investment with the potential to increase in value over time. This provides a strong incentive for collectors to pay attention to up-and-coming artists while offering a way for artists to possibly monetize their work.

Startup LEXIT has explored a similar theme insofar as they allow for the trading of intellectual property rights. They’ve partnered with dApp ecosystem platform, Metaverse, to do just this and will have entrepreneurs conduct trades of IP, assets, and even companies using a cross-platform digital identity, or ‘Avatar’.

This is an idea that would empower smaller enterprises by allowing them to record their IP immutably online through the blockchain, which means that they could clearly register the rights and permanently record when exactly this happens.

An online marketplace would further remove the cost barriers involved in buying and selling IP which provides unfettered access to a market which many entrepreneurs could not previously consider entering.

If intellectual property could be seamlessly traded on a global scale, it is hard to see how innovation would fail to be stimulated on a level possibly never seen before.

This means that a new technology boom could be on the horizon, where communities of entrepreneurs across the world can buy and sell IP in a way previously unimagined. It is possible that innovation will finally be encouraged on a deep and systemic level.

Successfully implementing blockchain technology to this end could prove to be game-changing, and those who own the rights to unfulfilled research, technologies, and hard-to-monetize IP rights