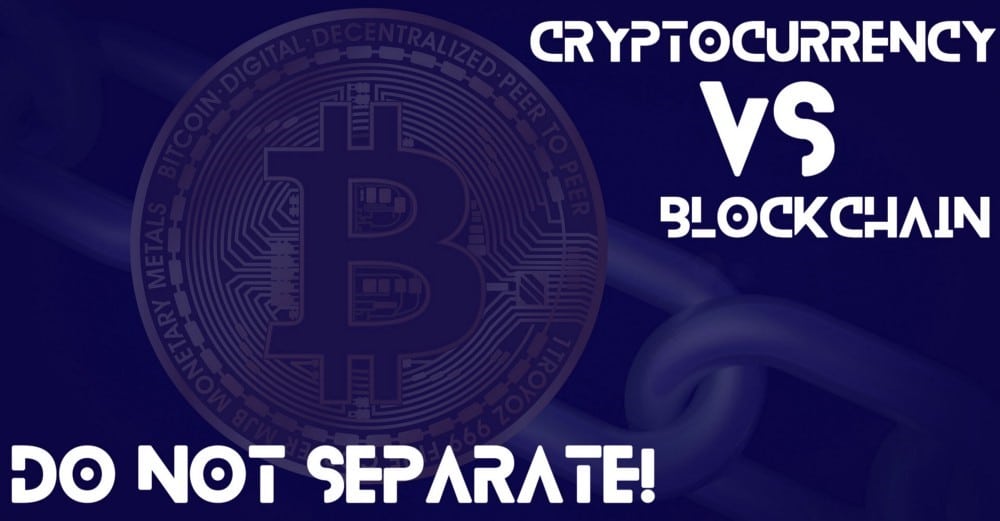 I was in a LinkedIn discussion the other day, where someone proposed: it’s possible to implement a non-monetary system of solving the complex problems that guarantee the integrity of information stored on the blockchain.

He was suggesting that chip-makers could integrate “mining” into every mainstream product as a kind of negligible tax on performance.

This, in theory, could ensure high transaction speeds and on-demand scalability – without the need for cryptocurrencies.

This idea fails my personal test for whether the concept is noble.

It fails to positively answer the questions:

Does it grant users more abilities?

How does this empower us, the consumers?

I don’t think it does!

I see how corporations race to adopt blockchain technology for their new developments and to improve system efficiencies. However, I see NO major companies with strong reputation, long-standing teams and great results actively engaging in creating their own tokens or endorsing and accepting altcoin payments.

In other words, big companies are more focused on the blockchain as a system and method of providing data security and integrity than on adopting cryptocurrency and its potential for decentralization and attracting new customers.

Let me touch upon why I believe leaving out cryptocurrencies from the blockchain is a hazardous idea.

If people are not involved in the process of proofing/mining it is very easy to lose the integrity of the system and go back to trusting private companies – e.g. centralized chip-makers. It leaves the power of authorizing transactions to a small number of subsets on a private chain.

Let’s not forget how all this Blockchain started and who it was that first adopted the technology. These were the geeks and people in technology who saw alternative ways to create value after the 2008 market crash.

Bitcoin (the cryptocurrency – NOT the blockchain) is the foundation and it started going live in 2009 as a new way to oppose central financial regulations. And since we are going back in time to discover what the future might present, let me remind you what one of the first people using Bitcoin said:

Hal Finney was a programmer, supporter, early adopter and contributor to Bitcoin. He received the first Bitcoin transaction. After realizing the huge potential of this novel technological and mental breakthrough he is known to have said:

“It seemed so obvious to me: Here we are faced with the problems of loss of privacy, creeping computerization, massive databases, more centralization – and David Chaum (inventor of anonymous cryptographic electronic money) offers a completely different direction to go in, one which puts power into the hands of individuals rather than governments and corporations. The computer can be used as a tool to liberate and protect people, rather than to control them.”

So, is the power in the blockchain (which provides integrity of data) or in the cryptocurrency (which provides a trust-less framework for person-to-person value creation)?

A blockchain without cryptocurrency is just a decentralized form of storing and distributing information.

This delegates your trust for adding transactions on the blockchain to corporate appointed consensus mechanisms.

In other words: it’s a step back if no cryptocurrencies are used as a way to ensure collective decision involvement of end-users. AND it leaves out the power of financial decentralization and the potential for new funding instruments for development.

I can understand why big corporations see crypto money as a high-risk opportunity due to the lack of price stability. Huge price swings of various altcoins, lack of regulation, and still low mainstream penetration are factors contributing to the instability of the ecosystem.

In 2012, Jim Cramer (The host of CNBC’s Mad Money) took a stance that he doesn’t consider Bitcoin a true currency, saying: “There’s no central bank to regulate it; it’s digital and functions are completely peer to peer.”

Yet, as of 2018, cryptocoins and tokens turned out to be exchangeable store of value (currency or not), and one that brought over 1,300 Initial Coin Offering (ICO) startups with 435 of them successfully raising an average of $12.7 million to a total of $5.6 billion.

And that’s even less spectacular than the staggering 35x increase in cryptocurrencies capitalization going up from $18 billion to over $600 billion in 2017 alone.

Once the first liquidity started to appear and people were finding ways to exchange physical assets, cash and electronic fiat money for crypto assets, then it slowly became apparent that there are new noble ways to fund ideas, startups and development. All that was starting to happen back in 2010-2012 with very low liquidity and no big exchanges or market makers in the game.

In early 2013, Coinbase sold US$1 million worth of Bitcoins in a single month at over $22 per Bitcoin. We’ve experienced a huge change since then!

Hopefully large corporations will finally come to see its potential too and assist us in bringing crypto to the mainstream economy! In the end it’s up to us, the regular consumers, to choose how we vote with our wallets.

Do we open our wallets for products and services assisted by private blockchains, or do we support cryptocurrencies running on decentralized networks and creating an actual demand and therefore value?

With Business 101 in mind, it’s easy to see that every new idea or product goes through the hands of early adopters to get to the last adopters.

Which one do you want to be?

If you are like me and strive to find answers on what the crypto future holds, I strongly recommend boosting your knowledge during:

20+ Experts, including Mr. Simon Cocking (Chief Editor of the CryptoCoin.news ), will shower us with answers on many of today’s pressing crypto questions.

This is an exclusive and premium educational resource.

As a bonus, you will see insights directly from founders who are currently fundraising for their ICO startup project.

There is a special bonus in Bitcoin for viewers of this online event – check it out now!