It was a pleasure to be joined by Hordii Malkovych and hear his insight into the ICO landscape of 2018 and his predictions for the future.

Malkovych was quick to point out that ICOs are in no way irrelevant in 2018. He admits that more than 50% of all ICOs are scams and urges people to only invest in projects founded on a strong ideology with a robust community. The attributes that set the best apart from the scams are the size and cohesiveness of their communities, first and foremost.

In regards to impending regulations, Hordii states that the SEC got it half right when their head, Jake Clayton, said that all ICOs are securities. In Hordii’s opinion, this label does apply to many ICOs, but it’s also important to recognize the value of the other two types: infrastructural and service-based tokens. Service tokens are exactly what you’d expect: they “can be used for something that does something for you” according to Malkovych. Then there are infrastructural tokens, which are similar to Bitcoin in nature, providing some essential function to the ecosystem.

He also thinks that along with a patchwork of regulation around the world, we’ll begin to see more tokenized securities on offer. Increased transparency and control will do away with the fraudulent and scam-filled ICO landscape we see today.

While a strong development and business platform is essential, Malkovych argues that an active and sizeable community is the most important factor in getting an ICO off the ground. The community surrounding your project is its biggest asset, so community managers need to take care of their people and be responsive. He says it’s a mistake to think of them as just investors, but rather they should be actively cultivated and kept happy. This is what will propel your project to success in the long-run.

According to Malkovych, well-known names in the social media industry are thinking about jumping into ICOs. A more solid regulatory framework worldwide would speed up this trend, but large companies see the likes of Telegram jumping in and don’t want to be left behind.

The last bit of wisdom that Malkovych imparted was that the hard work is only just beginning once your ICO concludes. He urges everyone to adhere to traditional business roadmaps once your initial fundraising is complete because that is what will lead to success. This step is what takes your project from just an idea to truly transformative technology. 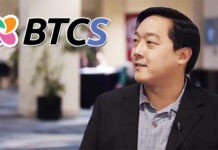