On today’s edition of ICO’s This Week, we review Eligma and Safecrypt, two exciting projects for the blockchain industry. Additionally, we bring you an ICO Review of XYO.

This Week’s Show Is Sponsored by Robotina

Robotina is developing a platform that will reduce energy consumption, lower electricity costs and optimize the entire electricity grid by monitoring real-time consumption data through automated AI-controlled systems. ROX is the token offering from Robotina, a well-established industry player with expertise in smart grids, home automation, IOT and AI, based in Slovenia with offices in six other countries. The crowdsale begins March 21st to end April 30th. Robotina’s ICO soft cap is set up at $10 million, while the hard cap is $28.5 million. An interesting project to look for in the near future.

Eligma is an AI-driven and blockchain-based cognitive commerce platform project that will operate like an enhanced search for shopping for goods across online retailers and other platforms, using AI to find the best deal available for users. Eligma will offer the possibility of paying for goods with both fiat or crypto; the next step for e-commerce platforms.

Eligma’s token is called ELI and will go on pre-sale March 20th until April 10th, offering a 15% bonus for early birds. The main sale will begin on April 17th and will last until May 8th. The soft cap is set up at $3 million and the hard cap at $24 million. Unpurchased tokens do not get burnt but will be rolled into reward schemes for Eligma users.

The team is large, diverse and impressive on this project. Reactions from reviewers are favourable and the white paper is proficiently laid out, explaining in full detail how they wish to tackle this vast and complex task.

Eligma sure looks like a potentially successful project if followed through, but it also shows some challenges. A legit and promising idea with big targets, potential gains but major tasks to complete on the way.

Safecrypt is an interesting proposition for both investors and users. They are building a crypto-exchange aimed at traders that allows anonymity, fast trades without actually depositing funds in an exchange wallet and low transaction fees of $0.06. It is developed in direct response to exchange hacks; an idea much needed in the market.

The pre-ICO sale starts on March 26th and will run for 5 weeks with a 6% bonus. The main sale will begin on May 2nd and 187.5 million SFC tokens will be available for purchase. Once they reach working product they are planning to pay dividends to token-holders and stage buybacks to introduce some inflationary pressure.

They seem to be quite well advanced in their product development and there is plenty of well detailed solid logic included in the white paper which reassuringly reads more like a business plan than a white paper. The team is also very solid and reactions from the community seem to be good so far.

Safecrypt looks like a promising project for the future, although this sector comes with a lot of competition so they will need to deliver an excellent product in order for it to be successful.

Xyo – the Internet of Places

XYO is an ICO that offers a unique approach. They currently have a network of small devices, such a GPS and Bluetooth, that broadcast locational information forming a secondary network in addition to standard GPS. This allows blockchain technology to create smart contracts and prove the locations of any object in question. The crowdsale for this ICO will begin on March 20th with no hard cap. XYO have laid out the possibility of mining up to a billion tokens if necessary, based on the demand of their users. Also, they have issued a 50% bonus on the pre-sale but they have not stated publicly what the bonus conditions will be for the main sale.

XYO explains user case studies for real-world usage of this technology. The project is well documented and detailed on both the tech side and the consumer side. The team is real, they understand their offering and have spent a long time in this sphere working towards doing something on a massive scale. The underlying idea is very attractive as it complements where the blockchain world is going and extends that reach. 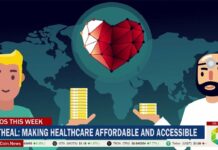 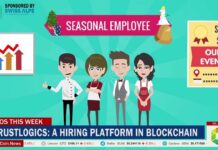 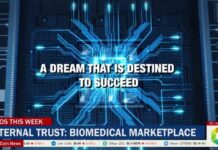