This week in the ever-changing world of Bitcoin: Bitcoin struggles against a surging Ethereum, Korean Bitcoin exchanges are in troubled times, Bitcoin payments seem to be more trouble than value, Goldman Sachs jumps on board with Bitcoin, and a South African school takes Bitcoin as tuition fees.

Red and Yellow, a well-established business school based in South Africa has taken a revolutionary step by allowing prospective students to use Bitcoin as a payment method for their tuition fees.

“Many youngsters having made a good return on their investment in cryptocurrencies, they now want to use this digital cash to invest in their education. These are exactly the kind of forward-thinking students we want”.

It seems that the use of Bitcoin becomes more diverse every day and it is maturing into a truly global form of currency. Bitcoin is being used to buy all sorts of things from houses to Lamborghinis and is being heavily adopted developing countries such as Venezuela and Vietnam. However, the fact that you can now purchase an education with Bitcoin really shows how far it has come in recent times.

Red and Yellow were not the first third-level education center to accept payment via Bitcoin. A University located in Switzerland, The Lucerne University of Applied Sciences, announced in October of last year that they would begin to accept Bitcoin payments. Lucerne doesn’t actually handle the complicated process of Bitcoin transactions but instead employ the services of Bitcoin Suisse AG. While Red and Yellow do not disclose whether or not they intend to process the payments themselves, it would make sense for them to follow in the steps of Lucerne and outsource that part of their business to a company external to the university.

Goldman Sachs jumps on board with Bitcoin

A number of leading analysts at Goldman Sachs have recently conceded that Bitcoin is, in fact, a viable currency, and it is especially suited for use in troubled economies. For much of 2017, high profile financial firms like JPMorgan and the aforementioned Goldman Sachs held the belief that Bitcoin was a bubble and it only had a use among criminals and dark web dealings. Jaime Dimon, the CEO of JP Morgan also famously said that Bitcoin was purely for drug dealers and corrupt money launderers. However, in a recent interview with FOX Business, Dimon expressed his regret at calling Bitcoin a “fraud”, a comment he made in September of last year.

It seems as though these large financial institutions have changed their tune, as JPM plan to position themselves as a future clearinghouse for cryptocurrencies and Goldman Sachs are already setting up a trading desk for crypto. It is a complete 180 for these companies and one that may come as a bit of a shock for some. This can only mean good things for Bitcoin and other cryptocurrencies, legitimizing it further as a viable form of currency.

While it may seem that more and more people are getting on board with Bitcoin, this is not the case for everyone involved with Bitcoin. In the same week that Goldman Sachs and JP Morgan have admitted to Bitcoins value, Microsoft was reported to have withdrawn the ability to pay for their software with Bitcoin. This was later reversed and reinstated, with Microsoft saying that the polarizing update in its FAQ section was a mistake.

In relation to this, another scenario involving Bitcoin payments proved to a frustrating situation for those involved. The North American Bitcoin Conference in Miami for this month has been reported to be unable to process Bitcoin payments due to network congestion and high transaction fees. The difficulty doesn’t stop there, popular online PC game supplier Steam was forced to stop taking Bitcoin payments on their platform due to the excessive fees and volatile price swings surrounding Bitcoin. Some improvements need to be made it seems before Bitcoin can truly achieve its potential as a seamless payment method.

South Korea, a country with a nationwide obsession for cryptocurrencies, will be forced to brace itself for new rules and regulations that appear to severely affect the ability of ordinary citizens to use cryptocurrency exchanges. A statement from the ministry of justice and its head Park Sang-ki came out recently that left hundreds of thousands of South Korean Citizens outraged, with an intent to ban all trading on all cryptocurrencies across the board.

With more than 50 petitions submitted to the Blue House (The Residence of the Head of State) acquiring more than 100,000 signatures, it is unlikely that a ban of this magnitude would actually come through. Not surprisingly, many more petitions have been submitted by South Korean Citizens requesting the government to remove Park Sang-Ki from office. Hopefully these recent events don’t complicate things too much for the Korean crypto scene and we hope that it doesn’t impact them too much.

Bitcoin struggling against a surging Ethereum

Bitcoin has been struggling a bit as of late, not helped by the potential of the previously mentioned Korean ban on the trading of cryptocurrencies. In the same week as the rumored ban, Coinmarketcap removed Korean exchanges from their calculations due to the higher prices and volatility. Many believe that the sudden drop in reported market capitalization caused a panic sell-off.

Bitcoin prices have dropped substantially and at a steady rate over the last week from $16,500 to under the $14,000 mark. The recent drop of Bitcoin has no doubt been a result of the ongoing price surge of Ethereum. Ethereum has been in a fantastic form as of late and it seems that its exponential growth has stripped all other opposing cryptocurrencies of their energy. 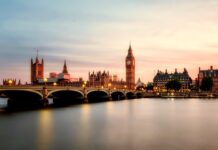 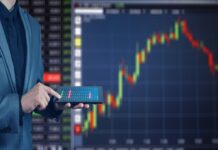