Today on Altcoins This Week we discuss the launching of Ether options in LedgerX platform, we comment on Tom Lee’s predictions for Ether and much more.

Crypto advocate and Fundstrat Co-Founder Tom Lee claims that Ethereum is gearing up for a strong rally, reversing a massive 70% loss in its market cap so far this year.  He is basing his prediction on previous major trend reversals. In a note to clients, Lee said the past four out of four times other large-cap cryptocurrencies outperformed ether by two standard deviations, there was a rebound.

He also forecasted that prices could reach $1,900 by the end of next year and that currently, the sentiment is too negative. The Ethereum team faces many challenges ahead including scalability issues, the increasing presence of short sellers, completing delayed projects and updates as well as stronger competition from the likes of EOS.

The Austrian government is taking the use of blockchain technology for bond issues, to another level. On October the 2nd, for the first time ever, a blockchain notarization service will be used to verify transactions during the auction of two bonds worth approximately 1.15 billion Euros.

In a statement, Austria’s Finance Minister said blockchain is forming the centerpiece of economic policy. It’s also being used in other sectors including public administration and finance as it great potential to ensure quality and drive efficiency

The US firm will be ready to offer them to the public, once they get the permission from regulators.  This is according to the publication, The Block, who cite their own sources in the company. LedgerX itself has not confirmed the news publicly. Reports suggest this could happen after the CFTC meeting at the beginning of October, when regulators give their final verdict on the product.

The developers of the cryptocurrency Monero have released recently a post-mortem report. In the report, the team claims they have patched a potentially serious bug which actually could allow malicious users to ‘burn’ cryptocurrency exchange deposits. The report explains the bug as follows: “The bug basically entails the wallet not providing a warning when it receives a burnt output. Therefore, a determined attacker could burn the funds of an organization’s wallet whilst merely losing network transaction fees.” According to Monero’s report, this bug was discovered by a community member who described a hypothetical attack on the Monero subreddit.

Once the Monero team of developers saw the danger in this bug and that it could actually be exploited, they issued a patch and notified as many merchants, exchanges, and services using Monero as they could, so they could install it.

Markets: XRP Goes Up The Sky 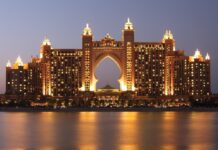 Altcoins This Week: Ripple To Launch XRapid, Electronic Money To Replace Cash In Dubai And More 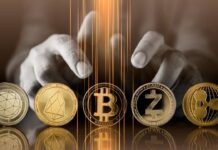 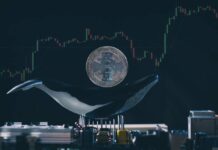