At the time of this writing, Nexo has a price of $0.1067 USD, which puts it down by approximately 0.19% from yesterday. Yesterday’s down day is a reversal of the day before it; in terms of trend, though, note that the current price is now 6.98% above its 20 day moving average, and is currently in a unclear trend over the past 14 days. To help contextualize yesterday’s price move, we can observe that price has rallied 12 of the past 30 days. And in terms of volume, yesterday’s price move ocurred on volume that was 40.37% less than its 7 day average volume.

In terms of an expected trading range, the Bollinger bands on Nexo suggest price may bounce between $0.088674 and $0.110808 based on its momentum and volatility over the past 14 days. Given its boundaries, rangebound traders may find it compelling to entertain selling, as we are nearer to the top of the range. 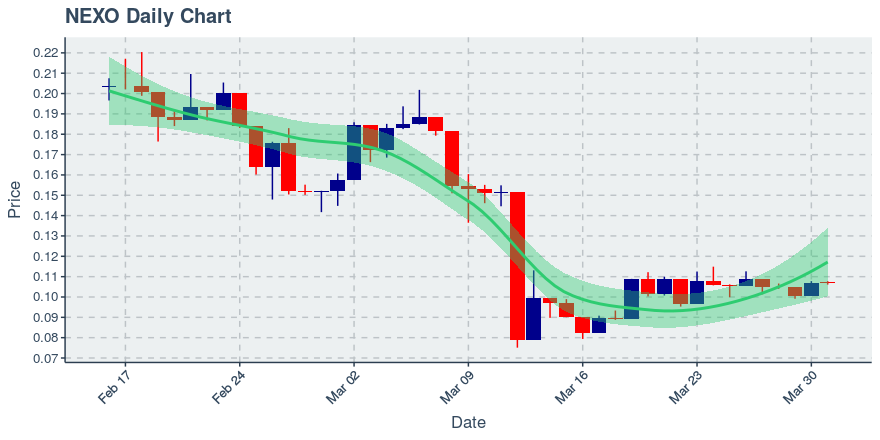 Yesterday saw 214 transfers amongst holders of Nexo. In terms of estimating the number of holders, over the past day the total number of wallets holding Nexo has gone up by approximately 39. To further our understanding of engagement we can observe the ratio of daily active users to monthly active users; that ratio now stands at 0.05, with 78 wallets making a transfer this past day and 1,589 wallets having made a transfer in the past month.