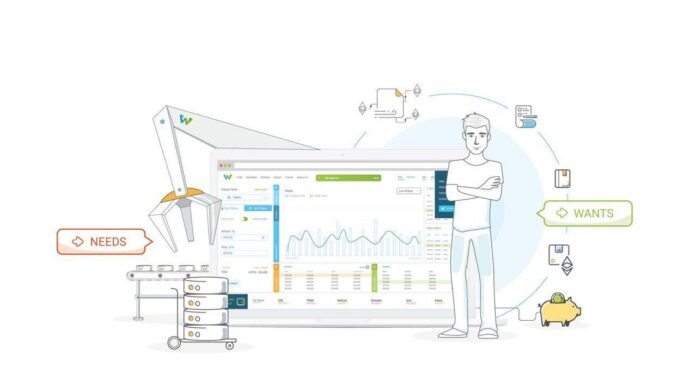 In 2017 the cryptocurrency market saw a massive influx of optimism and popularity. After a market cap increase of over $600 billion, it was no surprise that the cryptocurrency market saw massive media coverage from financial channels, news articles, and stories of instant wealth. Apart from stories of wealth potential, cryptocurrencies gained popularity because they carried the potential for a new era, an era of true transparency and decentralization. This potential for transparency and decentralization seemed hugely unlikely in the digital world, however, cryptocurrencies proved to be a force promising to change that.

Unfortunately, there did exist a few problems during the cryptocurrency popularity wave, much of these were related to the actual cryptocurrency exchanges. The top 3 problems cryptocurrency investors faced during this time were in the areas of exchanges rejecting new users, week-long signs up processes, and exchange hacks. It is true that cryptocurrencies have shown us a new path towards transparency and decentralization, the exchanges, however, do not.

Luckily for true cryptocurrency users, there is such a thing as decentralized exchanges, the unfortunate truth, however, is that they are extremely complicated for new users. On top of being complicated in nature, seemingly all decentralized exchanges have hugely confusing user interfaces, this is, of course, a turn off for most cryptocurrency users.

Cryptocurrency exchanges are huge, their growth potential however is even bigger. In the bull market of 2017, exchanges saw record user growth almost daily. Since that time, many exchanges have increased their workload capacity to meet the future surge of users. The era of cryptocurrency is still quite new, this means exchanges have an unfathomable growth potential. For an exchange to see maximum growth, they need security, transparency, and of course, practical features. Despite this being a relatively simple recipe for success, we have yet to see an exchange that truly encompasses these factors. We have learned to trust the blockchain in regards to trust and transparency, therefore, there is no reason why we shouldn’t demand the same standards from cryptocurrency exchanges. If centralized exchanges are too risky to deal with, and decentralized exchanges remain complicated, what alternative do cryptocurrency users have? Surprisingly, this question can be answered with a single answer… weiDex.

When compared to both centralized and decentralized exchanges, weiDex seems to be an optimal choice for users.

The multiple order fulfillment mechanism is a unique system where users are only charged the Ethereum gas fee once when filling orders. For example, let’s assume someone has a 1000 token order. With this order, it takes ten transactions to fill. Normally, a user would be charged ten times for each transaction, with weiDex however, the user is billed only once!

Users who introduce new users to the weiDex exchange via the referral system will receive 20% of that referee’s trading fee.

One of the most amazing features of weiDex is the Bear and Bull Bomb feature. With this feature, users will be able to convert all of their tokens instantly with the press of a button into either Ether or WDX. When the user is ready, they can press the button again and reconvert their Ether or WDX to nearly the same proportion. Why is this a wonderful feature? If a user believes their tokens will experience a sudden burst of negative volatility, they can use this feature to quickly snap out from that position and enter a more stable asset such as WDX or Ethereum.

It is always awkward when our wallets are filled with small particle denominations of cryptocurrencies. If you keep a highly diversified crypto portfolio, you have likely noticed that your wallets show balances similar to something like “0.0000162”. This annoyance is now a thing of the past thanks to weiDex’s “Crumb Cleaner” feature. This feature allows users to convert these small micro remnants of cryptocurrencies into WDX. By doing this, you increase your stake for future airdrops as well as trading discounts.

One of the most amazing features of weiDex is that it will offer cross chain atomic swaps between NEO and Ethereum tokens. With this feature, users can transact between the Ethereum and NEO blockchains. One example of this is that users can use the WDX ERC-20 token to buy Ethereum based tokens as well as NEO based tokens. This could very well be a first for the decentralized exchange industry.

When new tokens are added, weiDex token holders will receive airdrops based on how many WDX they have in their wallets. This is a great incentive to hold the WDX token.

One of weiDex’s most unique features is that it implements free trading for all users when a certain volume threshold is achieved on the exchange. For example, if the total trading volume on weiDex reaches 1000 Eth, users will be granted a free trade period. The volume threshold is dynamic of course, however, it’s amazing that users will be able to experience fee-less trading!

One of the most exciting aspects about weiDex’s is that they will initiate regular WDX token burnings!

Once WDX tokens are used to discount a user’s trading fees, they will be stored in a specified fee address where they will be burned at a rate of 1% bi-annually. The full extent of weiDex’s token burn policy will eventually decrease the token supply by 50% (50 million to 25 million).

What’s special about projects that have a token burn mechanism is that it gives users further incentive to hold. As tokens are burned, the value of all existing tokens increases as they slowly become more and more valuable. In the end, projects that effectively combine the recipes of legit token utility functionalities with token burning are able to maximize both demand and future token price.

Among the many positive aspects of weiDex is that it has a very transparent team. When it comes to exchanges, we often don’t know who the faces are behind them. With weiDex however, users can feel a sense of confidence knowing they can read up about the team and even chat with them on Telegram. Another positive aspect about weiDex is that it has a large size group of team members and strategic advisors. For now, we will do a brief introduction to just some of the team members.

Tito Titov (CEO) – Tito is famous amongst his team for always thinking outside the box and coming up with creative ideas and solutions. He is an experienced chief executive officer with a strong history in the computer software industry. Furthermore, Tito is highly experienced in software development and blockchain technology.

Krasimir Raykov (Blockchain Architect and co-founder) – Krasimir is known for being an integral and highly motivated team member. He brings over five years of experience in systems development and back-end development. Along with his experience, Krasimir brings high proficiency in Solidity, C++, and Java.

Rali Ralev (CTO) – Rali is best known at weiDex for his unwavering energy. He has a plethora of development experience and is proficient in system administration and multiple script languages.

Pavel Angelov (Senior Developer) – Pavel is the Doer of the team. He is specialized in cloud integrations and full stack JS ninja. He has worked for companies like Telerik and Chaos Group.

With an amazing team, loads of features and easy to use interface, weiDex is set to become an industry leader regarding cryptocurrency exchanges. What is truly amazing about weiDex is that it not only improves upon the shortcomings of centralized and decentralized exchanges but also adds token functionality and numerous practical features that users will surely love. It is without a doubt that weiDex will not only serve as a benchmark for future exchanges but as the new go-to exchange for cryptocurrency and blockchain users.