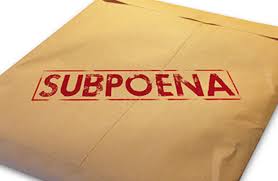 At least 80 individuals and companies involved in ICOs have recently received subpoenas from the US financial regulator, the Securities and Exchanges Commission (SEC). This is the latest move by the SEC to rein in ICOs that crowdsourced upwards of $5 billion in 2017 alone.

ICOs have become a popular way for online projects to raise capital without the help of venture capital or selling stock. Funds are raised through the creation and sale of virtual currencies using rules that are similar to popular cryptocurrencies, as Bitcoin.

The purpose of the subpoena

According to a New York Times post, the regulator started sending out requests for information to ICO companies last year and has continued to do so in recent months. The SEC is also sending information demands to lawyers and advisory firms that have supported ICO companies.

“The purpose of the subpoena by SEC is to determine if any wrongdoing is being done. Since SEC has hinted for some time now that they are treating ICOs as a digital security, it’s only a matter of time before they start to investigate these ICOs for their structure, sales and investors to determine that they are not scams to defraud investors.” notes Mohd Al-Shazanous, CEO/CFO & co-founder at Hada DBank.

Questions have emerged on whether the SEC is doing the right thing in demanding information from ICO companies considering that clear regulations to govern cryptocurrencies are not yet in place. Players in the digital currency space hold different opinions about this.

William Skelley, co-founder of William Chris, a Dubai-based consulting firm founded by David Drake and Simon Cocking, thinks the SEC is doing what it is expected of it.

He says: “I have a ton of respect for the SEC and love that they are protecting investors. The SEC did the same thing in the crowdfunding industry when I was the CEO of iFunding, one of the largest real estate crowdfunding platforms. At the end of the day, the SEC is there to protect investors. Companies that receive subpoenas should work with them to provide all the information they are seeking to ensure there is no wrongdoing.”

On his part, Al-Shazanous thinks it’s still too early to tell but anticipates strict regulation of ICOs moving forward.

He says: “It might be too premature to say whether this is the right thing or not, but we can safely say there will be a lot more regulations concerning ICOs in the future and it won’t be as free as before for ICOs to operate anymore.”

The recent wave of subpoenas is a strong indication that the SEC is cracking down on the growing cryptocurrency market and, more specifically, ICOs.

Skelley advises companies to contact their lawyers immediately they receive a SEC subpoena. “Call your lawyer immediately. This is a must.” he says. He  further explains why the SEC sends subpoenas to companies:

“The SEC typically sends a subpoena for one of two reasons – you are either a direct target of a new or ongoing investigation or you are involved somehow with an entity or individual that is under investigation,”

Skelley advises subpoenaed companies to cooperate fully with the SEC and provide all the information required. “A quick and open response while working with the SEC is the best way to cooperate.” he says.

When handling an SEC subpoena, Skelley says: “It is important to not freak out and most importantly, do not delete any emails or records you may have. Most SEC subpoenas will clearly state this and violation of that request is a serious charge.”

To avoid being subpoenaed by the SEC in the future, ICO companies can do several things.

Even so, Skelley emphasizes that it all starts with understanding the nature of the offering an ICO company is making.

“You need to really understand what you are offering and the structure you are using. Is your ICO a utility token or a security token?” he says. Getting clarity on this enables you to figure out how you can comply and be proactive with the SEC.

“After you determine this, you can hire the appropriate legal team to ensure you are in compliance and are properly using any exemptions the SEC may offer such as Regulation D or Regulation CF. I suggest you share what you are doing with the SEC to keep an open line of communication.” Skelley adds.

“By focusing strictly on accredited investor firms in the US, there are several options depending on specific legal advice obtained by each company. Obtaining exemption under Simple Agreement for Future Token (SAFT) is one way, or contracting a firm that has licensed commodity traders making sales. This, in some cases, could be in compliance with security laws.” he says.

At the same time, Merino insists on working with representatives who hold a securities license and register their token sales with the SEC.

“Also, almost certainly, all reps that close crypto/token deals in the US, must have a securities license so as to, hopefully, be in line with the expected upcoming SEC guidelines. Last but not least, if legal advice so dictates, register and file in the US for security tokens with the SEC prior to launching any token sale. None of the info herein is any advice whatsoever. Each specific case requires all the prior appropriate legal advice by a reputable US law firm.” he adds.

Most importantly, Skelley advises ICOs not to rush into launching token sales until they have fully complied with SEC requirements.

“If you are unsure whether or not you are 100% compliant, get more advice and do not move forward until your legal team says you are ready. Skipping steps to rush to market is how you get in trouble.” he says.