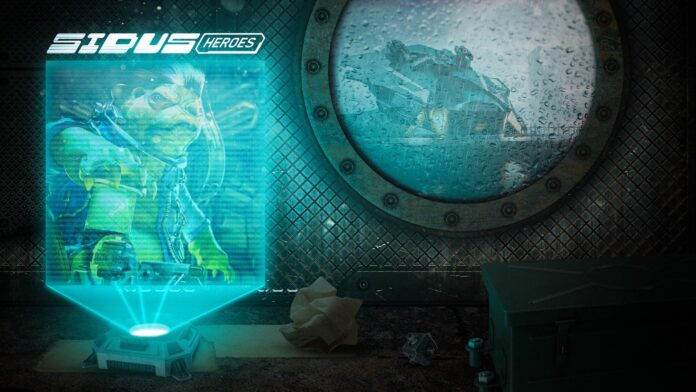 NFTs gave a new face to video gaming. As the most buzzworthy word of this year, they have proven to be excellent cash grabs. No wonder there is an NFT game popping up every other week.

The latest to take the dive into the craze is SIDUS NFT Heroes. It is a next-gen AAA+ browser gaming metaverse that implements a play-to-earn gaming model. To enter the metaverse, players need to get hold of a gaming character that will be initially an NFT from one of the SIDUS collections.

How does it work

SIDUS is set in a space metaverse. Here, technology has advanced enough that all living beings have become one with it. It offers multiple gaming scenarios to users ranging from interstellar exploration, battles and settlements, as well as scope for political, social, and economic development.

The foundation of the game is scarcity. It has a closed economic system that relies on a limited amount of resources. A play-to-earn model is integrated into all in-game items. Interestingly, it also follows a two-token-based system.

SIDUS metaverse is now ripped apart by wars. Chaos and clashes reign the space. Likewise, the characters and their features and outlook on life are not voluntarily chosen. They were imparted to them by the tech-race they were born into. In this bloody world, everyone is vying for excellence and power. However, ultimately, they are trying to find a common ground so that they can collaborate and advance.

Players can build connections and meet fellow nomads inside the game, build and equip their spaceship to go on intergalactic missions, or rob the galaxy as pirates loot the seas.

The metaverse has two tokens — SIDUS and SENATE. You need these tokens to buy and sell a variety of NFTs on the platform. For the exchange of lands and plots, SENATE is the only way to go. And, as the name may have given it out, it earns you voting rights as well.

Since the ecosystem follows a deflationary mechanism, there will be positive pressure on the tokens to stay in demand.

What to know about HEROES NFT Collection

NFTs are a key aspect of the game.

There are a total of 6,000 unique characters with varying levels of rarity that constitute the original SIDUS: NFT Heroes collection. Their rarity is divided into four — Original, Rare, Legendary, Partnership. They serve as an entrance ticket to SIDUS.  And some of these NFTs can be used for staking and wrapping as well.

While NFTs from the founding collection grant users an array of privileges like royalties and staking, Academy NFTs, on the other hand, don’t entitle users to additional bonuses or farming opportunities.

Where to buy SIDUS NFTs

The more important question obviously is, are they worth buying?

Let’s see. While we can’t give you an outright answer, we can share some of our observations about the project. For starters, the NFTs are super good-looking. They should be, given the amount of expertise that has gone into their making, as revealed by the whitepaper. They are customizable too. The project has an ultra-futuristic theme that is engrossing enough to keep players going. The tokenomics model is robust. The deflationary mechanism, if in place as planned, will make the tokens attractive as a long-term hold. Coming to credibility, the project is backed by 50 top VCs including Animoca Brands, Master Ventures, and Polygon.

👏Our team is honored to announce that we have secured the support of 50 of the top VC funds in the sphere of blockchain gaming and over 100 funds and business partners from related fields.
https://t.co/daEtyrluea #SIDUSHEROES #P2E pic.twitter.com/2TCoScRz55

However, as is the case with most projects in the space, it is too early to say whether the game is going to unfold as per its vision. So make sure you do adequate research before making an investment decision.

SIDUS NFTs are available for purchase on popular NFT marketplaces like OpenSea and Rarible. There are a total of 5100 pieces for sale, amounting to a market cap of $14.6M. The floor price of the collection is $3300. The highest sale was recorded at $62,000.