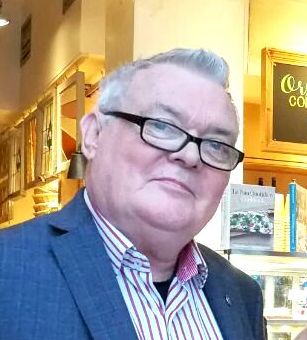 John serves as the Chief Investment Adviser for Relex, and is in charge of filtering and selecting investments that meets the standards of investors that are looking for higher yield opportunities, in order to provide better access to promising real estate developments in emerging markets. He describes himself as a 68-year old contrarian Scot who loves disruptive technologies and ideas.

What is your background?

I spent a life time as a journalist, editor and marketing executive, mainly in emerging markets from the Arabian Gulf to Russia. Among the media I contributed to were the Financial Times, Wall Street Journal, and AP Dow Jones.

For the last 24 years I have been working with Russia, including 14 years living in-country. I travelled widely and speak basic Russian. For some years, I represented the UK in the Council of the Association of European Businesses in Russia, the most effective expat lobbying group in Russia.

Does it seem like a logical background for your role with Relex?

Exposure to Blockchain, Crypto coin and tokens has been like a baptism of fire! A few months ago, I had only heard of Bitcoin as reported in the main stream media. Since then the Relex founders whom I knew from Squawk Advisors have been working overtime to educate me. Doing my first trade recently using the Etherdelta, Stocks.Exchange, and Kraken exchanges was an achievement for me.

That said, I am able to bring my experience with reporting on project development and dealing with government officials to my role as the Relex Chief Investment Adviser, and my intimate knowledge of Russia secures my position as Russia Country Manager and allows us to take advantage of the undervalued assets in that vast country that extends from the borders of Europe, to a narrow strait separating Northeastern Russia from Alaska, and in the Far East of Russia with a land border with China and North Korea.

What are you doing now?

Building the Relex name in the media to reach potential investors and developers. Because we went straight to market rather than doing an ICO fund-raising, we avoided all the controversy with government regulatory concern over the abuse of ICO’s, but it is a longer haul to get awareness, which means that at this point the Relex price is at the starting blocks, and offers great bargains for the first level investors. Relex trades as RLX on Etherdelta and Stocks.Exchange.

We have just signed our third capital-raise contract. It is with Marine City in Vung Tau, Vietnam. The first stage requirement is for US $ 35 million.

I am currently negotiating with a broker who has three hotels for sale in Russia, and an Indonesian oil man with three production sharing agreements who are currently seeking investment.

How can people find out more about your project?

Through our web site www.relex.io and through articles like this. Our team are making presentations on a regular basis wherever they are.

What are the strengths of Relex?

First of all, our team of people with diverse backgrounds and experience. Secondly, our focus on Real Estate developments with absolute transparency between the Relex Investor and the projects he/she elects to fund. By asking our token holders to signal their interest in specific projects, they build a bond with the developer. While we will work anywhere in the world, we are focused on emerging markets where there is lower transparency expectations than in markets such as New York, London, and Frankfurt, but where the opportunities can be great.

What are your expectations for the rest of 2017 and looking ahead?

I expect we will sign another two or three fund-raising contracts with developers in emerging markets this year. For 2018 and beyond, I think we will see a dramatic increase in interest in Relex as the word gets out, and the value of the tokens will rise quite dramatically. In Q1 2018 we will open representation on the ground in Vladivostok, Russia’s window into Asia and the Pacific, which has been selected as the pilot city for two Russian state blockchain cryptocurrency projects. There is tremendous scope for development there, both within the Vladivostok Free Port which covers 15 municipalities in the immediate region, and the open skies policy of Vladivostok airport with 400 million people within a quick 2 hour flight. The hot summers and harsh winters of Siberia to the west are moderated by the Pacific waters lapping the coastline. It is an exciting time to be in a sector that is disrupting the established mores and practices of real estate.