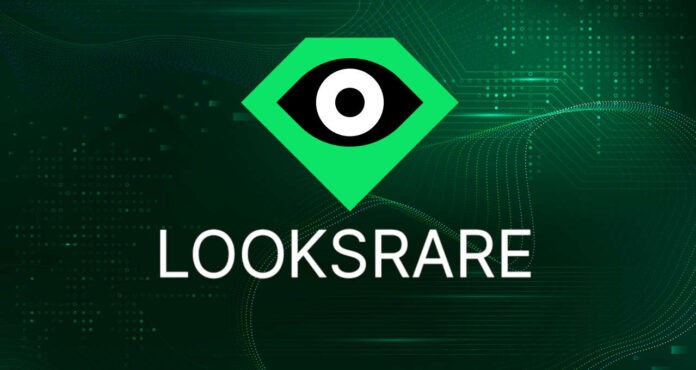 The new NFT marketplace LooksRare has launched with an airdrop to OpenSea users who traded NFTs for a total volume of at least 3 ETH.

Beating out OpenSea on Airdrop

The LOOKS airdrop rewards OpenSea users based on their prior trading volume of the NFT marketplace, accumulated over all trades that used ETH, WETH, USDC, DAI, SAND, GALA, or MANA as settlement currency.

It is rumored that OpenSea will launch a token and conduct an airdrop itself to its numerous users, but so far, no official plans for an OpenSea airdrop have been revealed. On the past year’s Christmas day, The Open DAO also launched with a remote retroactive airdrop to OpenSea users.

Besides claiming LOOKS tokens in the airdrop or acquiring them on the secondary market, NFT traders on the LooksRare marketplace can also earn tokens in reward. Additionally, there is a staking program, which rewards LOOKS and WETH, and a liquidity mining program that rewards LOOKS for locking up LOOKS-ETH LP tokens on Uniswap.

At the time of writing, LooksRare’s website estimates an APR of 964% for staking and 1,003% for liquidity provision. At its current valuation, LOOKS has a market cap of just under 70 million USD.