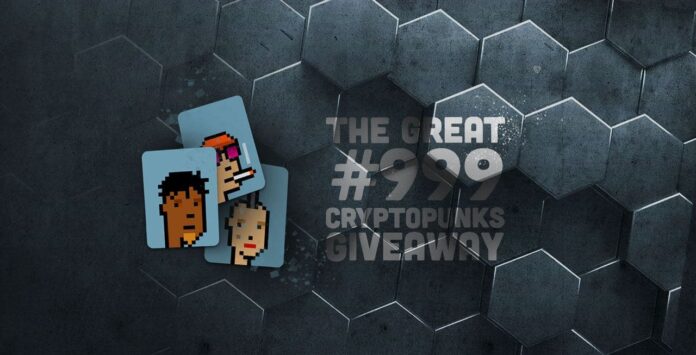 EtherCards will celebrate the launch of its community token (Dust) on September 30 by giving away 30 CryptoPunk NFTs.

This is random but, I think you should be aware in the event you want DUST that is valuable on September 30th @ether_cards will be dropping 27 Million $DUST tokens onto Ether Card holders..and 1 Million DUST tokens can be used to redeem a punk from the pool of 27 punks.

Dust tokens will be distributed to all card holders

On September 30, a total of 27 million Dust tokens will be distributed to all holders of at least one EtherCards NFT. Each owner of a Founder tier NFT will receive a distribution of 1,000 Dust, while owners of Alpha cards will receive 10,000 Dust. Owners of the highest tier, OG cards, will enjoy a giveaway of 100,000 Dust per NFT. EtherCards has also announced that owners of their NFTs will receive further contributions in the future.

In order to make their community token valuable, EtherCards has obtained 27 CryptoPunk NFTs, which are redeemable for 1 million Dust each. Three further CryptoPunks will be distributed through an event called Battle Royale, whose details will be announced soon. EtherCards has also announced that Dust holders can use their community tokens to redeem 30 Meebits NFTs and 25 Mike Tyson NFTs.

EtherCards has started on the right foot

The initial sale of the EtherCards NFTs on March 18 was one of the most successful NFT drops in 2021. Within just 24 hours, the project turned a revenue of over 9 million USD with Founder cards starting at a price of 0.3 ETH. At the time of writing, the cheapest cards on OpenSea start at a price of 0.54 ETH.

The idea behind the project was to create a gamified environment for NFT drops. For this purpose, each EtherCards NFT has a set of special traits that grant its owner various benefits within the EtherCards ecosystem, such as fee waivers, discounts, or the chance to receive free NFTs. As such, EtherCards function as something akin to a membership card, in addition to the digital artwork. With the introduction of Dust, each card will now also steadily mine an ERC-20 community token that is fully transferable.